Home » Entertainment » A Crime Scene at the Border

On Tuesday, June 25, Rosa Ramírez was filmed at home in San Martín, El Salvador. Ramírez stands by a doorway in a small interior. She is distraught, and her large brown eyes glisten in the glare of camera lights.

“The last message he sent me was Saturday. He said, ‘Mama, I love you.’ He said, ‘Take care of yourselves because we are fine here.’ ”

Her face is puffy from weeping. “When I read that message, I don’t know, it made me want to cry because I saw it as a sort of goodbye.”

He lies face down in water, his black shirt more than halfway hiked up his back. A toddler, also face down, is tangled up in his shirt. They lie side by side, her arm draped across his neck. He wears black shorts. On her, red pants pulled up past the calves, the telltale bulge of diapers, tiny shoes. Blue beer cans bob in gray-green water around them. The rushes on the riverbank grow profusely.

The photo, which shows Ramírez’s son, Óscar Alberto Martínez Ramírez, and his daughter, Valeria, was taken by the Mexican photojournalist Julia Le Duc. Martínez and Valeria had traveled from El Salvador and had been in Mexico a couple of months. Disheartened by a torturous asylum process, they tried to swim across the Rio Grande from Matamoros to Brownsville, Tex. Both drowned. Martínez was 25, Valeria nearly 2.

In the video, shot three days later, Rosa Ramírez speaks as one for whom all hope is gone. On Saturday, she was reading a message from her son. By Tuesday, the cameramen recording, she had herself become news. 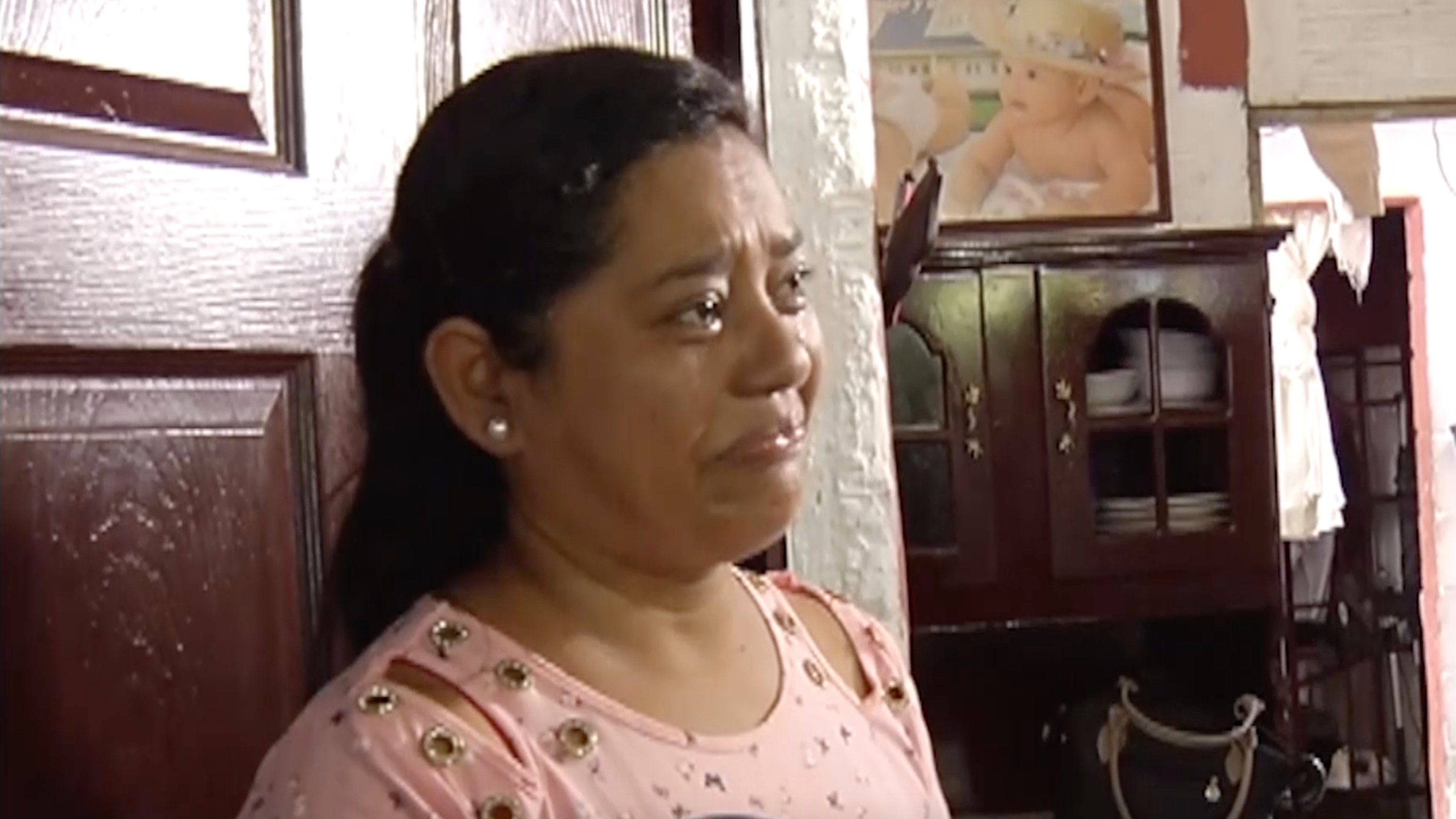 Martínez and Valeria are two of the hundreds of people who will die on the United States-Mexico border this year. They are two of the thousands who have died in the past decade in awful circumstances. On the border, people have died alone or with others, in the desert or in water, of exhaustion or of thirst, shot with bullets or attacked by wild animals.

When The Associated Press distributed the photograph around the world, it did so within the conventions of news reporting: Something happened somewhere, someone photographed it, the image was picked up by a news agency, and it went out to the international press. This photograph was published in the pages of The New York Times, The Washington Post, The Guardian, The Wall Street Journal and countless others. In news reports and opinion columns, it was lauded as an act of witness, and the hope was widely expressed that it might activate the conscience of the American government and spur a change on the border.

Brutal images easily elicit sympathy. But as Susan Sontag noted in “Regarding the Pain of Others,” “Our sympathy proclaims our innocence as well as our impotence.” It is true that a very few images of suffering have catalyzed changes in policy. But it is equally true that terrible images are published all the time, thousands of them each year, and a vast majority change policy not one iota. There have been truly astonishing (and sickening) photos from Gaza, Lampedusa, Yemen, Kashmir. But governments, in spite of an abundance of memorable photographs, regularly fail to honor the legitimate claims made before them by persons seeking safety and dignity.

Perhaps too much is made of individual photographs. What if we had, for each incident, not one photograph, but a hundred? What if we had photographs taken across the span of time showing not just what happened in Matamoros in June 2019 but what led to it? Would we be able to hold on to our innocence?

In the 1980s, Presidents Ronald Reagan and George H.W. Bush supported El Salvador’s military-led government in a civil war against various leftist groups. The government’s atrocities have been well documented, and tens of thousands of Salvadorans died. Hundreds of thousands more fled to the United States. In the mid-’90s, President Bill Clinton allowed the “temporary protected status” of Salvadoran refugees to expire after the end of the civil war there, and many of those who were forced to go back formed or joined the gangs at the core of the current violence in that country. In June 2014, President Barack Obama declared that Border Patrol agents “already apprehend and deport hundreds of thousands of undocumented immigrants every year.” In 2017, dozens of suspected gang members were illegally executed by United States-funded Salvadoran security forces.

In January 2018, the Trump administration announced its intention to end temporary protected status for nearly 200,000 people from El Salvador who were in the United States after a series of devastating earthquakes there in 2001. This would cut off the ability of those people to support poor relatives back home, threatening further injury to an already wounded Salvadoran economy. In April of the same year, Border Patrol agents began implementing a “metering” policy that slowed the processing of asylum claims at the United States-Mexico border to a trickle, creating a huge backlog. In June 2019, the United States vowed to provide no further aid to Guatemala, Honduras and El Salvador until they reduced the migration of their nationals to the United States — a cruel and counterproductive measure.

How would such a relentless catalog of inhumane policy be photographed? Momentous political decisions, often made by men in suits in quiet, evenly lit rooms, do not tend to generate visual drama. The photographs might only show someone signing a document or in the middle of a speech. They might show a president, a member of Congress, a Border Patrol agent, a lobbyist, a judge, a citizen at a political rally or in a voting booth.

What if these photographs, in all their bureaucratic banality, were presented alongside the photograph of two drowned people? It would be a strange juxtaposition, a strangeness out of which some vital truth might be articulated. And what if the photograph with the dead bodies was omitted entirely and only the policies that led to the deaths were shown? Would we still be shocked and saddened? Or do we need the spectacle of corpses to make the story real?

The media’s defense of the publication of Le Duc’s photograph was familiar: that it is the job of the press to disseminate the truth, no matter how bitter, and that by showing the bitterest truth, some justice might be done. But a photograph of a dead child on the United States-Mexico border is not, by itself, the bitterest truth. A bitterer truth might be to convey that what we are looking at is not an accident: It is a crime.

The bitterest truth might be to show that the crime was committed by the viewers of the photograph — that this is not news from some remote and unconnected reality but that it is rather something you have done, not personally but as a member of the larger collective. It is you who have undermined their democracy, you who have devastated their economy, you who have denied their claim to asylum. These are not strangers requesting a favor. They are people you already know, confronting you with your misdeeds.

That is not how such images are typically presented or understood. So, what happens if evidence of your crimes is presented to you over and over again but you do not accept culpability? What happens is that your assessment of this evidence becomes ever more disingenuous. It’s a pity, you say. It’s unfortunate, outrageous, heartbreaking. You make these declarations — which are partly true but mostly false — and life goes on.

But what also happens is that the images enter an aesthetic realm, detached from the human pain from which they emerged. It is too easy to forget Rosa Ramírez standing in her home, mourning as many of us would, and it is too easy to remember the striking photo of her dead son and granddaughter. The publication of such images is often followed by speculation about which among them is likely to win prizes. In certain cases, the photographer of the spectacularly terrible image is immediately congratulated by his or her peers, for some glory is surely on its way: a Pulitzer Prize perhaps, or a World Press Photo award.

And this slope slips down to that ever-louder demographic that exults in making America great again, among whom the brutal images do more direct work. The images show foreigners getting what they deserve and, far from being an indictment, they portray a natural order. “Reality is don’t be illegal,” as one commenter on the Times site puts it. “The bad judgment of the father in attempting to swim a river with a toddler on his back is his responsibility,” another suggests.

The weak and the disesteemed should suffer, and indeed they suffer. They should die, and indeed they die. The world is what it is. Not only is it easy to bear other people’s misfortune, but their very suffering confirms that they are undeserving of mercy.

Photographs of extreme suffering will continue to be published; few publications will pass up the opportunity to feature a memorable image. If the past is any guide, they will be published in a way that does not particularly challenge those who wield the power of life and death over others. For instance, describing its decision to publish Le Duc’s photograph, The Times said it was careful not to make a “political statement” or convey “a position on the issue of immigration.”

Nor is it likely that the asymmetry between those whose pain is turned into news and those who “consume” the news can be corrected. There are powerful, almost incontrovertible, codes of decorum maintained by and for people who are thought of as white, or who have been invited to participate in whiteness. The racial disparity in published photographs of traumatized bodies is by now a recurring, and almost tedious, question. Media organizations have standard (and often grouchy) ripostes to the question each time it arises, usually involving an appeal to newsworthiness. And yet, newsworthiness rarely brings destroyed white bodies to the front page of the newspaper.

The questions we need to ask now are more urgent and more discomfiting. What sort of person needs to see such photographs in order to know what they should already know? Who are we if we need to look at ever more brutal images in order to feel something? What will be brutal enough?

These photographs are mirrors, not windows. We look into them, and what they reflect back to us is something monstrous and hard to reconcile with our notion of ourselves. We look, and look, and then — sated with looking, secure in our reactions, perennially missing the point — we put them away.

Teju Cole’s most recent book, co-authored with the photographer Fazal Sheikh, is “Human Archipelago.” He teaches at Harvard.