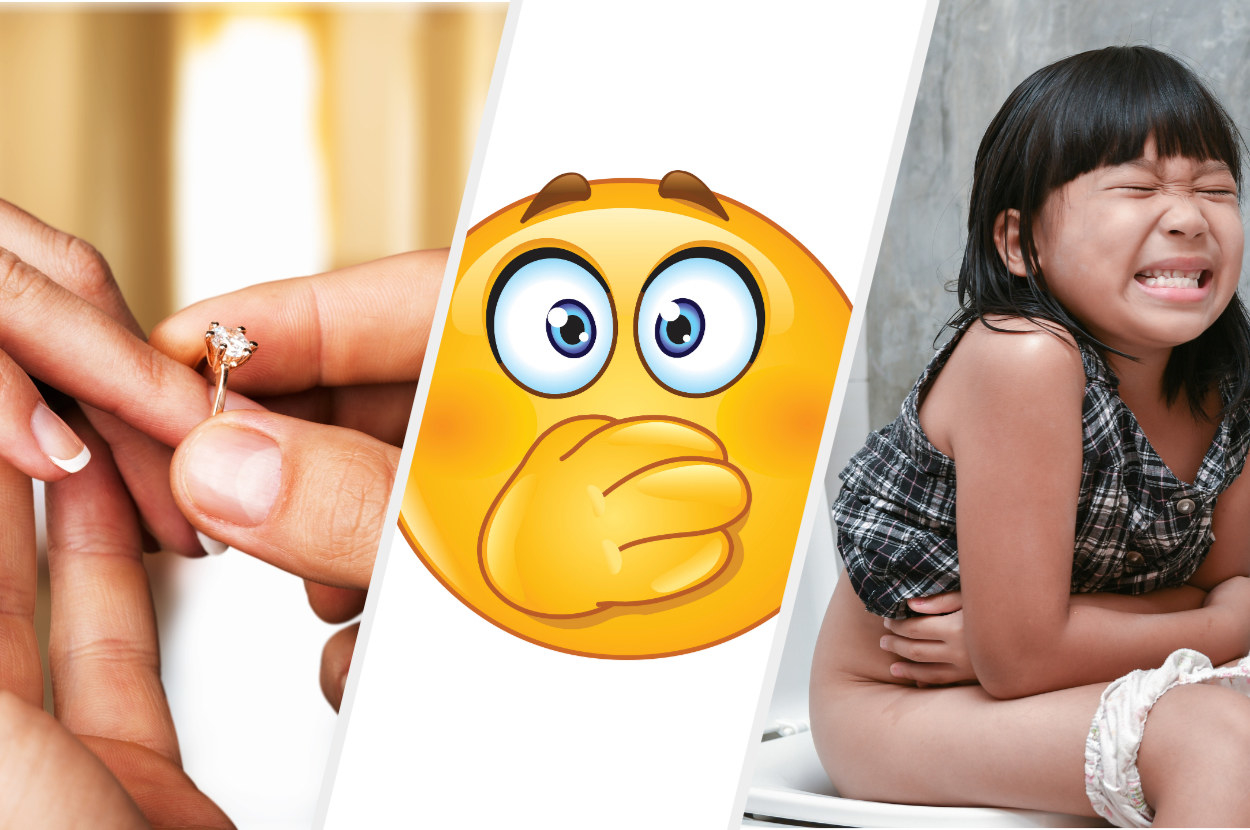 This story is part of Protect Your Parents From the Internet Week.

Parents can ignite embarrassment that burns our faces hotter than the summer sun, brings our heart rates near exploding, and makes us wish we were born with a genetic mutation to become invisible. And that’s WITHOUT the internet.

Hand them a social media account or two — with hard-to-navigate privacy features and never-fully-explained social norms — and you’re on red alert for disaster.

We asked the BuzzFeed Community to tell us about a time when their parents blew up their spot on social media. We got stories involving TMI, spying, and a cringe-inducing case of accidental liking. (Oh, and that’s without the drama surrounding weddings.)

Here are 32 times when what your parents did online made you cringe.

1.My parents posted on Facebook that I would be missing school because I had diarrhea.—cheyfaye914 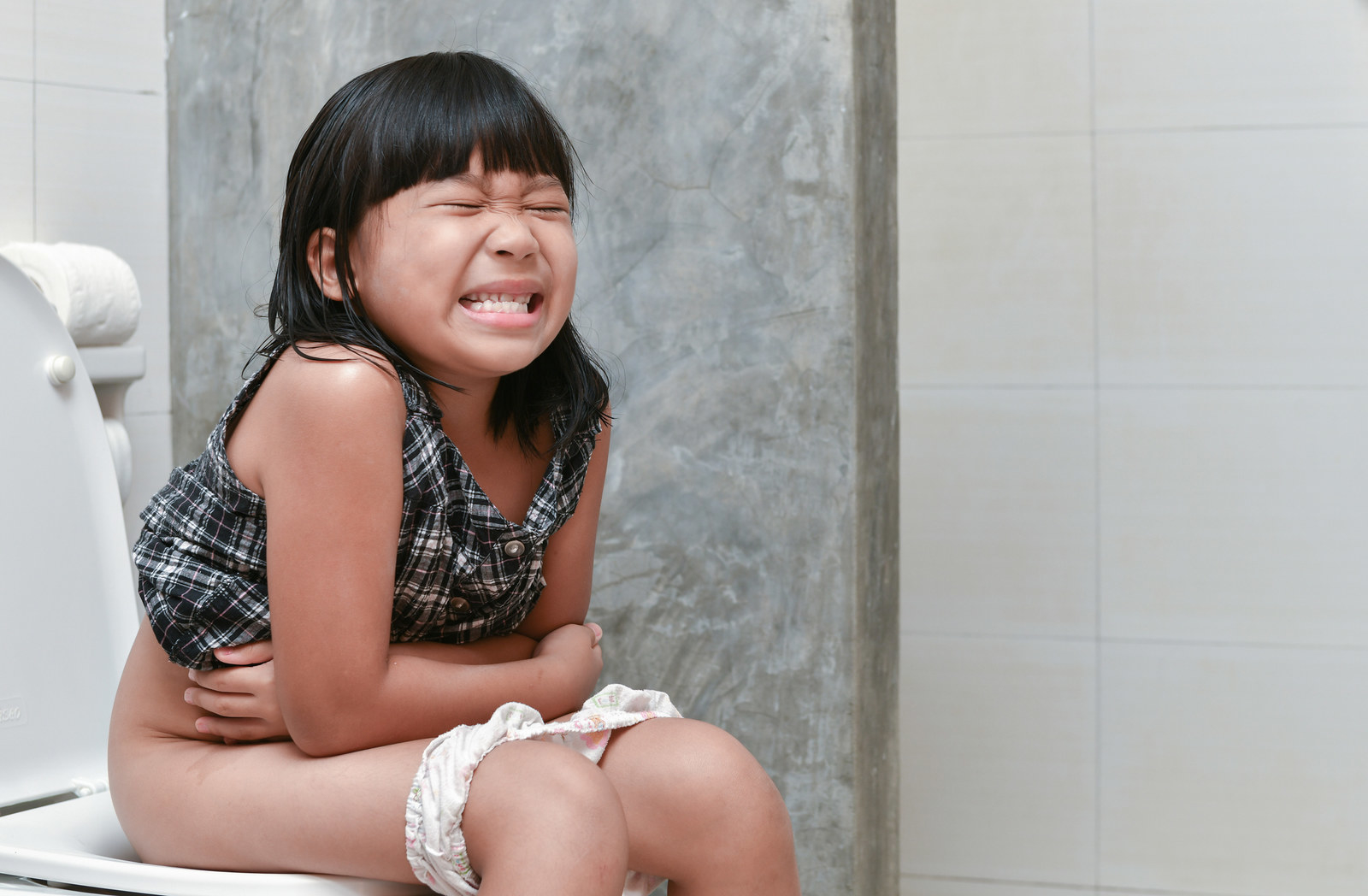 2.When I was in seventh grade, my mother told my family I was a lesbian. Not being a lesbian, I had to call my entire family to un–come out.—cbass2019

3.My mom posted on Facebook that I was pregnant.

Less than 24 hours after I announced it to her and specifically asked her not to tell anyone. —smagana91

4.My poor stepdaughter’s biological mom made a cringeworthy post on Facebook that my stepdaughter “got her first period.”

It’s been years now but I still feel horrible when I remember it. —wildbarefootandfree

I was creeping my high school boyfriend’s wedding photos on Instagram and I decided to show my mom. She double tapped, trying to zoom in the photo, and ended up LIKING the picture. I screamed, I cried, I threw my phone. It took over seven years to forgive her. —90arieugonv 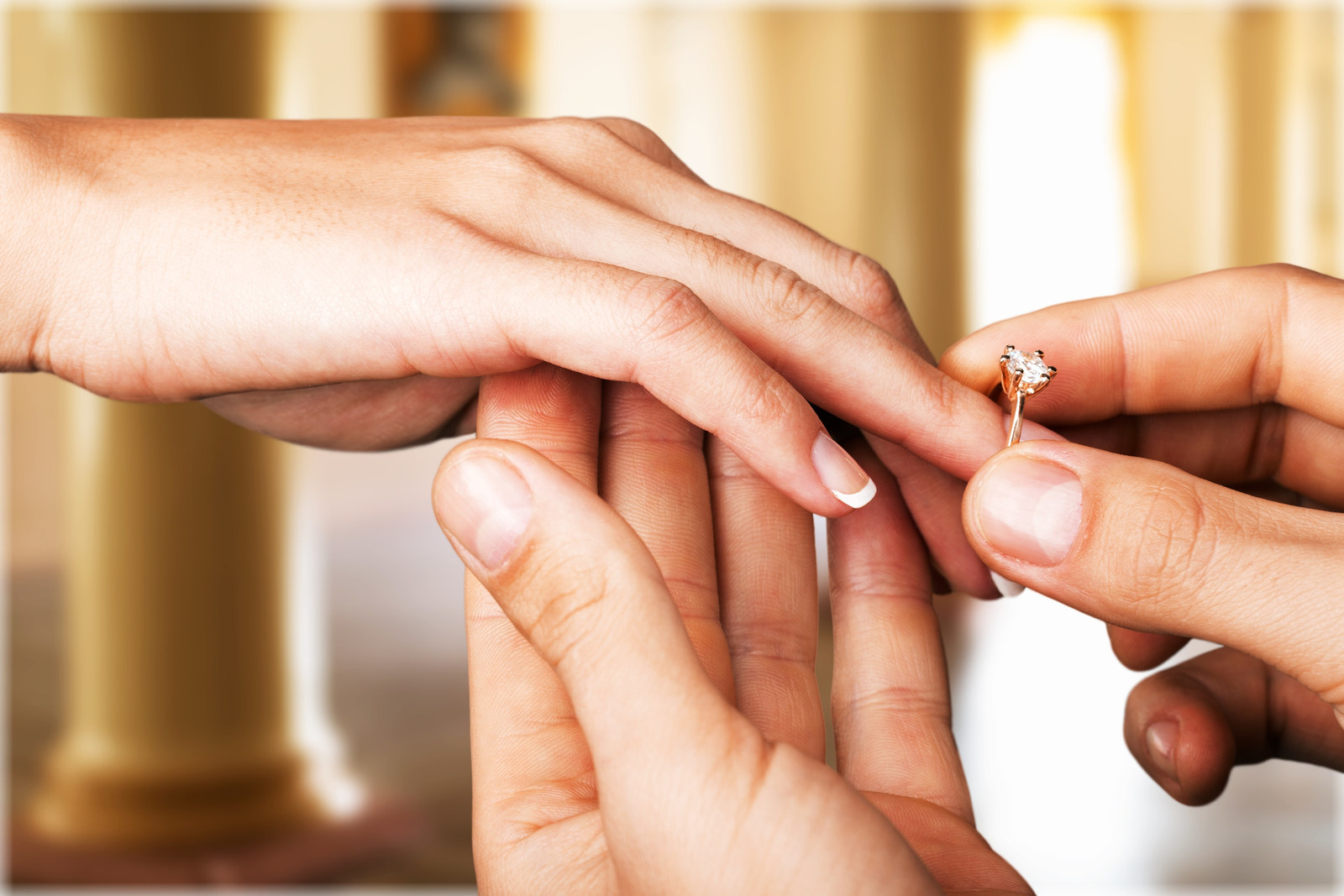 I didn’t even have a chance to tell some of my closest friends. I was angry she didn’t let me tell people on my own terms. —laurenl454f72bb8

7.His mom posted pictures of someone’s engagement 10 minutes after it happened.

My husband’s brother proposed to his girlfriend on a family trip. His mom was there and took pictures on her phone of the proposal. Not 10 minutes afterward, she posted them to Facebook and tagged the girl so that it showed up on her timeline. Poor girl literally didn’t get to tell any of her family or friends personally because her future mother-in-law blasted it all over the internet immediately. —lizzylee45

8.My mother posted pictures of my bridal appointment on Facebook.

My mother posted photos on Facebook with her opinion on each dress. She justified it by saying, “I’m not friends with your fiancé. He can’t see them.” —karleyannek

9.My dad posted a picture of me trying on my wedding dress. 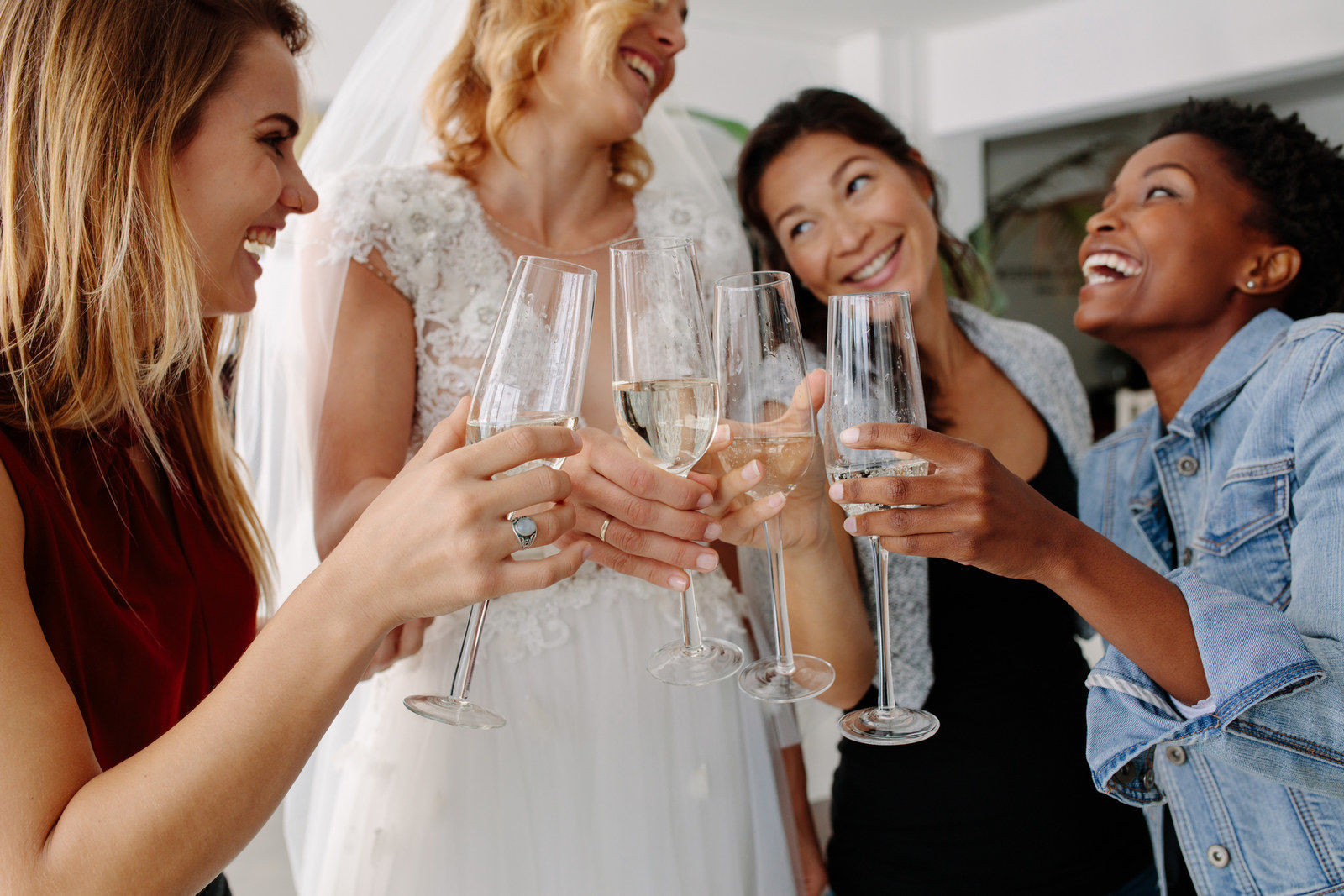 He was completely befuddled when I explained the groom would be able to see it. He ended up deleting it, but I was pretty damn peeved. —coleelolee

10.My mom posted all my wedding pictures from the photographer on Facebook while I was on my honeymoon.

11.My grandmother published all our wedding preparations on Facebook — where it was going to be celebrated, how to dress, when it started. We had not even distributed the invitations.

To top that, she explained two days before the wedding that she didn’t know when and how the party would take place because she hadn’t received an invitation (she had). —adinac4cf7a3102

12.My mother-in-law posted pictures of my newborn on Facebook.

She announced her arrival before my husband and I even had a picture of our new family all together. I was, and honestly still am, livid about it. —hsmith1075

13.I found out that my grandmother passed away because my father posted about it on Facebook.

The same thing happened this past year to my sister when she was in Europe and our other grandmother passed. My aunt and several other people posted about it and she had to read about it. Social media isn’t the place to pay respects, people! Comfort and surround yourself with your family, not a keyboard! —elisaday20

14.My mom messaged my friend and told him that his Myspace background was satanic and he needed to take it down. 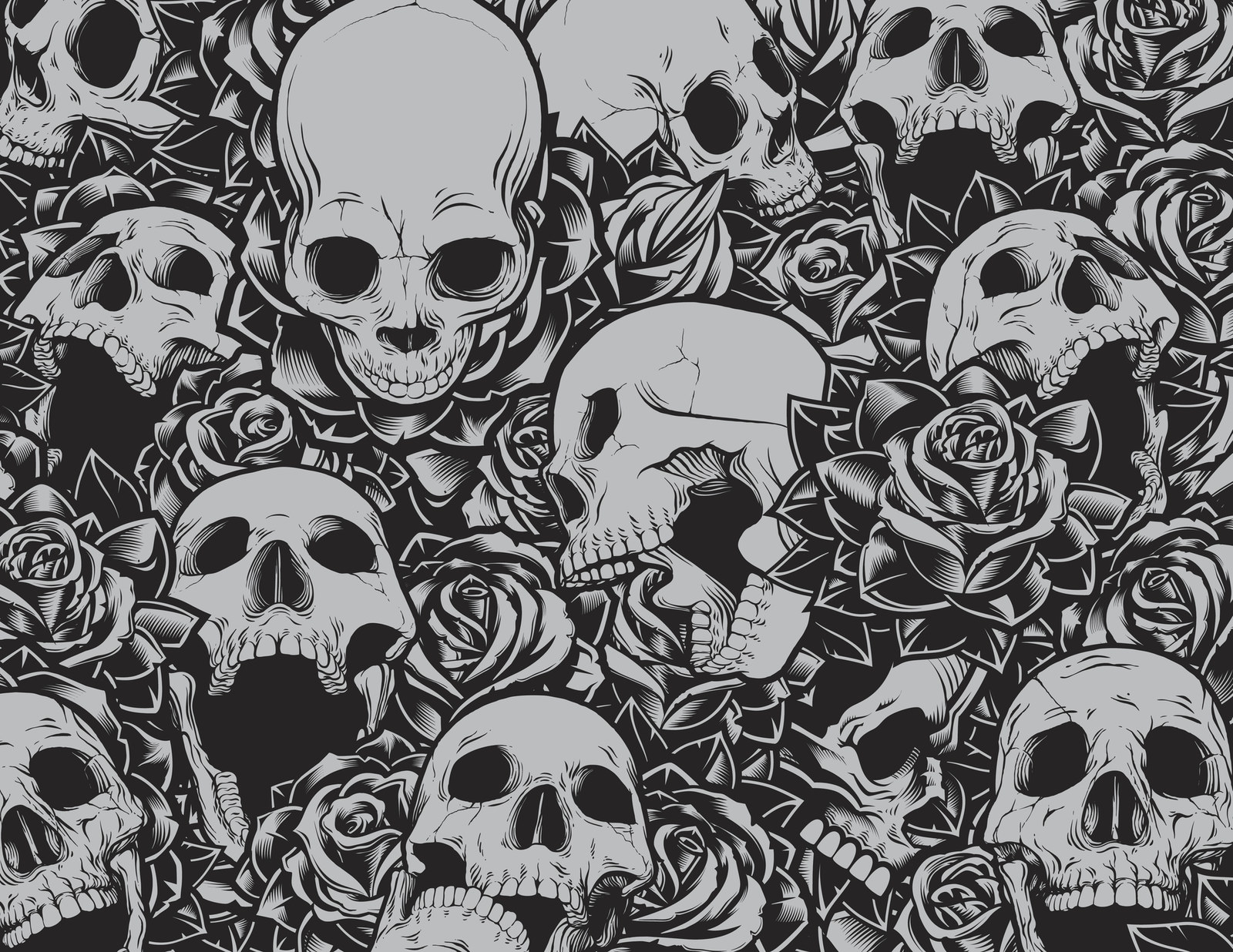 When my mom first got on Myspace years ago, she came across my friend’s profile. It had skulls all over it, so my mom messaged him and told him that his background was satanic and that he needed to take it down immediately or she would tell his mother about it. —ashleys4a266e5cb

15.I posted a pic with some cleavage and my mom commented, “Since when do u have boobs?” —@xmialgx

16.My mom messaged all the boys I was talking to, pretending to be me.

My mom “hacked” my account, by knowing the answers to my security questions (duh). I was having a blast talking to boys all over the country. She messaged all of them pretending to be me and embarrassed the ish out of me. —owen91

18.My mother posted about my miscarriage on Facebook, without my permission, two days after it occurred.

The worst part about mom’s post was that it was an attention-grab — “Feel sorry for me, I lost my first grandchild” and nothing about myself or my husband and our loss. I’m still a little bitter over that a year later. —rebeccad37

19.My father had posted a vile photoshopped picture that basically said, “All people of the Muslim faith should die.”

While in college, I fell in love with a man from a Middle Eastern country. One morning I woke up to him telling me that my father had posted something on Facebook that had him questioning being in a relationship with me. Sure enough, my father had posted a vile photoshopped picture that basically said, “All people of the Muslim faith should die.” I unfriended him on Facebook after that. —j40e7fbb30

20.My mom IM’d my friends, badgering them to ask me out to homecoming.

So, it’s like 2002 and ICQ is a relatively new fad in my small town. I go into sophomore year of high school and none of my old friends want anything to do with me. I find out that my mom had IM’d a couple of them, but one dude in particular, basically badgering them to ask me out, take me to homecoming, etc. The entire small school thought that I was using my mom as my wingman/henchman! I never really forgave her for that one. —tiahnaleigh

21.My dad followed me on Twitter and grounded me (on Twitter) after I tweeted about drinking. —@rinkenny

22.My mom shared news of my new job before I had put in my notice for my old job.

I hadn’t told most of my friends that I would be moving yet. —emilyb4466d9b8b

23.On my way back from deployment, my mom posted my flight time, where I was coming from, and how many people were with me. This is a huuuuuge violation.

Not just of my business, but of security that we get trained on not to do all the time. Her post could easily have been an example in operational security training. Now I always tell my mom not to post stuff about my job and she has the nerve to get offended by it. —childrenofthecornbread

Imagine how mortified I am when I am scrolling IG and it’s just me. So cringeworthy. I’ve had to stop sending her pictures of me. —l48cbe8034

The domain is my first and last name. I’ve asked him to take it down now that I’m out of college and employers might google my name. He refuses to take it down. —corinneg4ba563e7f

27.Back when I was in fourth grade, my mom made me a Facebook page and decided to post some pictures of me. 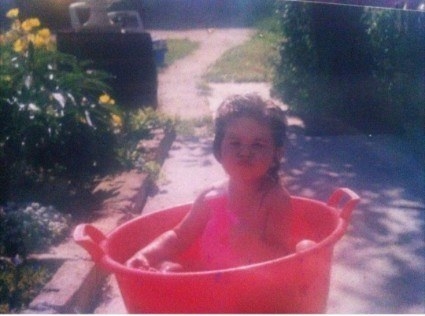 At first it was all cool and everything, but sometime afterward, I realized that she posted a picture of me as a kid bathing in a laundry basket. I didn’t know how to remove it and it’s still there. —l4502a4a3a

28.My dad posted a selfie I had taken under the water with the GoPro where you could see a partial nip slip.

A couple of years ago I went to the Caribbean with my family. My dad posted Every. Single. Picture. To Facebook. He even posted a selfie I had taken under the water with the GoPro where you could see a partial nip slip, and now it’s on the internet forever. I messaged him to please delete my pictures and then commented on the ones I wanted him to delete. THEN he got mad, and went to my profile and commented, “DELETE I DON’T LIKE THIS” on the two pictures I had posted. —javibanderas

29.When I was 7 I made a cover of the song “What Does the Fox Say?” and also made up a few other ridiculous songs. My dad found them and decided to post them on Facebook.

All of my teachers saw it and teased me about it until the end of the year. Good times. —evp722

30.My mom had a couple of websites made about me and my sisters because we are triplets. Some classmates printed embarrassing pictures of us taking a bath from my mom’s website and spread them across the entire school. There were dozens of them everywhere. 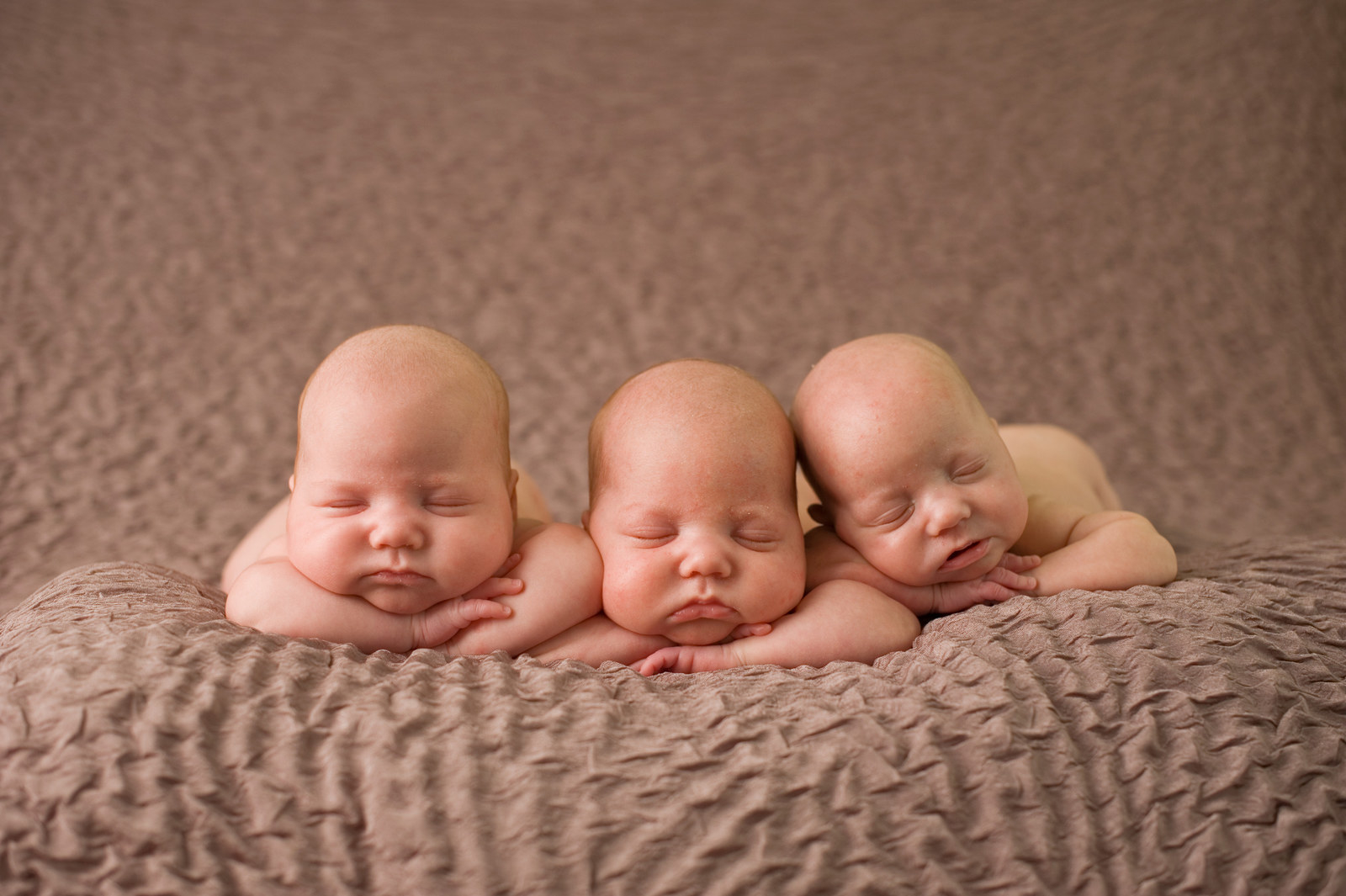 Then someone stole all our baby photos and pretended that we were her kids and had a terminal disease and needed donations. When people figured out they had been scammed, they came to my parents to complain. My parents were harassed for months. —mandykleinv

31.I had just gotten a mastectomy, after grueling months of chemo. Literally four hours later, my mom took a picture of me sleeping in the torture device — I was wrapped in post-surgery with my drains on display — and posted it on Facebook.

It was just a very vulnerable time for me and didn’t feel it necessary to share with people I have never met before. —jordanb4e9ceb9b7

32.In the picture she posted, you could partially see my pubic hair.

I got a tattoo on my lower abdomen and sent my mom a pic. Without asking me, she posted the pic on her Facebook talking about how ugly it was. Her legions of old lady friends (all of whom had never met me) swarmed the comments saying things like, “So sad when our daughters ruin their beautiful bodies” and “Good thing there’s tattoo removal!” Did they not realize I could see their comments? The worst part: In the picture she posted, you could partially see my pubic hair. She took it down when I told her, but I’m still mad about it. —rooftbat69

Note: Submissions have been edited for length and clarity.