Jennifer Lopez is one of Hollywood’s most recognizable performers on and off-screen. She worked her way up from being a Fly Girl on In Living Color dancing her way in and out of commercial breaks to one of the top-paid actresses and producers in town. For a girl from the Bronx, that’s a huge accomplishment, but it did not come without hard work and major strategizing along the way. 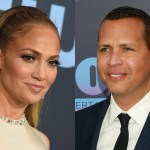 And while we are enjoying the summer of Bennifer 2.0, none of our pop culture interest in her romance with Ben Affleck should ever diminish the incredible work she has done for almost three decades. From her first moment on-screen in Selena, she had us hooked and that’s when the magic of Lopez began. But Hollywood took notice long before that with her roles on TV and some early turns with heavy-hitters like Jack Nicholson and Robin Williams. And when she dove headfirst into her romantic-comedy stage, we watched every single film — The Wedding Planner is a win, but we still supported her even when a movie was, uh, not so good.

JLo has a pretty simple philosophy when it comes to choosing projects, especially now that she’s digging back into acting after giving her music career some attention. “It’s just about getting people to believe in the story and in you at that moment, that you can deliver something special and unique,” Lopez explained to IndieWire. “I don’t care about all that other stuff.”

Even if the Academy overlooked her for an Oscar nomination for Hustlers, we are can’t wait to support her as she circles back to rom-coms in 2022 with Marry Me and Shotgun Wedding. But before we do that, don’t miss these classic JLo films that prove her talent and remind us that she’s a force to be reckoned with.