Since launching its original programming in 2013, Amazon has steadily, albeit a bit more slowly than Netflix, built up a library of compelling binge-worthy TV shows. But, unfortunately, you might not know it since other streaming platforms like the aforementioned Netflix or Hulu (not to mention newcomers like Disney+ and Apple TV) can sometimes get a little bit more attention over Amazon. Well, we’re here to tell you that there are plenty of must-see Amazon TV shows to watch and yes, you should be watching them. So, where to begin?

One of the best things about the TV shows Amazon produces is that they are high-quality series across a range of genres. Want a comedy? Try the very silly and wonderful The Marvelous Mrs. Maisel (which recently snagged 12 Emmys and two Golden Globes) or Phoebe Waller-Bridge’s (similarly award-winning) Fleabag. Looking for a drama to keep your eyes glued to the screen? Then The Widow or Homecoming are the shows for you.

Amazon Prime Video is flooded with TV shows to choose from, and it can be overwhelming to know which title to press play on once you settle in with your remote and a midnight snack. But these days, we need a quality line-up of TV shows on deck more than ever, and we’ve done the hard work of watching enough TV to tell you what’s worth your while. No matter what your watching preference, we guarantee there’s something on Amazon for you.

Here are 17 incredible Amazon shows you should be watching right now.

A version of this story was originally published March 2019.

Phoebe Waller-Bridge’s Fleabag is a brilliant comedy about a woman trying to navigate life and love (or life and sex) in London, while dealing with the recent death of her best friend. It’s audacious, irreverent, and spares no detail on Fleabag’s misadventures.

In the world of The Boys, superheros have been outed and purchased by the government, and have grown arrogant and callous in their wealth. A vigilante group called the Boys sets out to uncover the corruption of the superhero Seven. 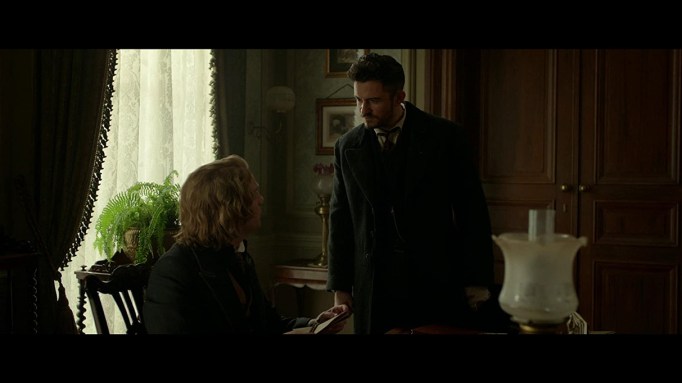 Orlando Bloom and Cara Delevingne star in this fantasy series about a war-torn society brimming with class tension, and the mystical creatures that inhabit it. Investigator Rycroft Philostrate tries to stop the serial killer haunting Carnival Row, but a faerie confronts him and complicates his path.

‘Mozart In The Jungle’ 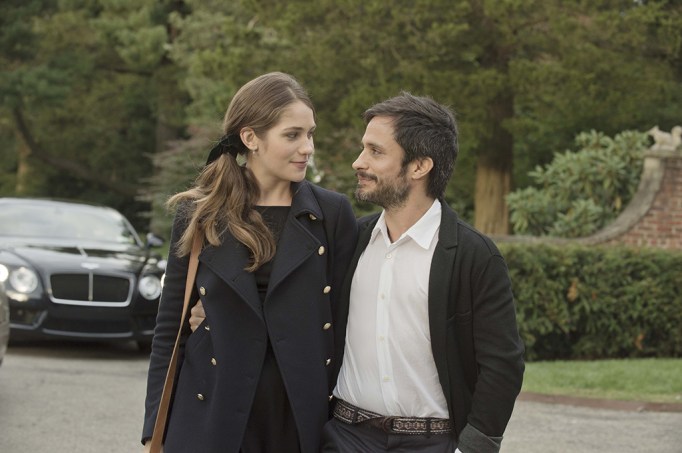 Lola Kirke and Gael Garcia Bernal star in Mozart in the Jungle, a comedy-drama about drama in the world of the New York Symphony: feuding maestros, an ambitious young oboist, and Mozart as an imaginary friend. 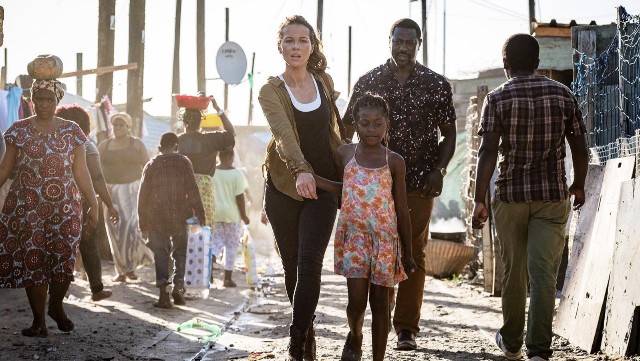 Kate Beckinsale is the star of a twisty new thriller called The Widow, which dropped on Amazon Prime in March 2019. The Widow is a thriller set in plenty of international locations and features a complex mystery at the heart of it, making it very bingeable. Beckinsale commands every screen she graces, and this time around is no exception in her role as Georgia Wells, a recluse who tries to hunt down her presumed dead husband. 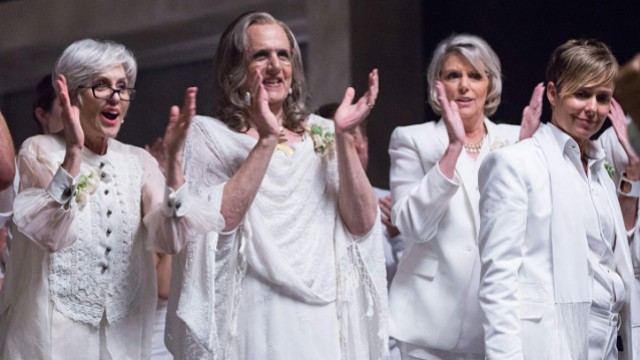 Transparent has made major waves since its premiere on Amazon back in 2014. Back then, it was because of the ground Jeffrey Tambor broke in his role as Mort, a Los Angeles father who breaks the news to his family that he is transgender. Mort transitions and spends a majority of the series as Maura, going on a journey of self-discovery as her family comes to terms with her identity. You should catch up now because it’s probably all people will be talking about when this pivotal show ends. 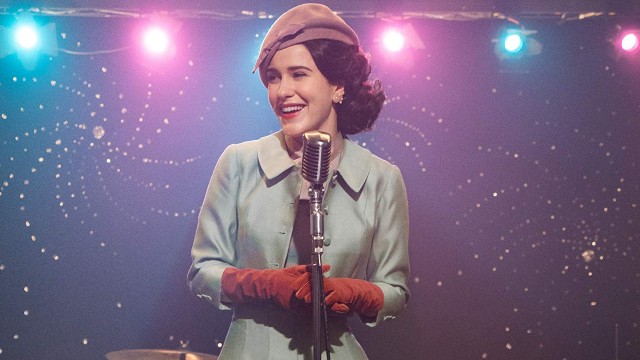 Remember all of those awards we mentioned? Most of them were for The Marvelous Mrs, Maisel, which just dropped its second season earlier this year. The series follows Miriam “Midge” Maisel, with her husband, two kids, and seemingly picture-perfect 1950s life. When the rug is pulled out from under her, Midge uncovers that she has a knack for stand-up comedy. What follows is a sweet, heartwarming story with a catchy rhythm and lots of laughs. Mrs. Maisel promises to nail every punch line — and you don’t want to miss it. 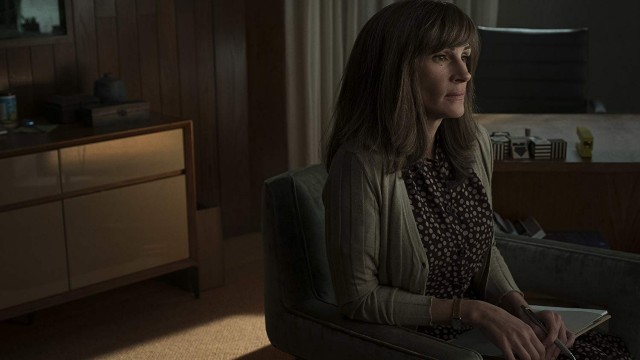 Julia Roberts turns her thousand-watt smile down a few hundred watts as she assumes the quiet, serious role of Heidi Bergman, an expelled caseworker from the Homecoming Transitional Support Center in Homecoming. After she restarts her life with clearly no memory of her previous occupation, someone else simultaneously begins poking around the Homecoming project’s potentially shady activities. This debut season manages to wind tightly while also seeming to meander, tying together threads you didn’t even realize could be connected. Combine a compelling mystery with a marvelously understated performance by Roberts, and you have a perfectly packaged first season that will no doubt leave you wanting more. 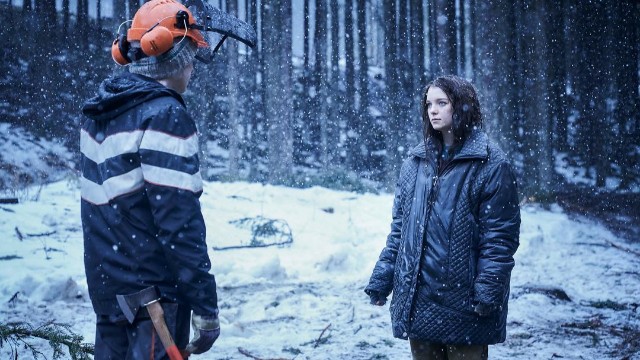 The full season won’t arrive until the end of March, but the first episode has been available to stream for a few weeks. Hanna is based on the 2011 film of the same name starring Saoirse Ronan, and it probably wouldn’t hurt to watch it before diving into this series about a young girl raised to be a stellar assassin. We’re hedging our bets a bit calling this one incredible a bit early, but the premise and the premiere has left us with high hopes. 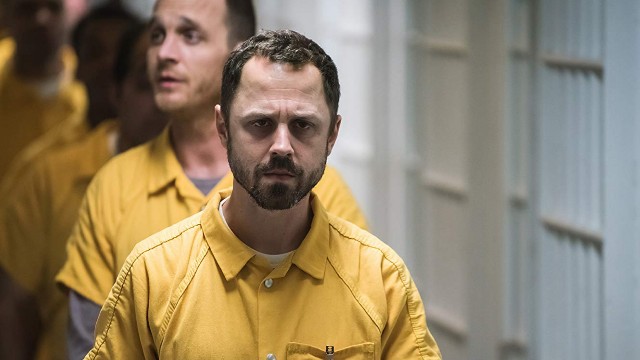 Although at the time of this article an announcement hasn’t yet been made on a release date for season three, Sneaky Pete could be sneaking up on us sometime soon. The series follows a convict and conman who snags the identity of one of his former cellmates. If you’re a Breaking Bad fan, you’ll be excited to see that Bryan Cranston is one of the creative minds behind the story and shows his face in the very first episode of the series. This a slick show with snappy dialogue, stylish twists, and puzzles to solve as difficult as the ones created by the likes of Danny Ocean himself. 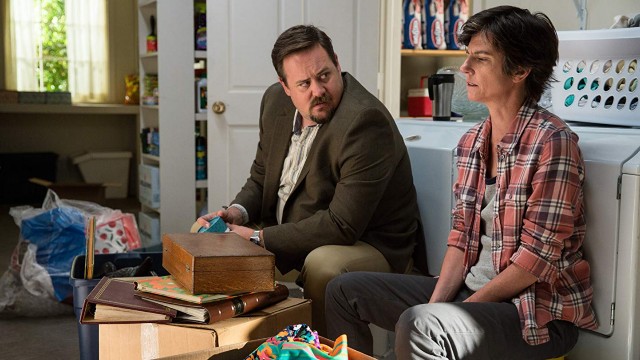 Unfortunately, we only got two seasons of comedian Tig Notaro’s largely autobiographical show One Mississippi, and it’s just enough to make you bitter that there isn’t more. The moody, melancholy, but also spectacularly and darkly funny series follows a radio host who returns home upon her mother’s death. The loss of this one still stings following its cancelation in 2018, but the two seasons we have should be cherished and watched on repeat forever.

‘The Man in the High Castle’ 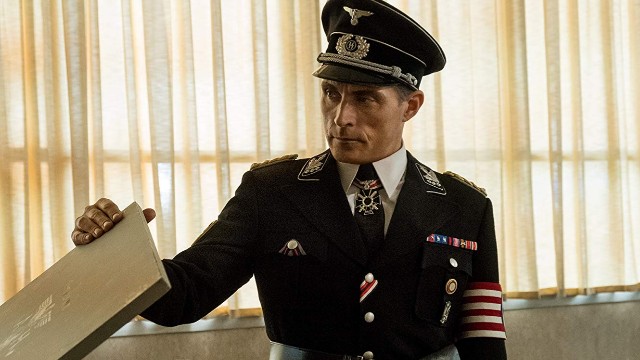 What would have happened if Hitler won? In the dystopian world of the United States in the 1960s, Nazi German and Japan have won World War II. This is the premise of The Man in the High Castle, the series based on the Philip K. Dick novel of the same name. This one is a slow burn and often hopeless tale of a grim alternate universe with beautiful visuals, strong performances, and constant intrigue, but you should catch up with all of it before the fourth season premieres soon. 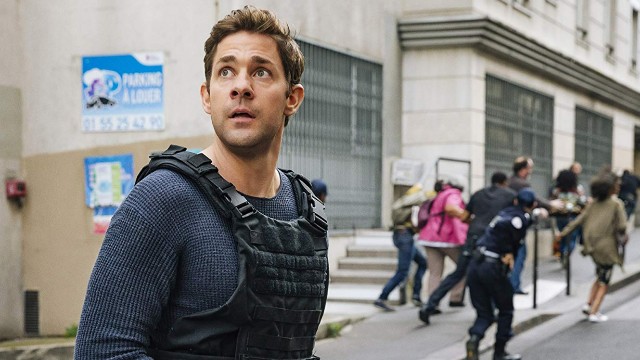 What’s not to love about John Krasinski? We probably aren’t the only ones who had trouble picturing Jim from The Office as a CIA spy, but here he is, and he’s quite convincing. This series based on the Tom Clancy novels is definitely a level up from some of the feature films with more action sequences than you see in most TV shows currently on the air. We meet up with Jack in this series as embarks on his very first field mission at the beginning of Jack Ryan. Jack is still untested in the field, so viewers get to watch him grow into the badass we know him to be when he’s older. If you’re a fan of shows like 24, then you’ll want to stream this show immediately. 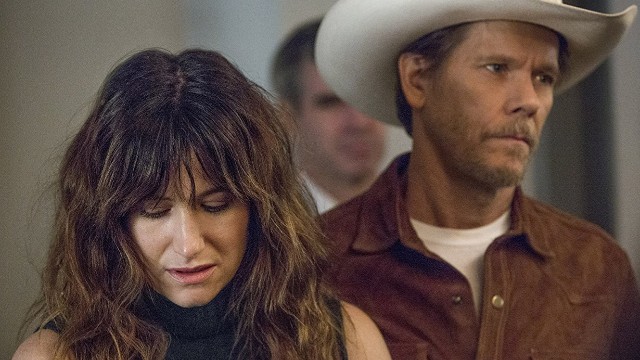 Sadly, this show was canceled after just one season, but we should all be clinging to this one season for as long as we can. Kathryn Hahn deserves to be a leading lady, and this raucous, hilarious comedy deserves much more than eight episodes to thrive. I Love Dick follows Hahn as Chris, a New York City artist who is relocated to Texas with her husband, an academic, for a project he’s working on and subsequently becomes obsessed with his sponsor, Dick (played by none other than Kevin Bacon). That’s really all that needs to be said, so stop what you’re doing devour those eight episodes now. 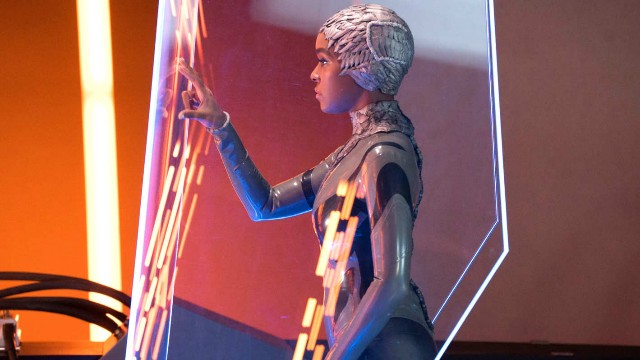 Fans of Netflix’s Black Mirror will love or hate Electric Dreams, depending on how much optimism and hope you prefer in your sci-fi anthology series — and that’s exactly why you should watch. Each episode is based on a short story by Philip K. Dick (the author behind The Man in the High Castle), and standalone episodes carry all of the remarkable visual aesthetics with less of the doom and gloom than its aforementioned Netflix twin. Visions of the future, humanity’s relationship to technology, and what could become of us in the years to come are all pondered on this series, so tune in now. 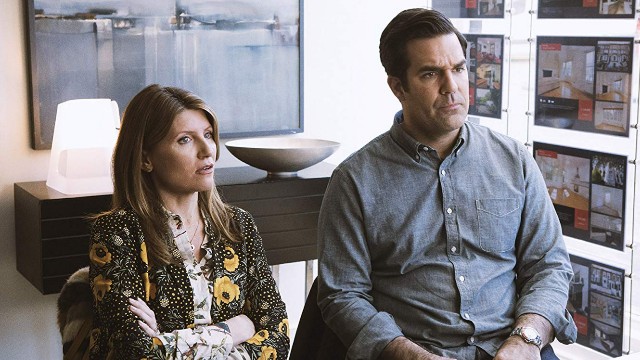 The romantic comedy is still alive, and it’s thanks to Catastrophe. With a succinct six episodes per season, the four seasons of Catastrophe can be easily and quickly binged in one sitting. This British series stars actors Sharon Horgan and Rob Delaney as Sharon and Rob, two adults who find themselves becoming an unlikely couple after becomes Sharon becomes pregnant following their one-night stand during one of Rob’s London business trips. This comedy is sweet, silly and smart in all of the best ways. Plus, if you find yourself missing the late, great Carrie Fisher, you will be pleased to see her face as she plays Rob’s mom. 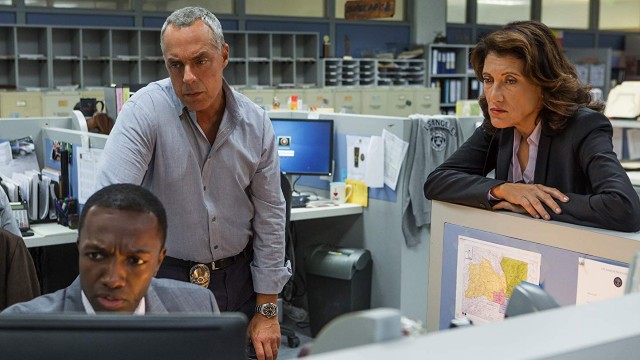 Bosch is the longest-running Amazon original series and follows Detective Harry Bosch (played by Titus Welliver) has proven to be one of television’s most favorite gritty, grisly crime solvers. The series is based on the novels by Michael Connelly, which each season pulling from multiple books. Brooding and biting Bosch embodies the straight edged cop that doesn’t shy away from bending the rules when it suits him. This hardboiled, atmospheric crime series might sound formulaic, but it gets that formula just right.