Domani Harris gave fans a first look at his stepsister, Zonnique Pullins’, baby girl in a new photo where he’s cradling the newborn.

Zonnique Pullins’ baby has a plethora of aunts and uncles, including Zonnique’ stepbrother, Domani Harris. Domani, 19, showed off his ‘unc vibes’ by posting a photo with Zonnique’s daughter on Dec. 28. In the pic, Domani is holding the newborn baby girl, but her face is blurred out. However, this is the first glimpse that fans have gotten of Zonnique’s little one since the new mom gave birth on Dec. 15.

For now, Zonnique and her boyfriend, Bandhunta Izzy, have decided to keep their little girl out of the spotlight. They also have yet to reveal their newborn’s name. However, Zonnique’s mom, Tameka “Tiny” Harris, shared some details about the little one. “My Gbaby is so fat & cute!” Tiny gushed on Instagram after Zonnique gave birth. “Just as I dreamed she would be!!”

Zonnique has been keeping a low profile on social media since becoming a new mom, but Tiny and her husband, T.I., spoke on her behalf during an interview on Dec. 23. “Zonnique’s doing great,” Tiny said on The Mix. “She’s getting her rest in, as much as she can. The baby’s sleeping a lot so she’s been able to rest a lot.” 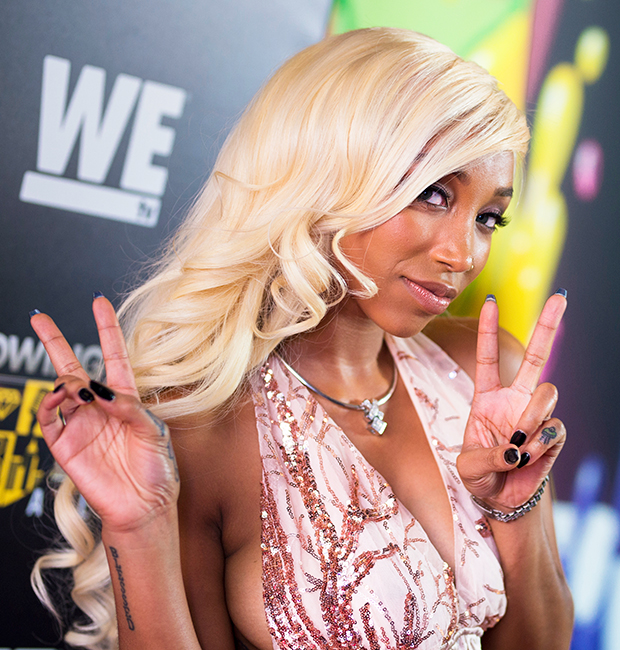 From the beginning, Tiny has been very involved in Zonnique’s pregnancy. In an EXCLUSIVE interview with HollywoodLife, Zonnique even revealed that her mom helped her pick out baby names. This is Tiny’s first grandchild, after all, so we don’t blame her for wanting to be there every step of the way!

“I want the baby to be up more!” Tiny added during The Mix interview. “But I understand the baby needs sleep so she can get her rest, so I’m not going to be a bad grandma just yet. I’m gonna give her a couple more weeks and then I’m going to start waking her up.” The XScape singer also revealed that she purchased a ton of baby gifts for Zonnique, including everything on her registry that wasn’t bought by someone else. This is one lucky baby!