Home » Celebrities » Zoe Kravitz wore Saint Laurent to The Batman premiere in London: hot or not? 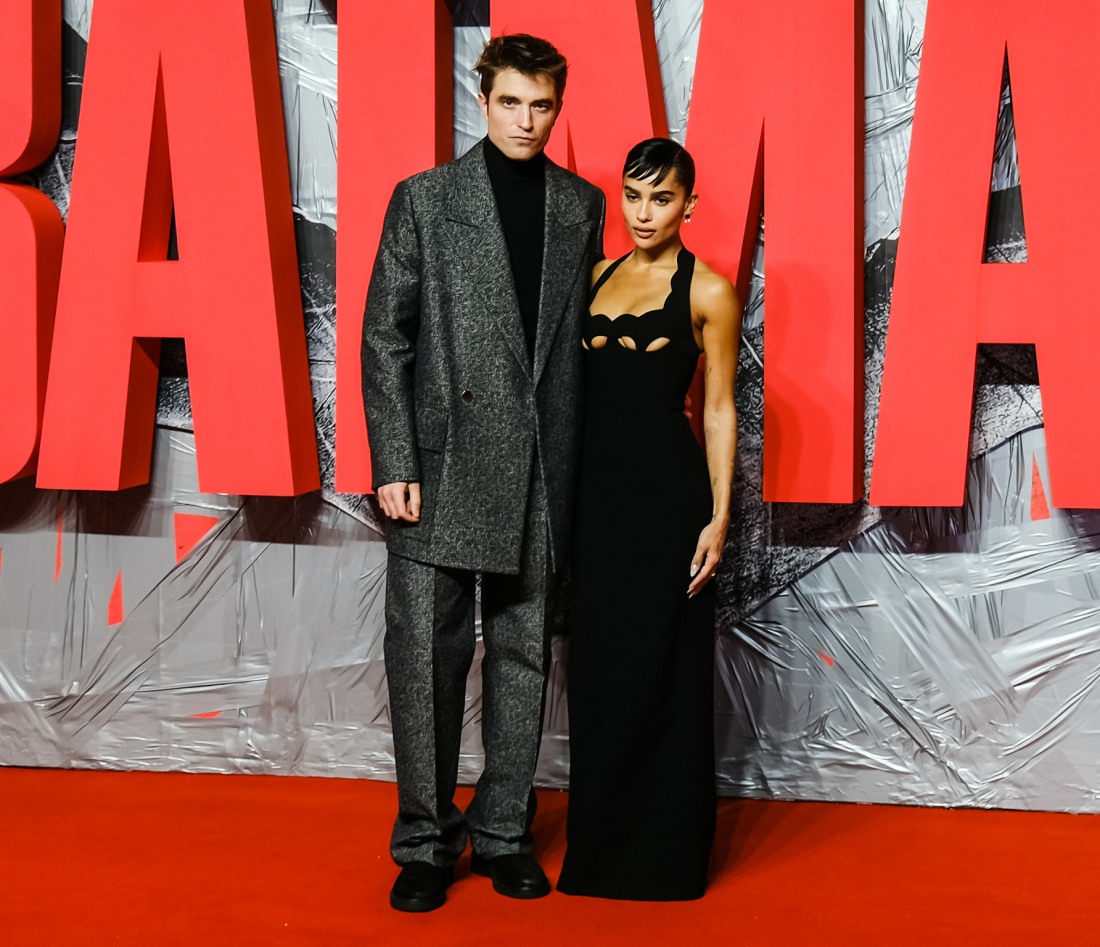 The Batman’s London premiere was last night, and here are assorted photos. It makes sense that their first premiere would be in London, considering the whole thing was filmed there. I wonder how many premieres they’ll do for this – they obviously need it to make a lot of money, but how much of that will be dependent on Robert Pattinson and Zoe Kravitz physically going country-to-country to sell this movie?

When I first saw Zoe in this Saint Laurent dress, I saw the close-ups of her from the waist-up and I was like “wow that’s a lot of underboob.” So I made a point of grabbing the full-length photos which don’t feel so… mammogrammy. In the full-length pics, her dress is sort of a cool optical illusion, do you see it? Like, the dress is Batman’s cowl and the boob cutouts are Batman’s eyes. It’s a cool optical illusion and I think she did that on purpose. Also: I could seriously do without the baby bangs, MY GOD.

As for Rob Pattinson… my lord. He’s been the face of Dior menswear for years now and I don’t understand why Dior does this to him. While Rob is humble (hilariously so) about his looks and body, he IS a good-looking guy with a great jawline and cheekbones for days. He’s also tall and he can wear clothes well. So why give him this tragically oversized suit? This is a whole mess.

Bonus photos: Jeffrey Wright (one of the most interesting character actors working today, and Commissioner Gordon in this film) and Paul Dano (who plays the Riddler). 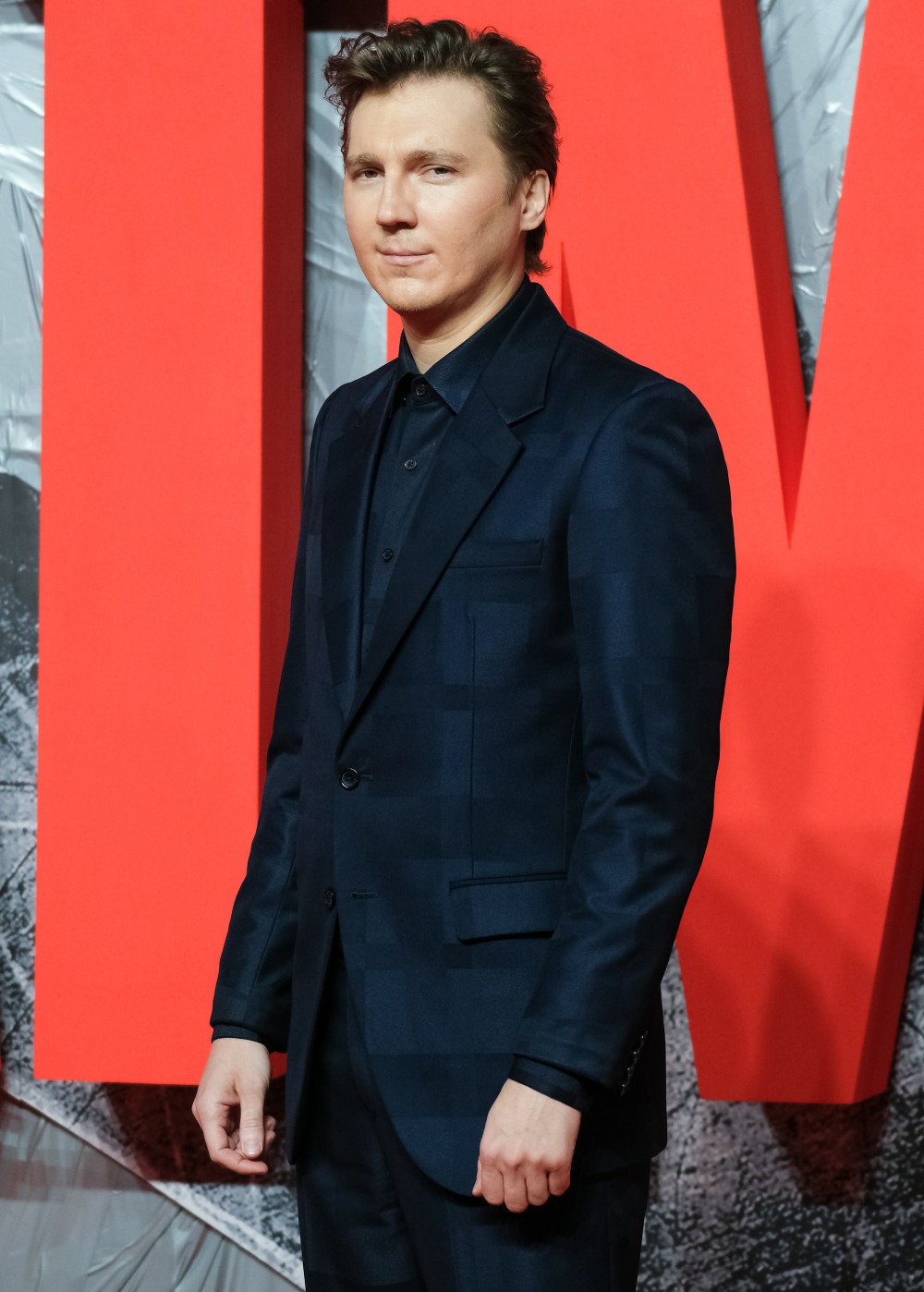 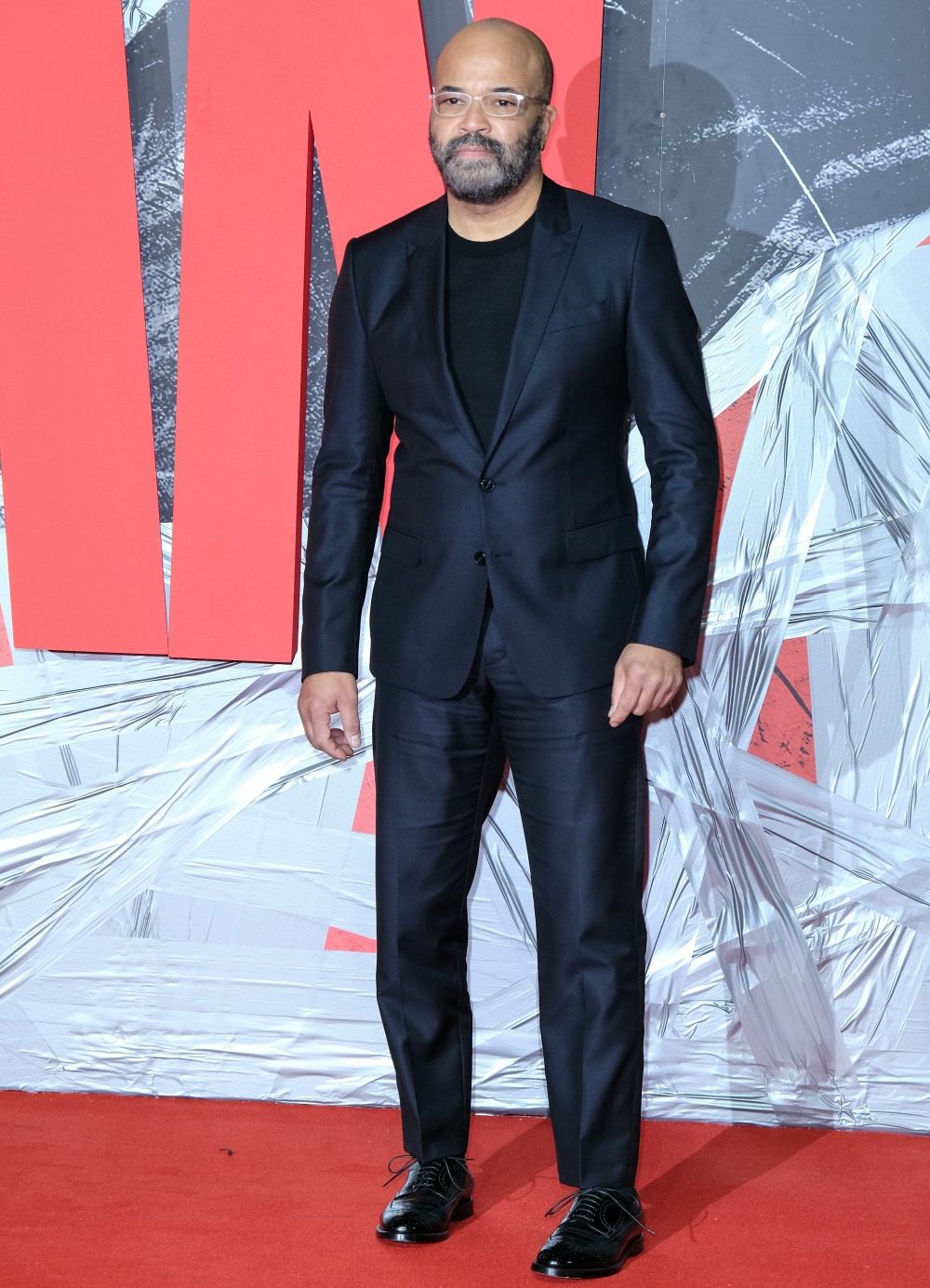 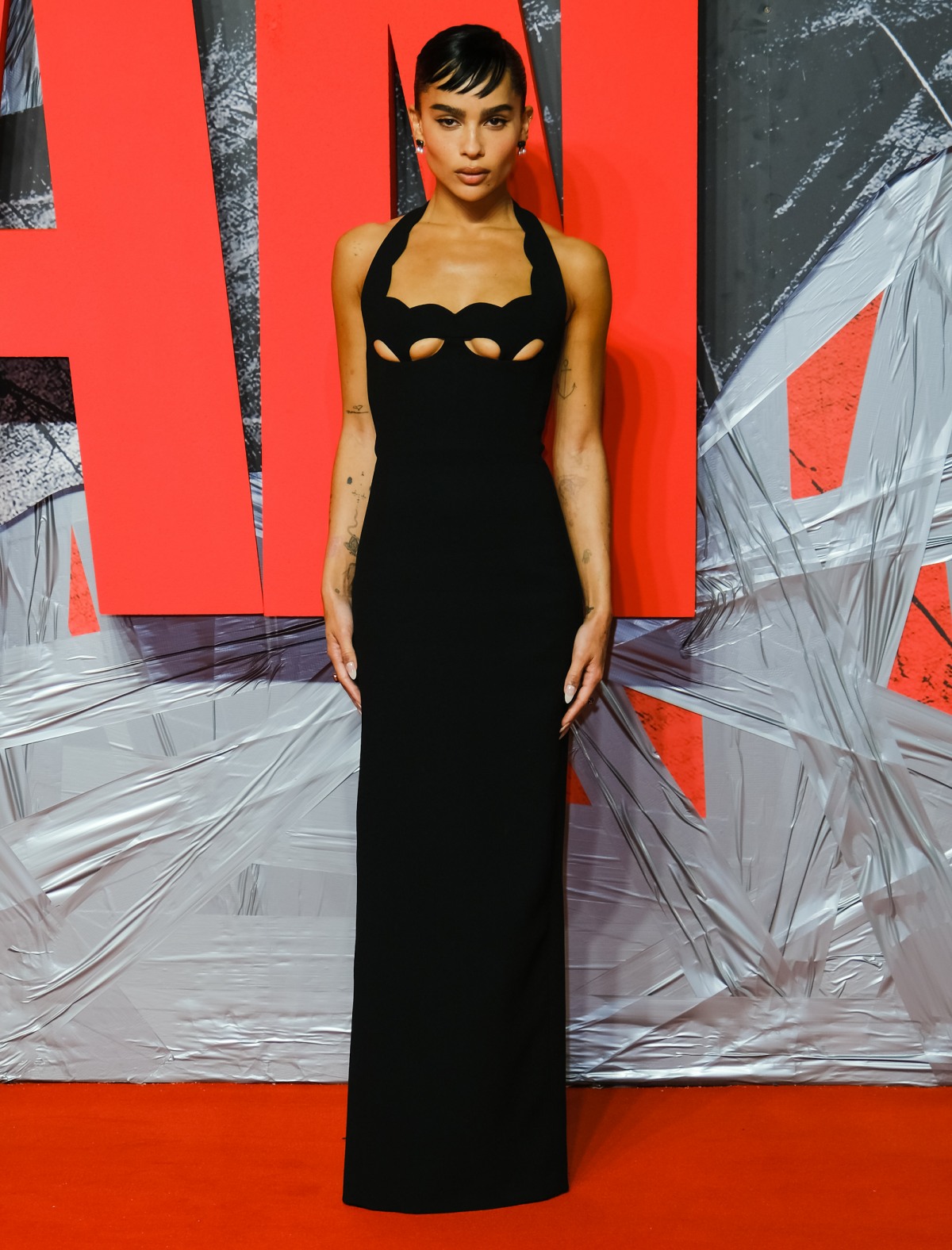 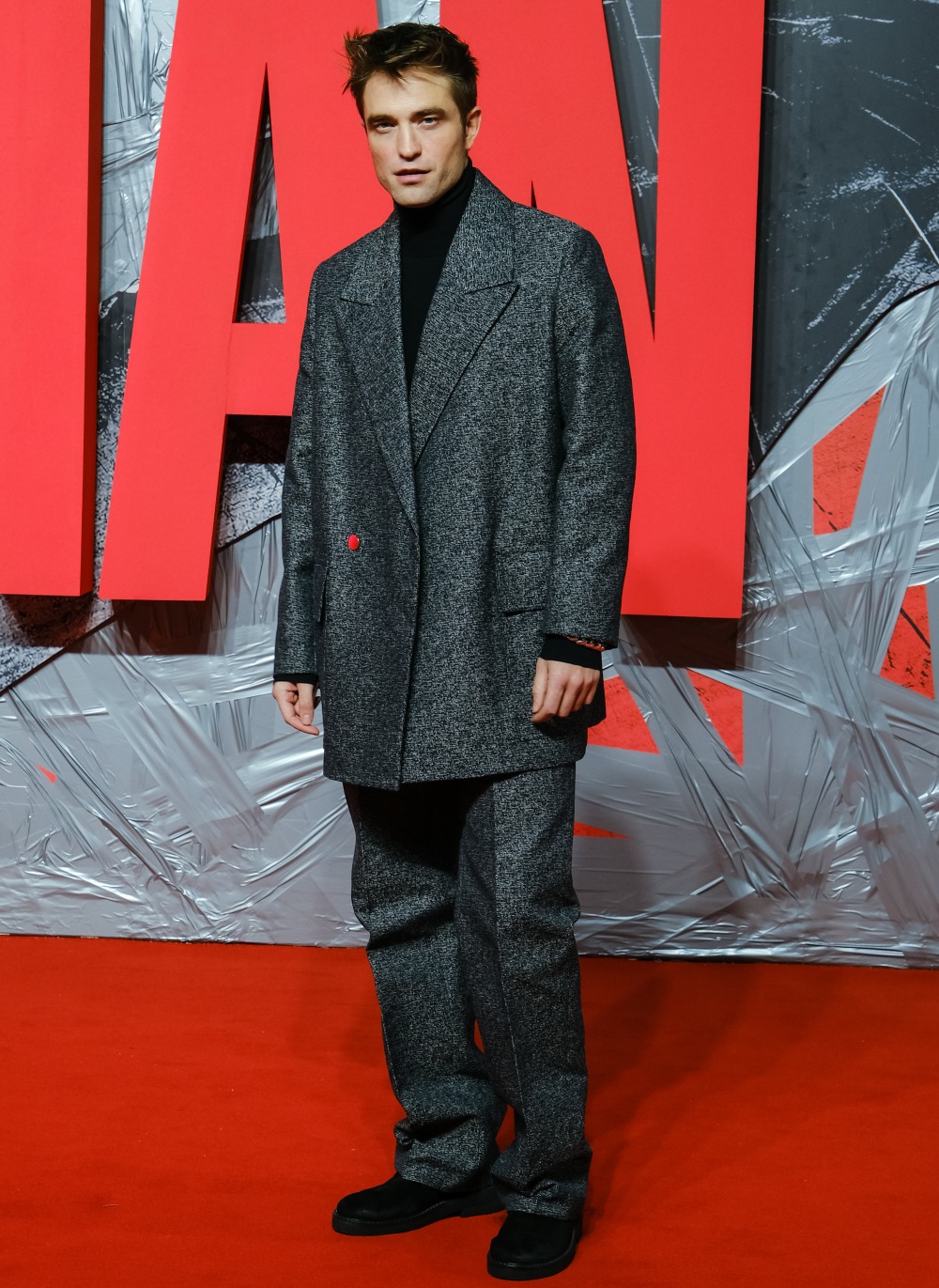