Zoë Kravitz is still a single lady, contrary to the rumors that blew up our Twitter feeds yesterday.

Gossip began circulating online claiming that the newly single actress, who just filed for divorce from her husband of 18 months, Karl Glusman, had already moved on with Magic Mike actor Channing Tatum. However, a source swiftly confirmed to People that the relationship rumors are false: “They’re working together on an upcoming project and it’s not true that they’re dating.”

Though the pair aren’t in a romantic relationship, they have previously been in a professional one: They both voiced characters in 2017’s The Lego Batman Movie. 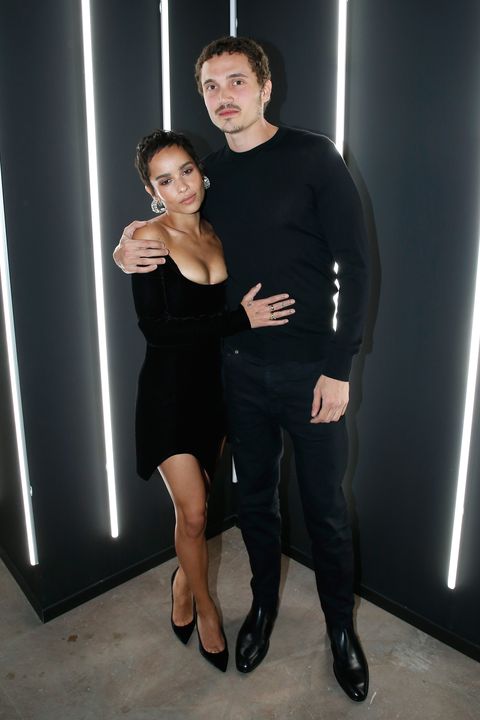 People first confirmed the news that Kravitz had filed for divorce from Glusman over the weekend. The pair married in an intimate but lavish wedding ceremony at the Paris home of Lenny Kravitz, Zoë’s father. Tatum was previously married to and shares a daughter with his former Step Up costar, actress Jenna Dewan, and was most recently linked to musician Jessie J.

Though Kravitz has yet to publicly address her split from Glusman, she posted several cryptic Instagram posts that fans allege were alluding to her looming divorce. In addition to posting a series of photos with the same caption, “new year. little things,” the actress also shared a meme on her Instagram Stories of drag queen A’keria Chanel Davenport taking out the trash.

The written text placed upon the bag of trash on the meme read, “People places and things that no longer serve my greatest and highest good.”