Prince William continues to be less-than-thrilled about Prince Harry speaking about the royal family during a bombshell Oprah interview, and apparently William accused his brother of chasing fame during a private conversation.

A source tells Us Weekly that “The conversation Harry and William had after the big interview didn’t end well,” and that “William feels that Harry has gotten too big for his boots since moving to California—that success and Hollywood have gone to his head. He’s already accused [Harry] of putting fame over family after the big interview.” 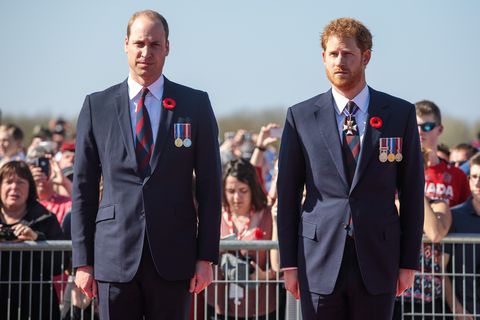 The brothers are scheduled to appear together in public for the unveiling of Princess Diana’s statue in Kensington Palace, but apparently the plans are causing some tension. Turns out “William is insisting” on seeing Harry ahead of the event, while Harry isn’t here for it, with the source saying he “is refusing to meet up” and “won’t be bossed around.” The source also adds that “If Harry acts out on the day or even worse, doesn’t show up, William will never, ever forgive him.”

This update comes amid a different source telling The Sun that “William’s raging with Harry after the Oprah interview” and is “so angry with [Harry] that it’s totally unthinkable at the moment for them to be happily reunited and stood together at the unveiling of the Princess Diana statue. It’ll take a lot of work to patch things up so they can put on a united front.”

Here’s to hoping the brothers are able to come to some kind of resolution before Princess Diana’s statue unveiling, which is scheduled to take place this coming July.

You love all the deets on the royals. So do we. Let’s overanalyze them together. ✔️