LONDON — The Yankees’ 2019 season has been defined by two facts: injuries and the victories they achieved in spite of those injuries.

Twenty different Yankees, many of them key players such as Aaron Judge, Giancarlo Stanton and Dellin Betances, have spent time on the injured list through half of the season — matching the total for all of 2018. The dramatic increase has to led to an internal investigation into the team’s medical and training practices, but until recently there had been little public admission of conclusions drawn or missteps.

On Sunday, Yankees General Manager Brian Cashman provided one example: injured ace Luis Severino, who has been out all season with shoulder and latissimus dorsi muscle injuries, probably should have received another magnetic resonance imaging examination before being allowed to resume throwing earlier this month.

“Clearly, in hindsight, he should have never started his throwing program,” Cashman said.

Over the weekend, Yankees Manager Aaron Boone admitted that Severino, who had been expected to progress to throwing off a mound soon, had recently felt soreness in the area of his injured lat. That led shut down for about another week. Boone said another M.R.I. had revealed that Severino’s lat was only 90 percent healed.

Cashman said the Yankees medical staff had allowed Severino to resume throwing without an M.R.I. because one isn’t normally required after a period of inactivity and because Severino passed the requisite physical tests and showed plenty of strength. Looking back, Cashman admitted some regret.

“He doesn’t like going in the M.R.I. tube and it’s something he would’ve pushed back on,” Cashman said of Severino. “But clearly, if we turned the clock back, we would’ve done an M.R.I. three weeks ago.”

From the start, Severino’s case has been the most puzzling of all the Yankees’ injuries this season. The absence of Severino, the team’s best starting pitcher and a two-time All-Star, has been felt in a Yankees’ rotation that has sputtered in June. Team officials have said they want to solidify the pitching staff ahead of the July 31 trade deadline. 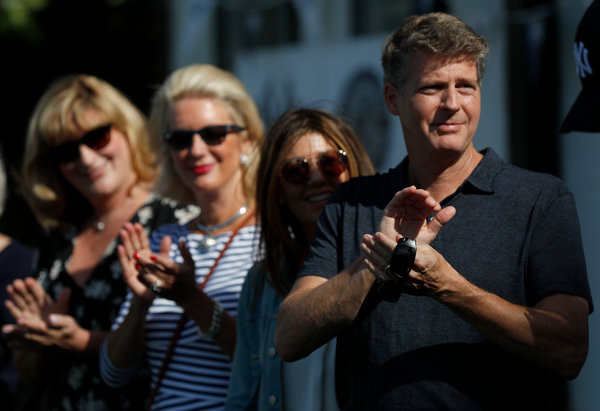 Severino, 25, was scratched from his first spring training start on March 5 because of discomfort. Yankees officials said that an M.R.I. at that point showed only rotator cuff inflammation — technically, the supraspinatus muscle in the upper back — and no strain of the lat, a muscle which runs across the back roughly from the arm pit to the waist.

While he was returning from the rotator cuff injury, Severino was making long tosses and hoping to progress to throwing off a mound, but he didn’t feel like he had the requisite force to do so. A new M.R.I. on April 8 showed a significant lat strain, a new and different injury. Severino has said that he wasn’t sure how he hurt his lat but believed it happened that day he was scratched in early March.

Cashman later launched an investigation, which he dubbed ‘CSI: The Bronx,’ and talked to everyone involved. He has declined to reveal the results of his digging.

Asked on Sunday if he was satisfied with what he found, Cashman’s answer was telling: “I’ve gone through the process and I’ll leave it at that. We always evaluate our process, and if there are problems or mistakes made by us, then they’re dealt with.”

Without specifying, Cashman said most of the Yankees’ injuries this season were unavoidable but some could have been handled differently by the player or team.

Hal Steinbrenner, the Yankees’ principal owner, said the team began studying its injuries in early May.

“We’ll wait until all the data is in and at the end of the year, if we need to make changes in procedures and the ways we do things, then we’re going to do that,” Steinbrenner said last week. “There’s no smoking gun right now. It would be easier if there was, but we’re looking at everything intensely and any time we have a year like this, we’re going to do that.”

Despite all of the starts and stops, Cashman said the Yankees still expected Severino to return at some point this season. He said another M.R.I. was expected in the next week to see if the remaining bit of Severino’s unhealed lat had indeed recovered.

“And we’ll keep doing them until we know he is,” Cashman said.