Home » Celebrities » Who Is Joe Keery Dating? The ‘Stranger Things’ Actor’s Girlfriend Is A Total Star

Fans of Netflix’s hit original show, Stranger Things, finally got to catch up with the Hawkins gang this summer, as Season 3 finally premiered on July 4, 2019. The show’s loyal fanbase was excited to see what would happen to the characters, including Stranger Things’ very own hunk, Steve Harrington, aka, Joe Keery. The 27-year-old Massachusetts native has definitely won over the hearts of viewers across the world, but in real life, it seems the actor is off the market. So, who is Joe Keery dating IRL? His girlfriend is successful in her own right, and they make a seriously adorable couple.

Keery is currently dating actress Maika Monroe, 26, and the two most recently hit the red carpet together for the premiere of Season 3 of Stranger Things. They looked absolutely fabulous together, but it wasn’t the first time Keery and Monroe attended an event together. They also attended the Season 2 premiere of the show back in October 2017, and, as Yahoo News reported, the appearance marked their red carpet debut as a couple.

Now, the pair are living their best lives together, and even got to attend the Saint Laurent Men’s Spring Summer Show alongside Miley Cyrus and Liam Hemsworth on June 7, 2019. Keery and Monroe are the epitome of "cool couple goals," what with their laid-back style and sweet red carpet moments, and even though they don’t exactly publicly dote on each other all that often, they still seem totally into each other.

I mean… can we just… 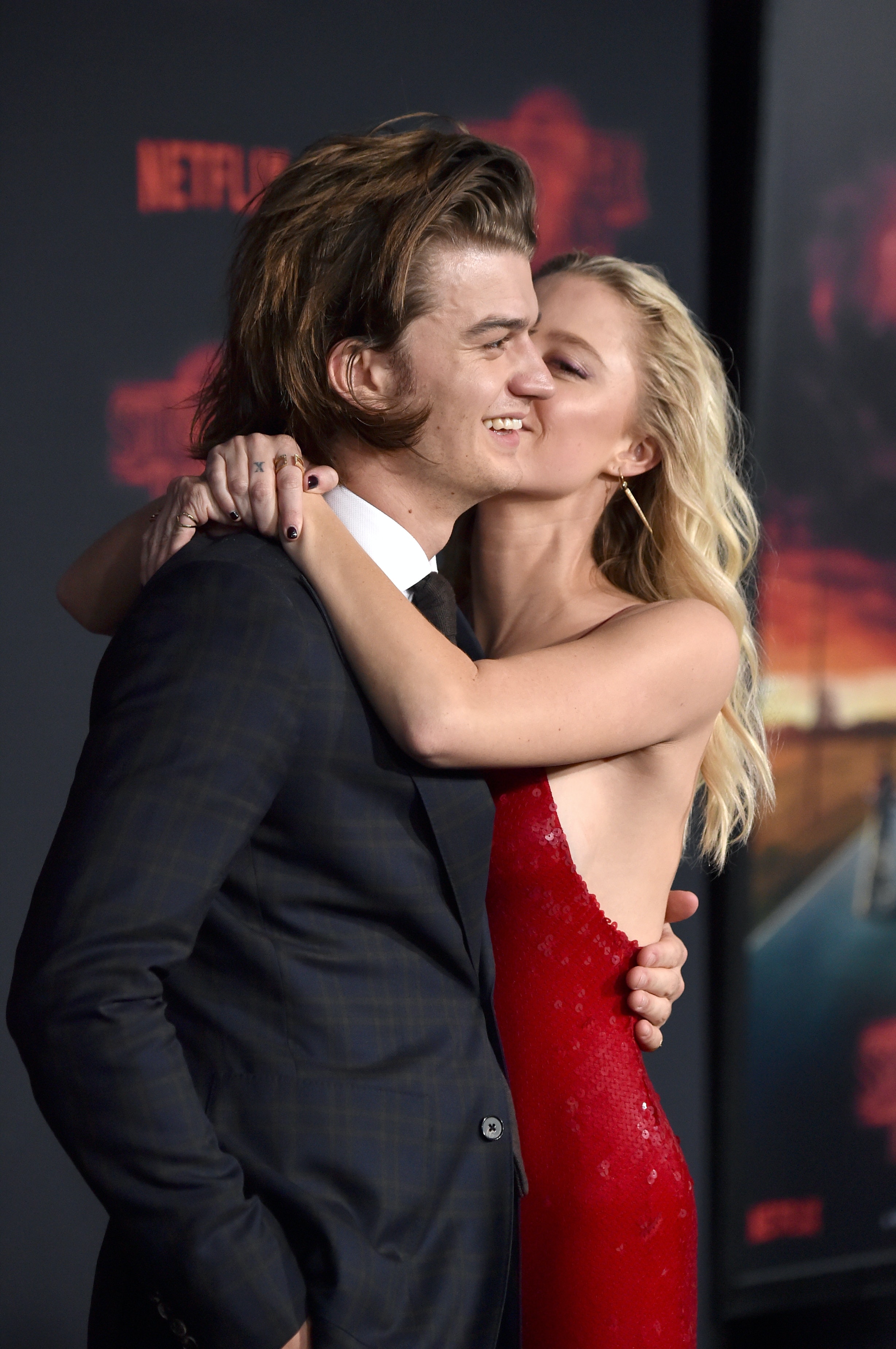 Ugh, so cute. Exactly how they met is unclear, but they did work together on the film After Everything back in April 2017. Keery played Chris, a friend of Monroe’s character, Mia who was struggling to deal with her boyfriend’s "life-changing illness," according to IMDb.

Keery, for his part, shares quite a few photos of Monroe on his Instagram page, although he doesn’t exactly write any mushy captions next to them. Instead, he’ll post an artsy shot of Monroe with no caption. She always looks fab, and he just continues to prove he’s a top notch Instagram Boyfriend. Pretty much as cute as it gets, folks.

Monroe has worked on a number of films, and seems to especially love the horror film genre. In a 2015 interview with Glamour, she revealed she has a special place in her heart for scary movies. "Yeah, I mean I grew up watching the classics. My dad showed me The Shining, and I just kind of fell in love with being absolutely terrified," she told the magazine. Monroe appeared in 2014’s It Follows, 2018’s Greta, and Honey Boy, Villains, The Education of Fredrick Fitzell, and a short film called How To Be Alone — just in 2019 alone.

Monroe is also a professional kiteboarder — having moved to the Dominican Republic at the age of 17 to continue her training. So, not only can she act the hell out of any role, but she can also basically snowboard on water. NBD!

Keery is a real talent, there’s no doubt about it, but if you’ve been sleeping on Monroe, let this be your wake-up call. She’s absolutely killing it, and I can’t wait to see what’s in store for her next.