Home » Celebrities » When Is the Last Episode of ‘Supernatural’? The Next New Episode of the Final Season Is Up in the Air

Buckle up, fam. Supernatural’s 15th and final season has been delayed amid the coronavirus (COVID-19) pandemic. In mid-March 2020, Warner Bros. Television Group halted production on several projects, including the beloved CW series. Then on March 23, executive producer Andrew Dabb explained the impact of the shutdown in regards to the final season. Now it seems the last episode of Supernatural will be pushed back, as the next new episode of the final season will not be released “for a while.”

When was the original ‘Supernatural’ Season 15 series finale air date?

It's a family affair. New #Supernatural tonight at 8/7c. Stream free tomorrow on The CW.

In November 2019, The CW set the Supernatural series finale air date to Monday, May 18, 2020, with 20 episodes in the 15th season. But as mentioned, Warner Bros. Television postponed production on March 13. According to Entertainment Weekly, the company released the statement:

With the rapidly changing events related to COVID-19, and out of an abundance of caution, Warner Bros. Television Group is halting production on some of our 70+ series and pilots currently filming or about to begin. There have been no confirmed cases of COVID-19 on any of our productions, but the health and safety of our employees, casts and crews remains our top priority. During this time, we will continue to follow the guidance of the Centers for Disease Control as well as local officials and public health professionals in each city where our productions are based.

Meanwhile, Deadline reported Supernatural Season 15 was almost done filming when the shutdown occurred, with only “1.5-2 episodes” left to shoot.

On March 23, Dabb opened up about the status of Supernatural Season 15 on Twitter. And despite filming 18 out of 20 episodes for the final season, the executive producer told fans the 13th episode — titled “Destiny’s Child” — will be the last new episode for some time.

“Due to the shutdown, this will be our last episode for awhile,” Dabb said. “Stay well, stay safe, and we’ll see you on the other side.”

He later added, “Clarification: We have filmed through episode 18, however our visual effects and sound departments have closed because of the outbreak. So, right now, the episodes can’t be finished.”

Dabb then noted the Supernatural team has “special treats coming along the way– to help us all get through this.” 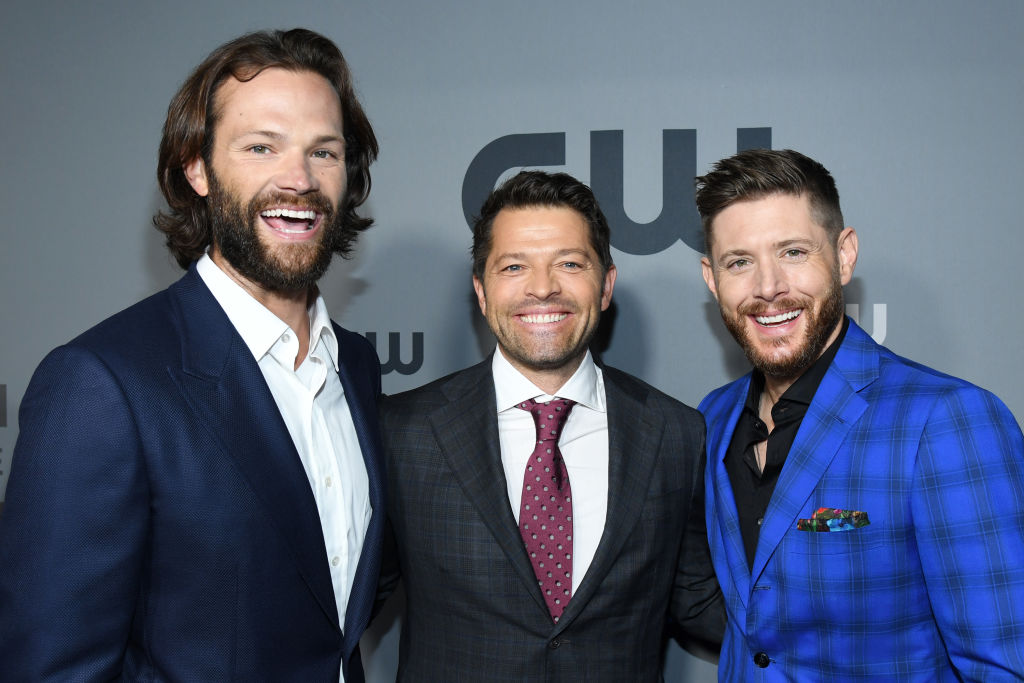 Nevertheless, with seven more episodes to go in the season, this means the highly-anticipated Supernatural series finale will also be delayed past the original May 18 air date. But even so, Dabb promised fans they will properly wrap up Sam (Jared Padalecki) and Dean’s (Jensen Ackles) story, no matter how long they have to wait.

Clearly, everyone will just have to wait and see what happens next. As of this point, no one knows when Supernatural will return with season 15, episode 14 — much less when the series finale air date will be. But rest assured, the CW series will get its ending and Dabb understands the importance of the last episode.

Read more: How the Final ‘Supernatural’ Season Will Be Different from the First 14