Home » Celebrities » What Princess Diana Would Have Really Thought About Harrys Memoir, According To A Royal Expert

Prince Harry and Prince William paid homage to Princess Diana on what would have been her 60th birthday. On July 1, they put aside their differences and unveiled a statue of their mother’s likeness to honor her life’s work, “love, strength and character,” per Harper’s Bazaar. Diana’s boys also seem to embody everything that she was. The photos in the publication show that Will inherited her regal poise, while Di’s easy charm exuded from Harry’s swaggering strut and disarming smile.

Sarah Ferguson spoke to People and revealed that Diana would have been “very proud of her sons and their wives.” Fergie provided a unique insight because she and Diana “were best friends from when she was 14 and I was 15.” They married two brothers and were both outsiders in the royal family. Fergie also dished, “She would be just like me, obsessed with her grandchildren. Because that’s what she loved.” Between William and Harry, there are 5 grandchildren, and the Duchess of York seems to believe that Diana would have adored them. Fergie also thinks that the People’s Princess would have loved her daughters-in-law, “because each has got her own voice.”

Somebody who has definitely found his voice post-Megxit is Harry. After blasting the royal family in the Oprah tell-all interview, the Dax Shepard podcast, and “The Me You Can’t See” docu-series, the Duke of Sussex has spoken his mind. Now, royal expert Stewart Pearce has weighed in about whether his mother would have approved. 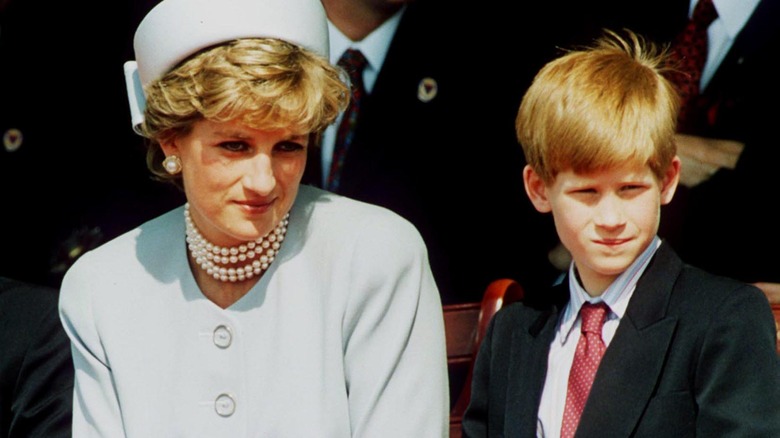 Royal author Stewart Pearce provided keen insight into how Princess Diana might feel about Prince Harry’s upcoming book. Speaking to Us Weekly, the biographer, who penned “Diana: The Voice of Change,” knew Diana before she died in 1997. Comparing the Princess of Wales and her second-born son, Pearce dished, “Harry is so much like his mother in the sense that he has an impetuosity.” Pearce added, “He moves on instinct just as she did.”

The author also felt that Harry is not out to get anyone in his forthcoming book. “There won’t be anything in terms of accusation, not at all,” Pearce explained. “He’s in a situation of transformation.” Interestingly, Pearce also divulged that, like Harry, Lady Di wanted to be transparent and honest. “Diana was gleeful about the statements that she made during those interviews,” he revealed, referencing her famous interviews with Andrew Morton and Martin Bashir that had the world up in arms. Pearce continued, “Sometimes I would say, ‘Are you really going to engage yourself in that?’ … And she’d say, ‘Yeah, I’ve got to!’ and would do it.” Looks like the apple didn’t fall far from the tree for this one.

Diana’s legacy clearly lives on in Harry telling his truth now that he has left the monarchy. Let’s hope he doesn’t burn too many bridges in his cathartic new start.