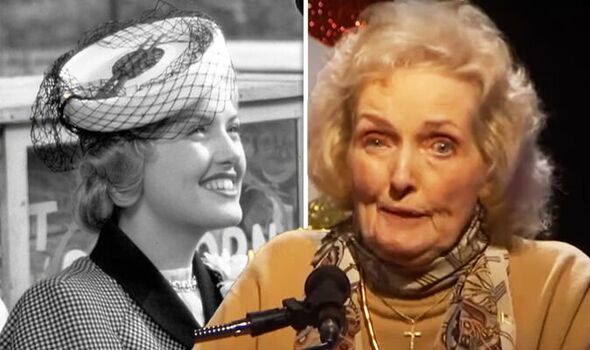 It’s a Wonderful Life actress Virginia Patton has died at the age of 97. Virginia was the last surviving adult star from the 1946 hit film after playing Ruth Dakin Bailey, the sister-in-law of protagonist George Bailey (James Stewart).

She was confirmed to have died on Thursday at an assisted living facility in Albany, Georgia.

Her death was announced by the Mathews Funeral Home, who included her death in their list of obituaries.

Her co-star Karolyn Grimes, who played Zuzu Bailey as a child, took to Facebook to share her heartbreak.

She wrote: “We have another angel! Virginia Patton Moss. She was 97 years old. She is now with her beloved Cruse. She will be missed!”

An account for the Jimmy Stewart Museum also paid their respects. A spokesperson said: “We are saddened to hear of Virginia Patton Moss’ passing.

“She played Ruth Dakin Bailey (Harry’s wife) in ‘It’s A Wonderful Life’. Our thoughts are with her family and friends.”

And Joe said: “Virginia Patton, just 23, was so good in her scene at the train station, and glowingly beautiful.

“Just another perfect piece to one of the greatest movies of all time, It’s A Wonderful Life. Thank you, Virginia. You’re immortal now.”