Victoria Derbyshire gets emotional during visit to local hospital

Victoria Derbyshire, 52, took to her Twitter page to share information and contact numbers about the new scheme, in which domestic violence victims can get help at Boots stores and participating independent chemists by using the code word Ani. By saying the word to a member of staff, they can receive the help they need privately.

Those experiencing domestic abuse will be able to go into a Boots or indie chemist & seek help.

Announcing the news in view of her 145,000 followers, she wrote: “From today, those experiencing domestic abuse will be able to go into a Boots or indie chemist & seek help.

“If they say the codeword ‘ANI’ they’ll be taken to a private room & asked if they want to call 999 or domestic abuse helpline.

Victoria went on to clarify the code name is pronounced like the name Annie. 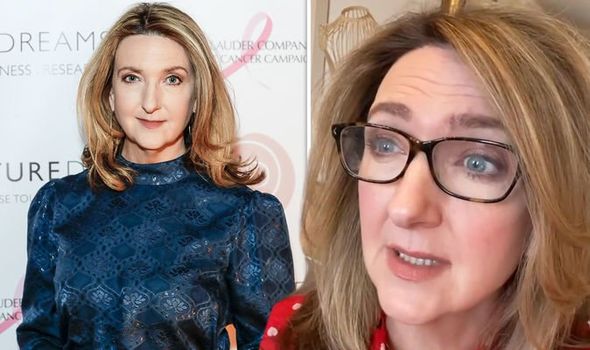 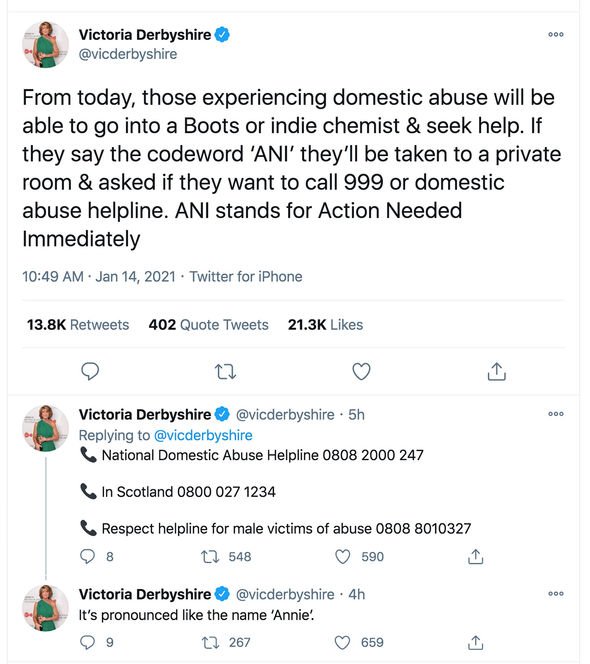 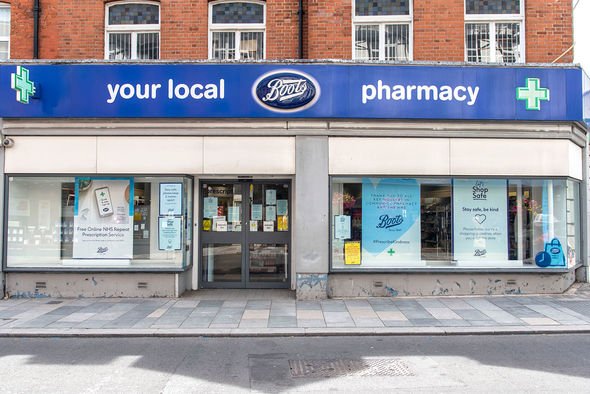 The Government teamed up with Boots and independent pharmacies to launch the new scheme today.

Prime Minister Boris Johnson said: “As we once again have to ask people across the country to stay at home to tackle this virus, it’s vital that we take action to protect those for whom home is not a safe space.

“That is why we have launched this scheme, supported by pharmacies up and down the country, to give some of the most vulnerable people in society a critical lifeline – making sure they have access to the support they need and keep them safe from harm.” 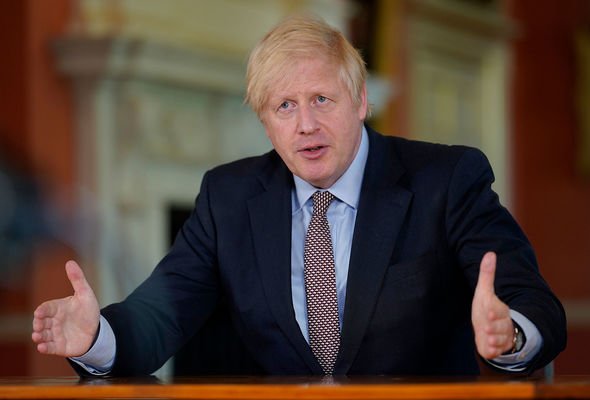 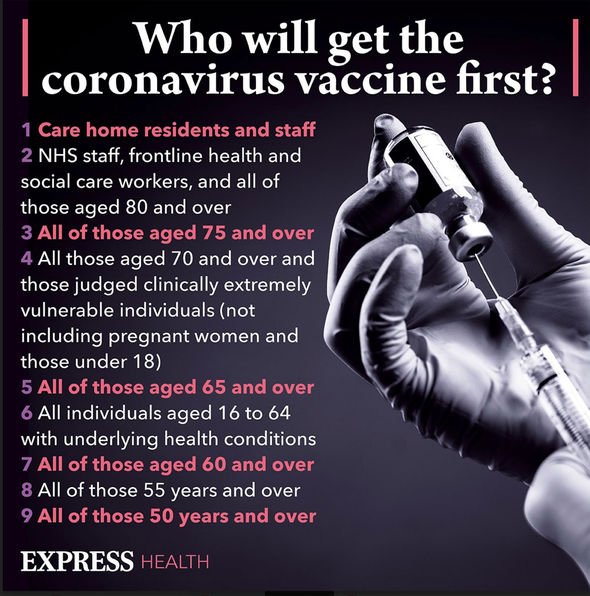 According to the Government website, pharmacies will also be given promotional material to display in store to signal to victims that they are participating.

They add the scheme will be initially available through the 2,300 Boots stores as well as 255 independent pharmacies across the UK.

She said: “If you are a victim of domestic abuse, or subject to coercive behaviour, or being intimidated by a partner or a husband or a wife… you are quite limited more often than not in how you can seek help and speak to people.

“Lockdown has reduced the number of opportunities for people to socialise and interact with other people.”

Victoria shared the post after speaking out about her own experience with abuse at the hands of her late father.

The journalist said her dad abused her, her siblings and her mother during her childhood.

“I remember my whole body tensing every time I heard my father’s key in the back door,” she said in an article as part of a BBC Panorama episode.

“What mood would he be in when he came home from work? Would he provoke an argument? Would it lead to him hitting me, whipping me with his belt or just slapping me round the back of my head?

“I was fortunate I could escape sometimes to my best friend’s house down the road to get out of his way.

“And the next day my father would go to work again, and I’d go to school, which meant respite from the disruptive shouting and cruel violence.”

Victoria went on to praise her “amazing mum” who “did everything she could to make up for his failings”.

If you need help, please see contact numbers below.