Putting differences aside. Vanessa Marcil rejoiced over the reconciliation of her ex-fiancé, Brian Austin Green, and their son, Kassius Marcil-Green, in a heartfelt Instagram post on Friday, July 18.

Earlier this week, the 17-year-old traveled to Vancouver, Canada, to visit Green, 46, as he wrapped production on BH90210 before it’s premiere on Wednesday, August 7. Marcil, 50, shared her excitement for the father-son duo’s reunion by posting a snap of the show’s iconic Peach Pit restaurant on Friday.

“@kassius_marcil_green had always been so proud of his dad @arent_you_that_guy,” the actress wrote. “We all are grateful that they are coming back together. Here is to love and forgiveness for all of us on this planet. #LoveWins.” 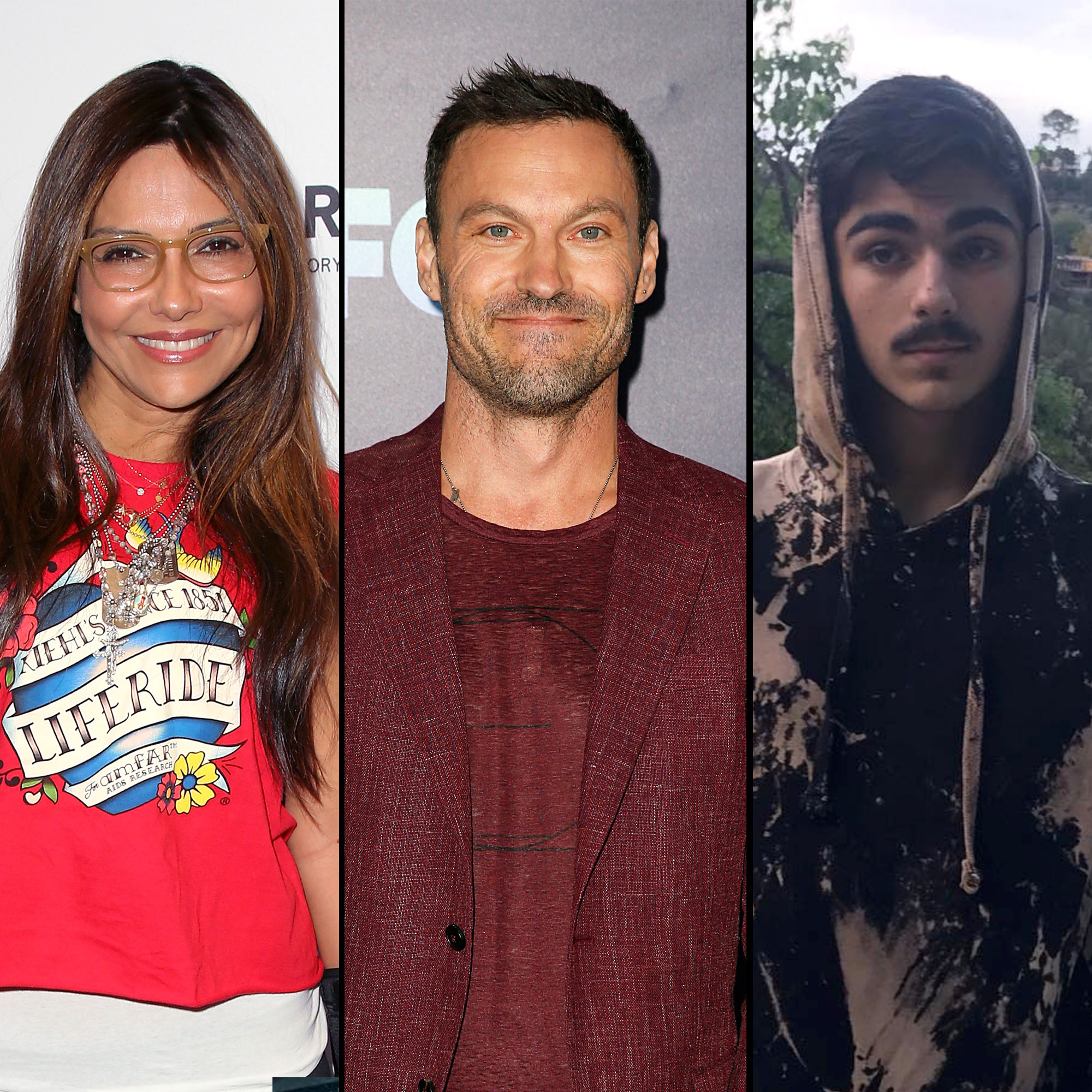 The photo Marcil posted originally came from her teenage son’s Instagram account. In his post, he noted that it was his “second to last night on the set of” BH90210. “I’m so happy I’ve gotten to be here and see the cast my dad worked with for so long again. (Also doesn’t the Peach Pit look good?),” Kassius captioned the snap.

Marcil’s declaration comes one day after Green shared a picture from his father-son time with Kassius away from the six-episode FOX show’s set. The teen was shown looking out at a body of water, and the Freddie alum captioned the sweet snap with a smiley face on Thursday, July 18. Kassius shared a similar shot on his Instagram page, where he revealed that the pair bonded as they “biked along the sea wall.”

Kassius has documented much of his trip to the quasi-revival’s Vancouver set on Instagram. He shared a three-part video to his Instagram Stories on Wednesday, July 17.

“I’m visiting my dad in Vancouver on the set of 90210. We’re going to be staying here for a bit. I’m here for a week. I think we’re, like, staying somewhere near downtown,” he said at the time. “So if for any reason any of y’all who are out here or live here happen to see me, please say something. I would love to meet y’all.”

Earlier that day, Marcil shared a photo of her fiancé, MC, hugging Kassius. She said her husband-to-be was “happy” her son was “invited to see his dad.” She also noted that MC was “helping him pack” for the trip.

Trouble surfaced in November 2018 when Marcil accused the couple of cutting Kassius “out of their lives and his younger brothers’ lives” in an explosive Instagram post. She disclosed the alleged details of their messy custody battle, where she claimed Green and Fox were “trying to get full custody” of the teen and requesting she “pay them child support.”

“I never spoke publicly in order to protect my then young son from hearing anything negative about his father and from paparazzi that used to follow him & terrify him,” Marcil previously wrote. “I had also never asked for child support of any kind and had never tried to take time away from Kass’ dad seeing him. Ever. In the end they lost all of these court cases. The judge called them all ‘Frivolous.’ They always had and still have 50% custody.”

Green and Fox, meanwhile, have not addressed Marcil’s allegations.