Vanessa Bryant’s oldest daughter Natalia, 17, is preparing for college — but, which school and where will she commit? Vanessa revealed one of Natalia’s top college choices in a new photo with the cutest caption!

Natalia Bryant‘s college search stretches all the way to the east coast! Vanessa and Kobe Bryant‘s oldest daughter has her sights set on New York University, the proud mom shared on Instagram on January 13, alongside a photo of the 17-year-old smiling wide in an NYC shirt. Though, the Big Apple isn’t Natalia’s only top college choice.

“So cute. NYU is one of her top schools,” Vanessa, 38, wrote in her caption, noting that her daughter “chose not to apply ED [early decision] to her top 5 schools.” Early Decision is typically a very restrictive and time-sensitive college application process, which means, those who apply ED may only be able to apply to one school — because if the student is accepted, they are required to attend that specific college.

While she’s certainly excited for her daughter’s next educational chapter, Vanessa assured “I will do my best to keep her in Cali just like I kept her daddy here.” Kobe spent his 20-year NBA career in California with the Los Angeles Lakers — where he won five rings on top of being a 2x NBA Finals MVP (2009, 2010), NBA MVP (2008) and 18× NBA All-Star. Vanessa added the hashtag, “CaliGirlForever,” with a sun, palm tree and laughing-face emojis. 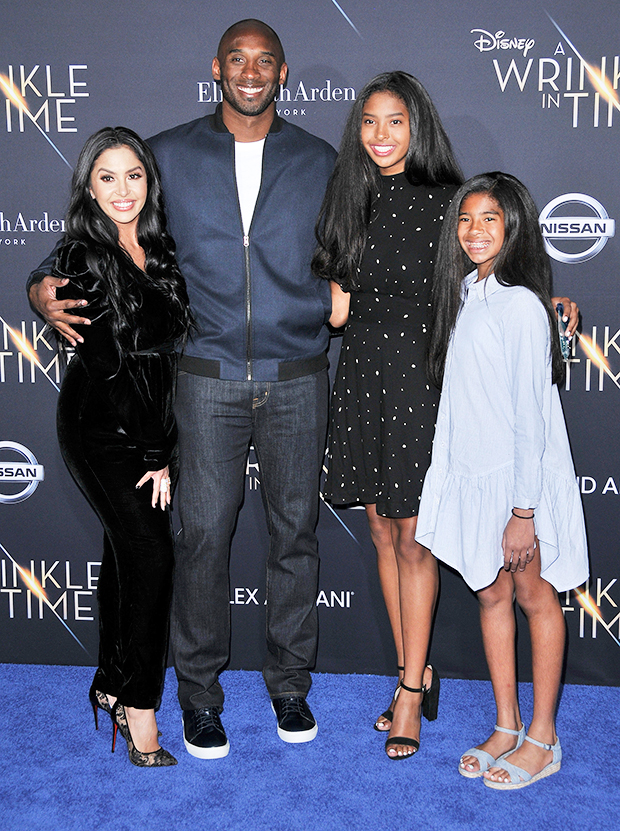 Vanessa continues to pay tribute to her husband, who tragically died in a tragic helicopter crash alongside the couple’s 13-year-old daughter, Gianna “Gigi” Bryant on January 26, 2020. The Lakers legend and his teenage daughter were two of nine people who perished in the crash, which took place in Southern California while the group was traveling to a youth basketball game at Kobe’s Mamba Academy. Gigi would’ve turned 14 in May 2020.

On December 10, Vanessa delivered a heartfelt speech to introduced TIME‘s Person of the Year in memoriam in a pre-recorded video during the NBC primetime special. “Words cannot do justice to the grief we felt this year. At every level of human connection from across the world to across the table, we experienced profound loss,” she said in part, before a photo tribute to those who died in 2020 played. The in memoriam began with a powerful quote from Kobe, as images of the NBA icon and Gianna appeared on the screen. The quote, which was narrated by Kobe, read: “Everything is a game 7 and when you approach every practice and game with that mentality it bleeds into the rest of the guys,” he said in a past audio clip talking about his on-court mentality.

Kobe is survived by Vanessa and their daughters Natalia, Bianka, 4, and Capri, who will turn 2 in June. Our thoughts are with the Bryant family and those who lost loved ones in 2020. It’s unclear if the NBA has any anything planned for the upcoming anniversary of the losses of Kobe and Gianna on January 26.