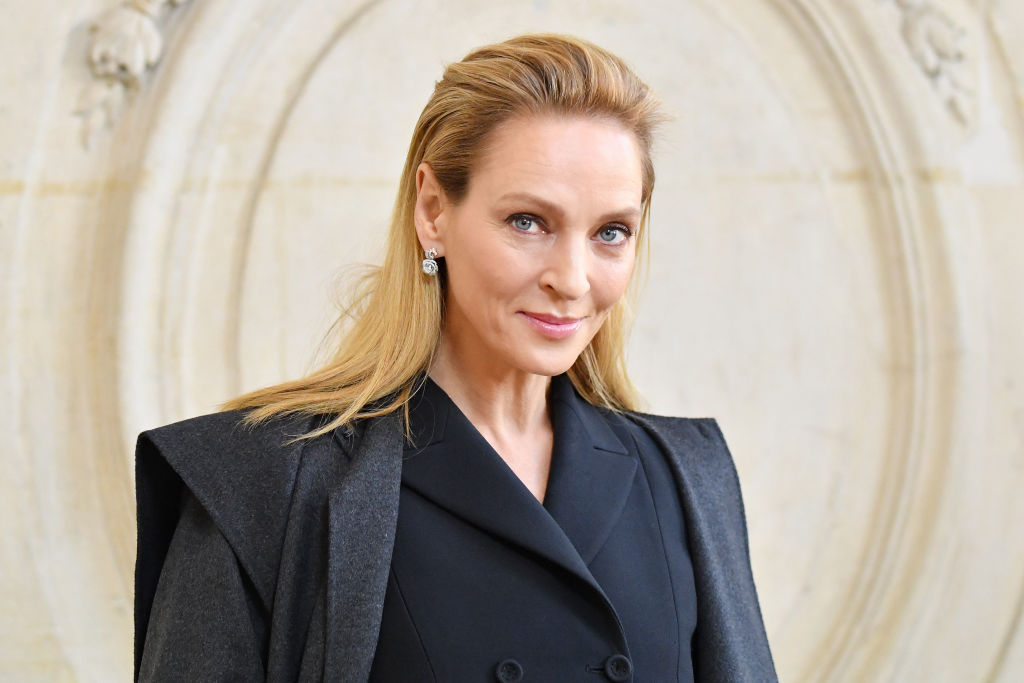 Uma Thurman has revealed she had an abortion aged 15 after being ‘accidentally impregnated by a much older man’.

The Pulp Fiction star shared her ‘darkest secret’ in an op-ed for The Washington Post, calling the Texas abortion law a ‘human rights crisis for American women’.

Uma, 51, explained that she had started working as an actress aged 15 and was living in Europe when she became pregnant during a relationship with an older man.

While she wanted to keep the baby, Uma made a decision to have an abortion after speaking to her father and mother, who was ‘gravely ill in hospital’, on the phone.

She wrote: ‘They asked me about the status of my relationship — it was not viable — and warned me how difficult it would be to raise a baby as a teen on my own. My childish fantasy of motherhood was soundly corrected as I weighed answers to their very precise questions.

‘I was just starting out in my career and didn’t have the means to provide a stable home, even for myself. We decided as a family that I couldn’t go through with the pregnancy, and agreed that termination was the right choice. My heart was broken nonetheless.’

Uma had an abortion under local anaesthetic in Germany, and said while it ‘hurt terribly’, she believed she had ‘deserved the pain’.

While the actress said that her decision still saddens her, she does not regret it, as it led her to the life she now has with her three children.

Uma wrote: ‘I conceived my beautiful, magical children with men whom I loved and trusted enough to dare to bring a child into this world. I have no regrets for the path I have travelled. I applaud and support women who make a different choice.

‘The abortion I had as a teenager was the hardest decision of my life, one that caused me anguish then and that saddens me even now, but it was the path to the life full of joy and love that I have experienced. Choosing not to keep that early pregnancy allowed me to grow up and become the mother I wanted and needed to be.’

Uma is now mum to Stranger Things actors Maya, 23, and Levon Roan, 19, from her marriage to Ethan Hawke, and daughter Luna, nine, from her relationship with financier Arpad Busson.

The Dangerous Liaisons star said that she hoped her essay could help women and girls in Texas who felt shame that they ‘can’t protect themselves from’.

At the start of September, a law came into effect in the state of Texas banning abortion from as a early as six weeks into pregnancy – a point when many women do not know they are pregnant – and gives any individual the right to sue doctors who perform an abortion past this point.

The law took effect after the US Supreme Court did not respond to an emergency appeal by abortion providers, and is one of the most restrictive in America.