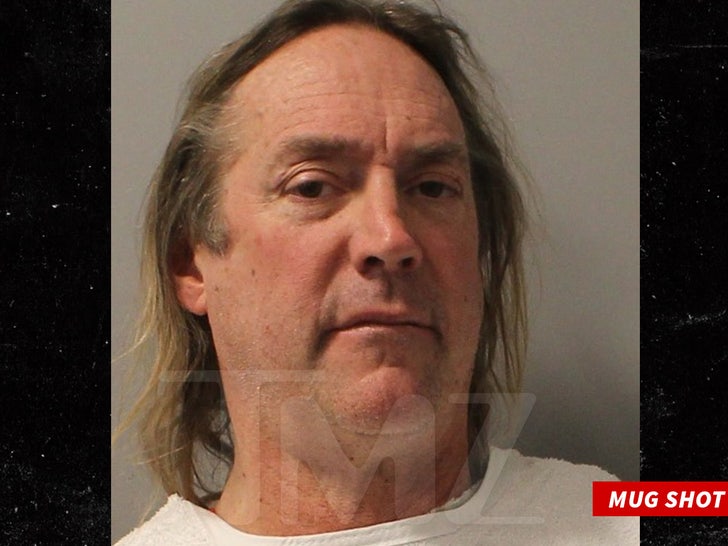 Danny Carey, the drummer for Tool, got busted for assault at the airport in Kansas City … and cops say it all stems from a fight he got in with someone inside the terminal.

Law enforcement sources tell TMZ … airport police responded Sunday night to a report of a disturbance between 2 men and when they got to the scene they arrested DC and transported him to a nearby police station for booking.

We’re told Danny was booked for misdemeanor assault … and as you can see, he certainly didn’t look happy in his mug shot. He’s no longer in custody after being released on bond.

Cops tell us the police report is being forwarded to prosecutors for review, and potential charges will follow.

As for his weekend, Danny performed at the Kansas vs. Mizzou college basketball game with the band. He was clearly good luck, as Kansas won. Too bad things took a turn at the airport.

Danny hails from Kansas, and he’s been playing drums for Tool ever since the rock band formed way back in the 1980s in Los Angeles … with many considering him one of the greatest drummers of all time.

In addition to rocking with Tool, Danny also plays drums for smaller acts like Pigmy Love Circus, Zaum, Legend of the Seagullmen and Volto.

We reached out to Danny’s reps … but they had no comment on his arrest.