Tom Cruise faced the wrath of the Internet this week after TV cameras showed him in the stands at a baseball game in San Francisco on Oct. 9. Social media seemed to think he didn’t quite look like himself, with many commenting about his puffier-than-usual face. Some wondered if Tom, 59, was having an allergic reaction, while others suspected he had plastic surgery or fillers. Others actually firmly believed that it was an impersonator, completely ignoring the fact that Connor Cruise, his son, was sitting next to him. To be fair, Tom did have some people in his corner, arguing that he’s simply aging.

Back in January 2019, Austin “Chumlee” Russell was pushing 350 pounds. Now, two and a half years later, he’s almost cut that number in half. The “Pawn Stars” personality is now showing off his 190-pound body, which he got with the help of gastric sleeve surgery. Chumlee revealed to TMZ on Oct. 10 that he’s shed 160 pounds.

Captain Kirk is officially an astronaut. On Oct. 13, William Shatner hopped on Blue Origin’s New Shepard capsule and launched to the edge of space. He and the crew experienced four minutes of weightlessness before the capsule headed back to earth, landing in the West Texas desert. At 90, he’s now the oldest person to ever go to space. After landing, the “Star Trek” actor was moved to emotion while discussing he experience with Jeff Bezos, who owns the space tourism company. “What you have given me is the most profound experience I could imagine,” he said. “I’m so filled with emotion about what just happened. It’s extraordinary. I hope I never recover from this. I hope I maintain what I feel now. I don’t want to lose it. It’s so much larger than me, and life.” On the other hand, to say everyone was excited for the erstwhile Captain Kirk would not be true: Former co-star George Takei made it clear their long-running feud is still on, telling Page Six, “He’s boldly going where other people have gone before.”

RELATED: “Star Trek” captains: Where are they now?

George Clooney has some harsh things to say about “knucklehead” Donald Trump. While chatting on the BBC’s “Andrew Marr Show” on Oct. 10, the actor, who is a Democrat, argued that the former president “can’t stand” his own supporters but loves being adored by them. However, George acknowledged that Trump will be a political factor for years to come. “It’s so funny because he was just this knucklehead. I knew him before he was a president. He was just a guy who was chasing girls. Every time you went out, he’d come over and be like: ‘What’s the name of that girl?’ That’s all he was,” George said. “And the idea that there’s this whole group of people that, you know, that they think he’s the champion of which, he certainly can’t stand in real life. He’s gonna play this out for a while and we’ll see where we go with it as a country. My hope is that we have a little better sense than to do that again, my hope.”

Howie Mandel is recovering at home following a scary incident in which he passed out at a Los Angeles Starbucks. TMZ reported that the “America’s Got Talent” judge was with his wife and friends at the coffee shop on Oct. 13 when he simply fainted and fell over.Paramedics came and eventually took the comedian to the hospital. “I am home and doing better. I was dehydrated and had low blood sugar,” he tweeted afterward. “I appreciate the great doctors and nurses that took such good care of me. Thank you to everyone who reached out but I am doing ok!” On Oct. 14, Howie shared another detail, telling daughter Jackelyn on his “Howie Mandel Does Stuff” podcast that he’d just had a colonoscopy and went right back to work afterward and was using caffeine to power through, which only added to his dehydration issues.

Halsey opened up about her post-birth body after stunning fans with her appearance on “Saturday Night Live.” The singer credited her look with good wardrobe and lighting. “That was a weird feeling,” she wrote on Instagram on Oct. 11, referring to people talking about her appearance. “My body has felt like a stranger’s for a long time.” Alongside her lengthy caption, Halsey posted a slideshow of images that show her in the days after she gave birth to son Ender Ridley Aydin in July. “The body behind all those compliments the other night was wearing a custom tailored outfit and lighted perfectly after much testing, so I could feel good and do my job. I do not want to feed the Illusion that you’re meant to feel and look ‘great’ immediately postpartum. That is not my narrative currently,” she wrote. “If you’ve been following me because you’re also a parent and you dig what I’m doing, please know I’m in your corner. I will never have my ‘pre baby body back’ no matter how it changes physically because I have now had a baby! And that has altered me forever; emotionally, spiritually, and physically. That change is permanent. And I don’t want to go back!”

A “Housewives” alumna now has a connection to the White House. On Oct. 11, former “The Real Housewives of Orange County” star Meghan King married Cuffe Biden Owens, a Los Angeles-based attorney who’s the nephew of President Joe Biden. The POTUS even attended the wedding, which took place at Cuffe’s childhood home in Pennsylvania just three weeks after the couple got together, Us Weekly reported. “We connected on a dating app, texted for a day or two, then spent five straight hours on the phone the first time we spoke,” Meghan told Brides magazine. “By the time that call ended, Cuffe was booked and packed for a flight to St. Louis [where I live] that took off in about eight hours. Within a week, we were back on the East Coast, meeting his family, and starting to plan our future together. We didn’t leave each other’s side for weeks.”

Paul McCartney is changing the narrative associated with the breakup of the Beatles. For decades, the rocker has been the scapegoat for the split, but he told the BBC that John Lennon was actually the one responsible for splitting up the band in 1970. “I am not the person who instigated the split. Oh no, no, no. John walked into a room one day and said I am leaving the Beatles. Is that instigating the split, or not?” Paul said in an interview to be broadcast later in the month, per the Guardian, adding that John said he found the split to be “quite thrilling” and “rather like a divorce.” The Wings frontman said he and his bandmates, Ringo Starr and George Harrison, “were left to pick up the pieces,” which took months. The band, Paul alleged, was told to keep quiet about the split. “So for a few months we had to pretend,” Paul said. “It was weird because we all knew it was the end of the Beatles but we couldn’t just walk away.” After a while, Paul got “fed up with hiding” the news, so he announced the breakup. Paul, by the way, doesn’t blame John’s widow, Yoko Ono, for the demise of the group, which is another assumption often associated with the Beatles.

“Teen Mom OG” star Amber Portwood has come out as bisexual. The reality TV star opened up about her sexual identity on the Oct. 12 episode of her MTV show. “People are going to be a bit shocked that I am bisexual,” she said. “That I have had a relationship with a woman for 8 months before [when I was 20 years old].” Amber said ex Gary Shirley, with whom he shares a daughter, knows that she’s bisexual. As for why she decided to come out publicly now? She cited her children, Leah and James. “[They] are a really big factor of why,” she said. “I don’t want them to ever think it’s bad. I don’t want them to look at other people who are like this and think it’s bad. Who am I to sit here and hide forever? Which is actually what I was planning on doing anyways. I was going to go to the grave with this.” 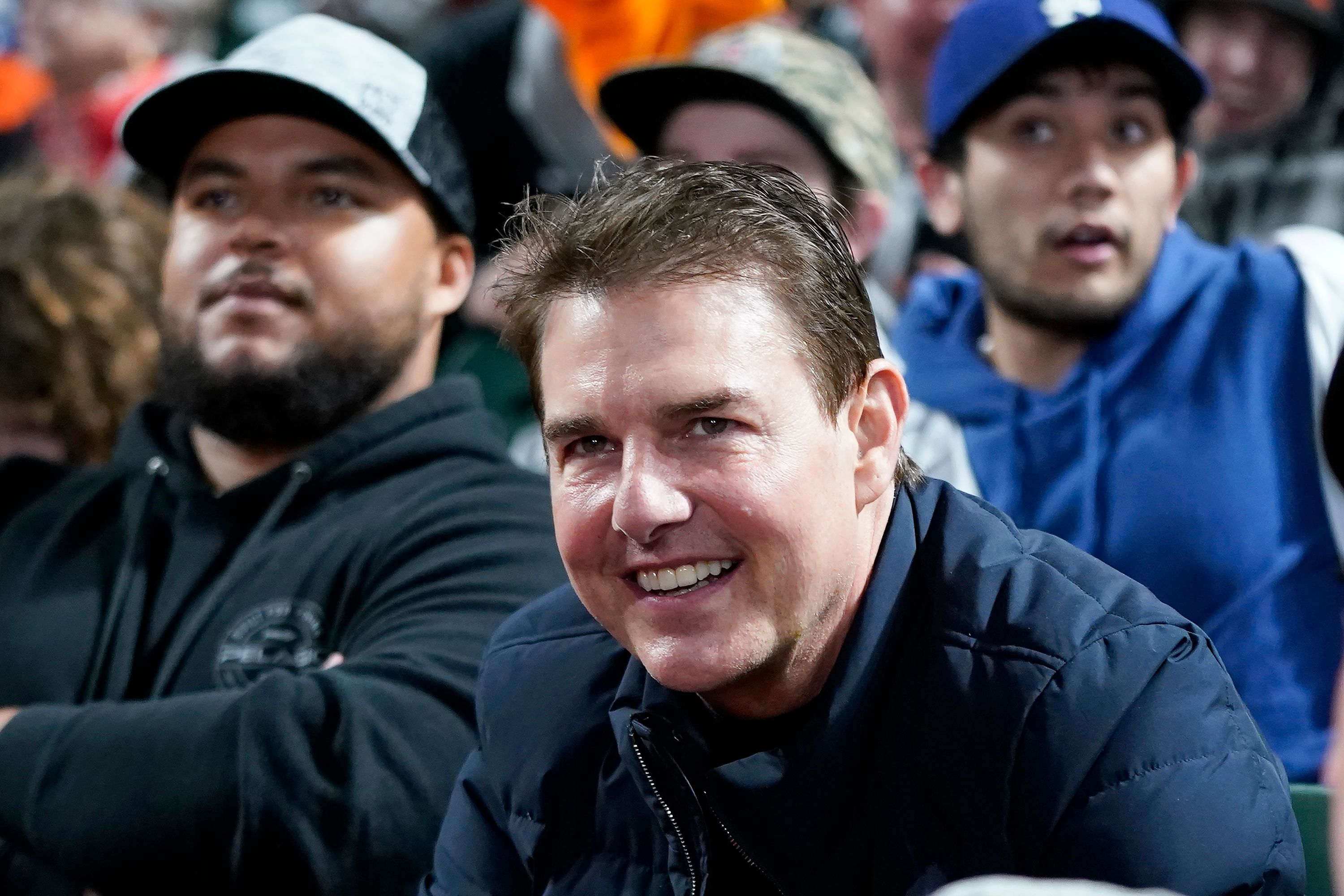 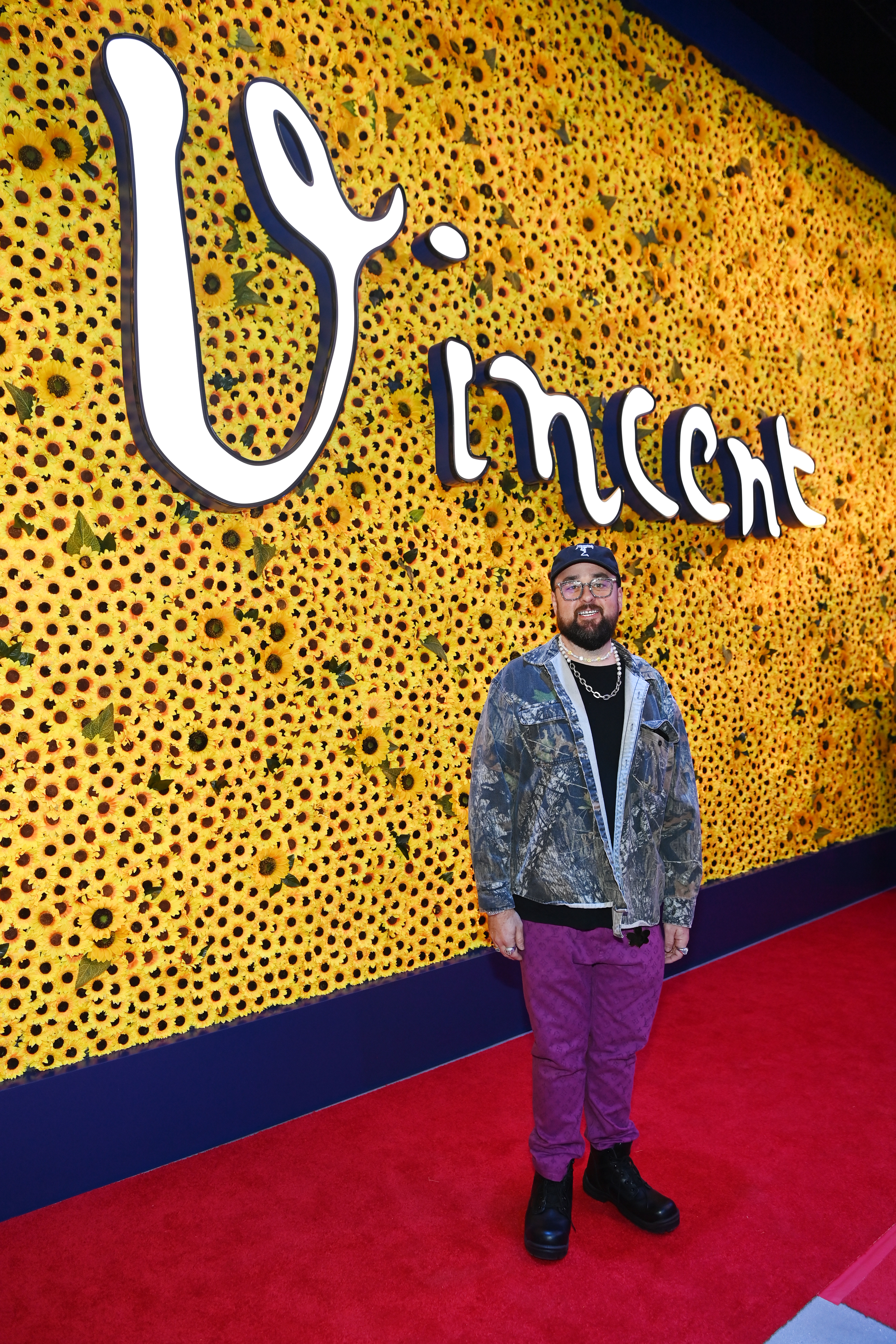 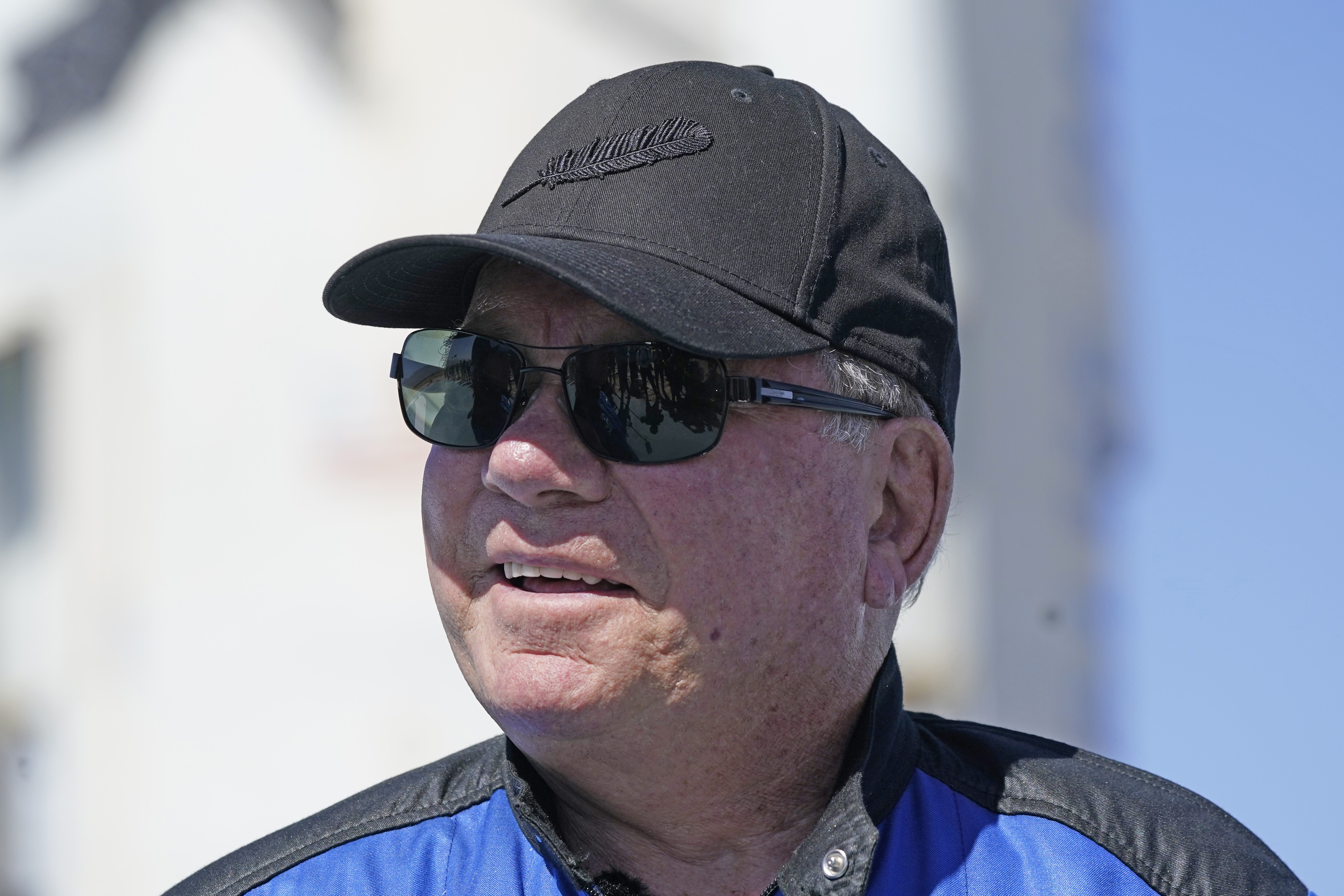 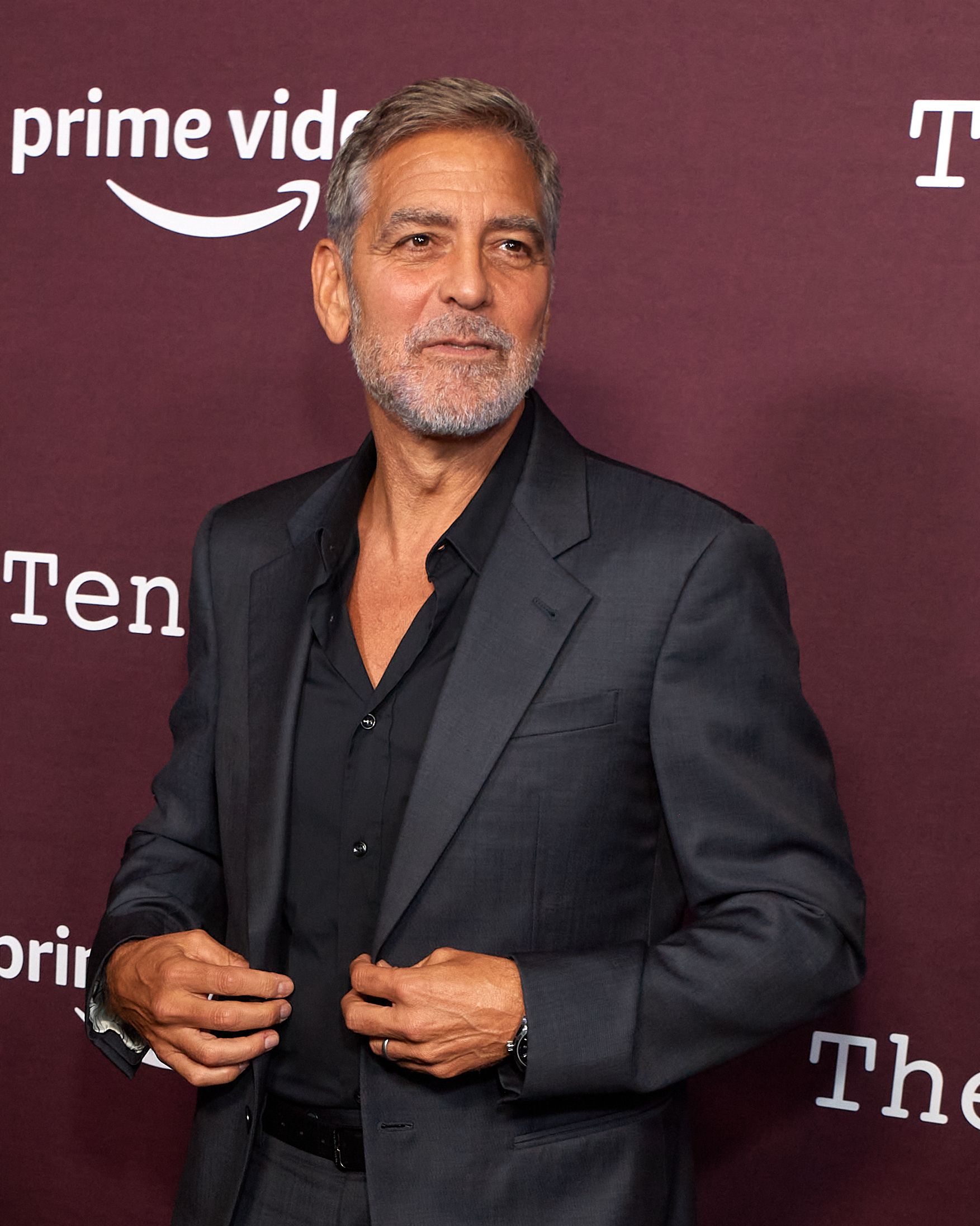 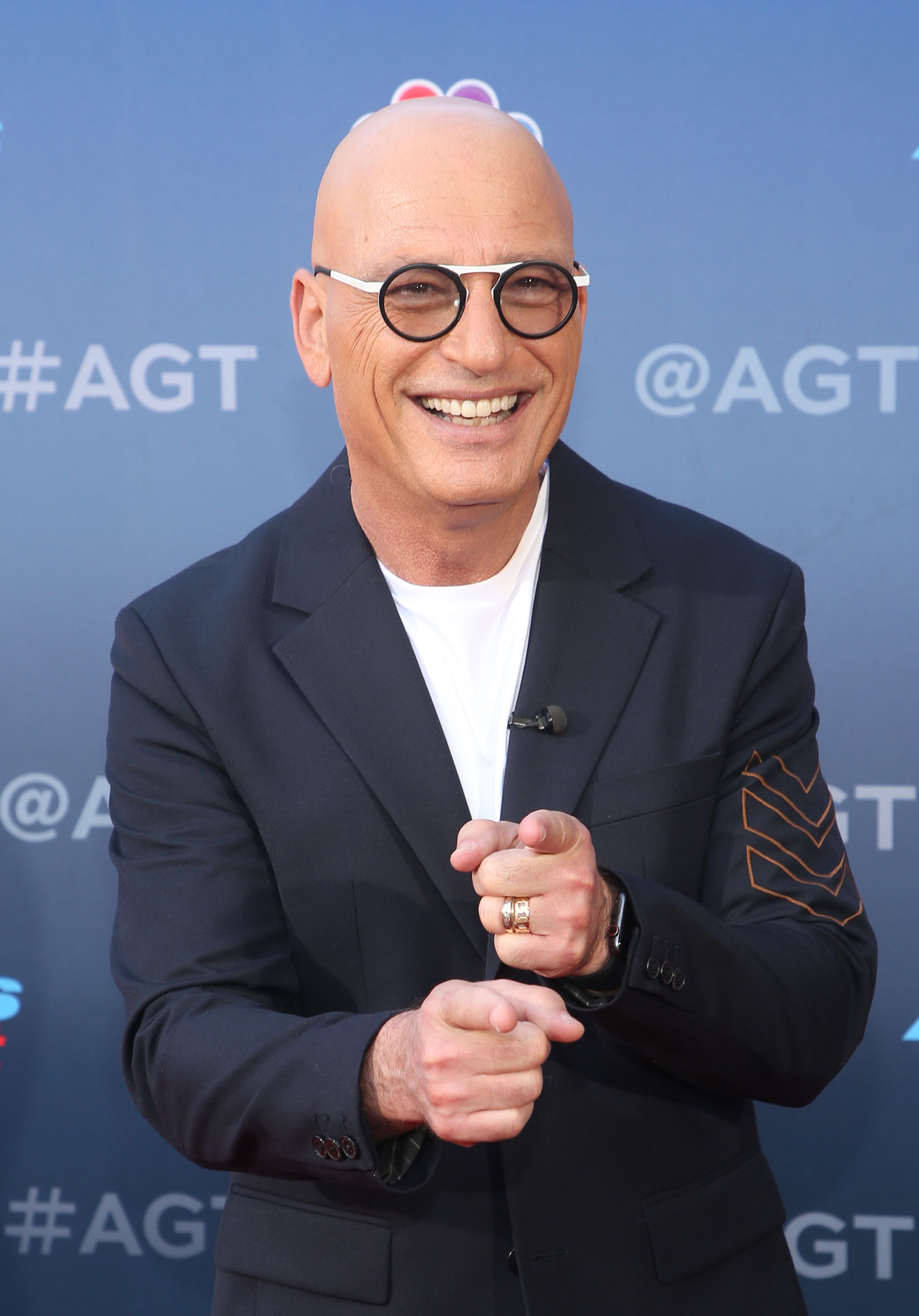 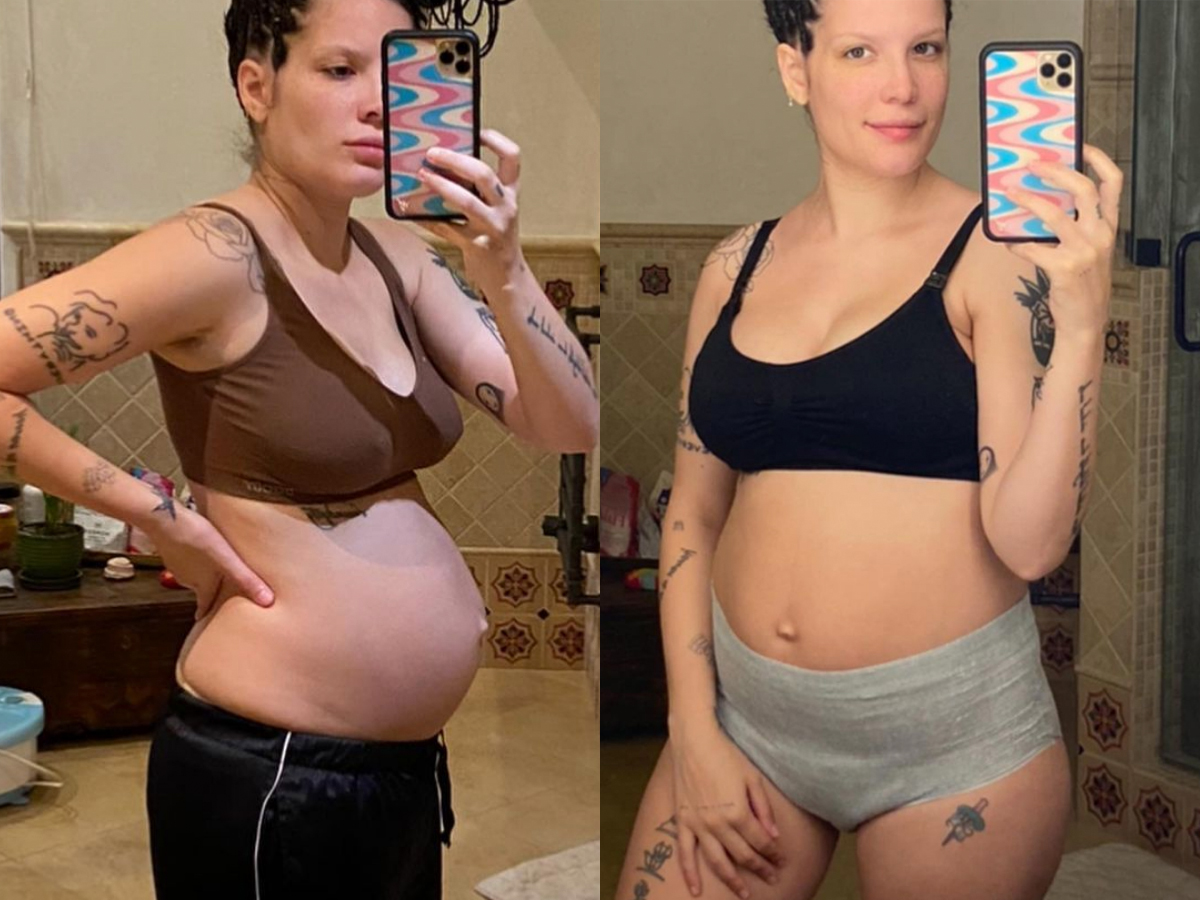 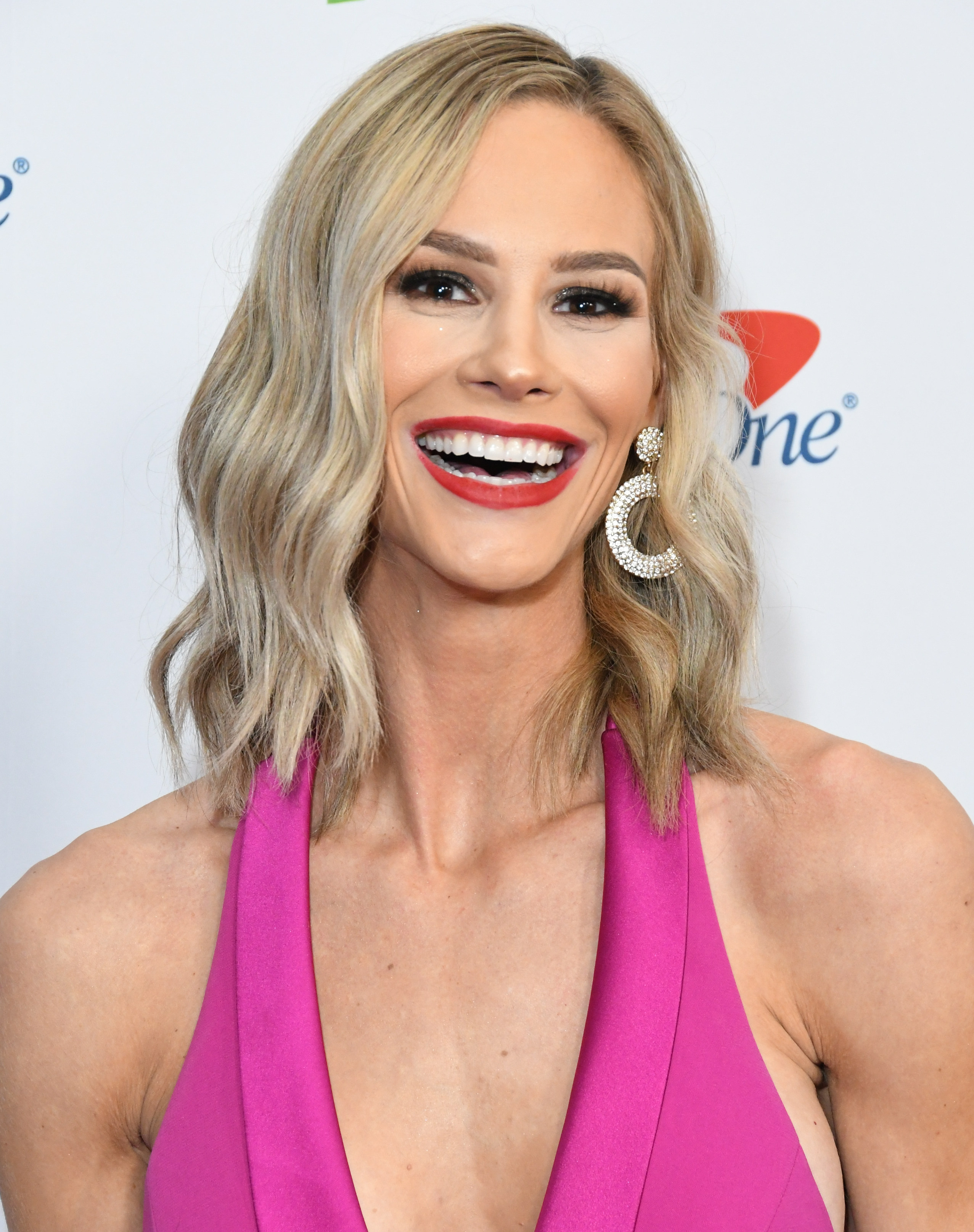 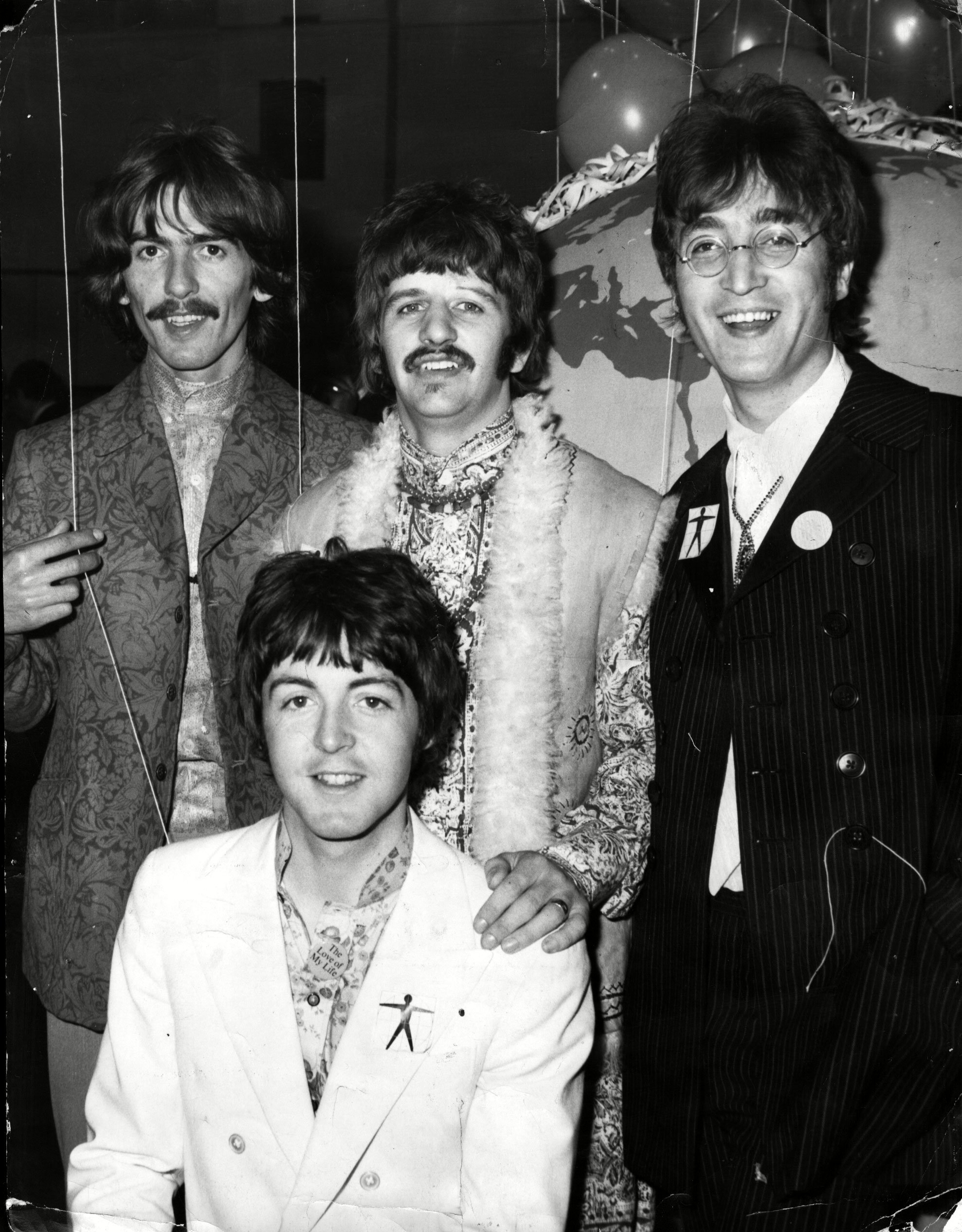 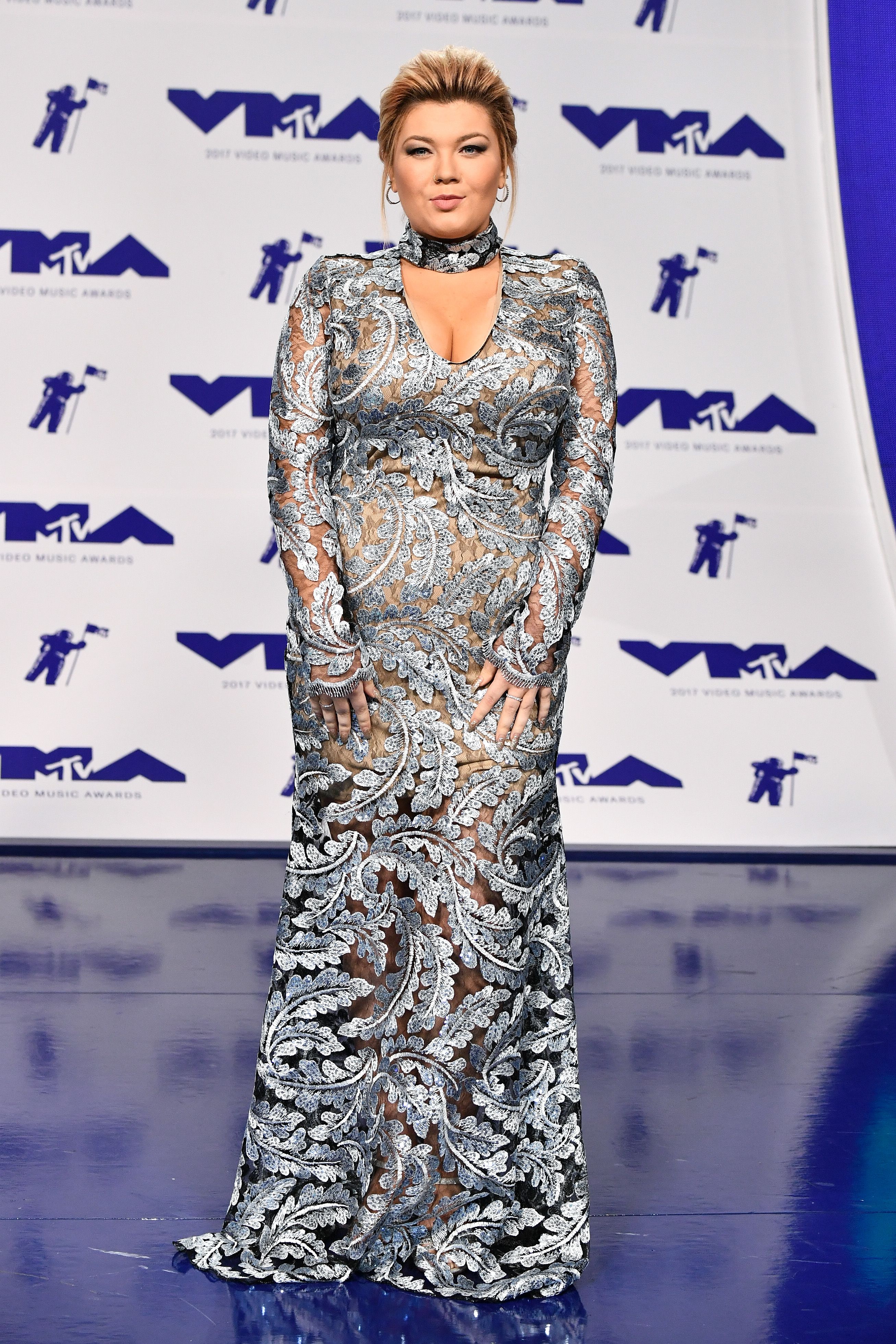 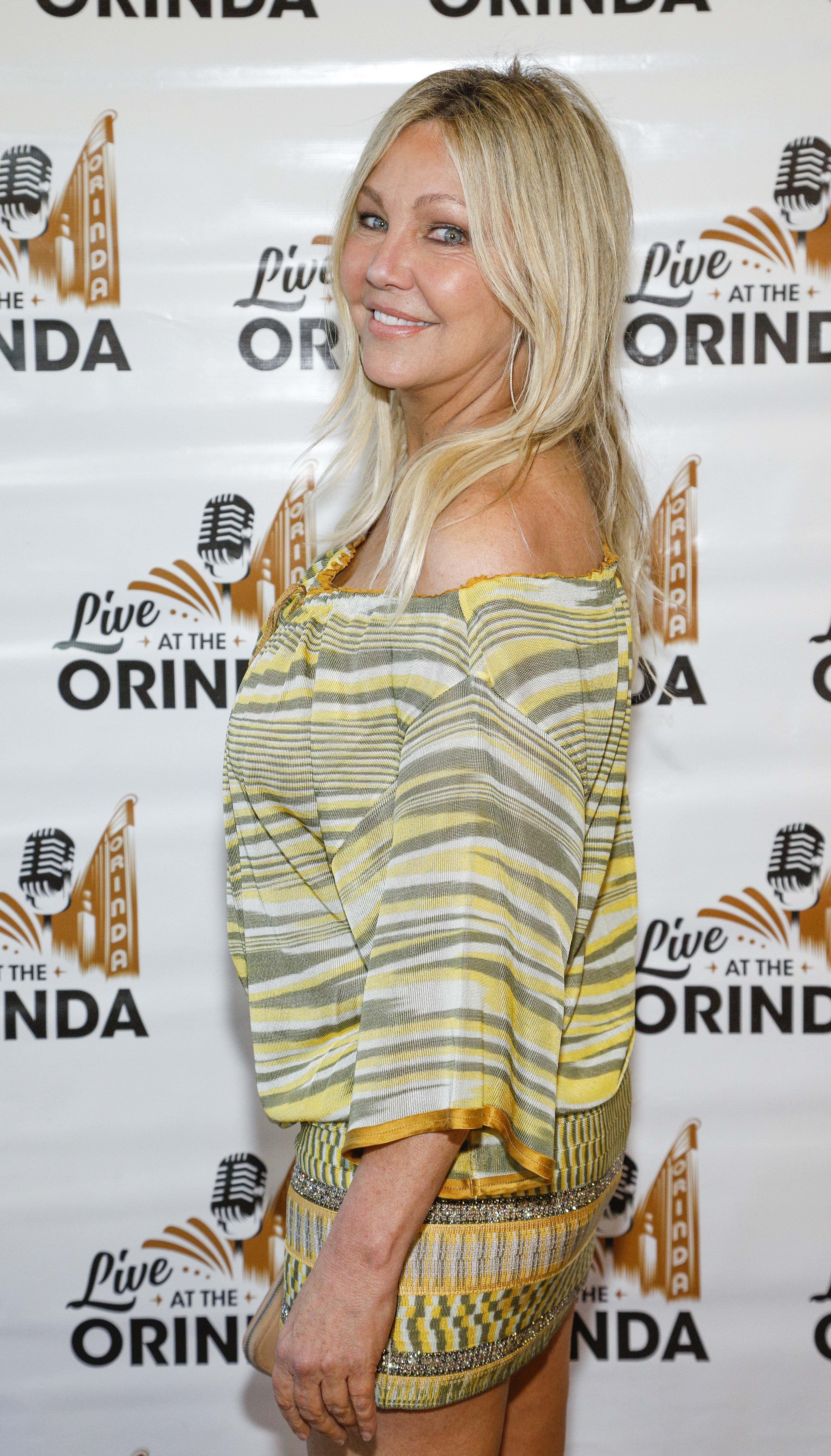