Days before New York Gov. Andrew Cuomo is scheduled to walk away from office on August 24 after a spate of recent scandals, it seems he left the governor’s mansion in Albany without a member of his family: his dog, Captain. As the Albany Times Union reported on August 23, Cuomo, who announced his resignation earlier in the month after the state attorney general’s office concluded that he had sexually harassed at least 11 women — many of whom had been, at one point, under his employ — purportedly departed from the New York capitol less than one week prior to stay with a sister in Westchester County without the dog.

According to two unnamed sources who spoke to the Times Union — both of whom were identified as members of the state police — the disgraced career politician allegedly asked multiple current staffers whether or not they would be interested in keeping Captain for the long haul. However, as the newspaper noted, a high-profile member of the governor’s office offered a conflicting report regarding the status of the dog since then. So, what’s going on here? And where will Cuomo’s dog go? Keep on reading after the jump to find out more.

There are conflicting accounts about Andrew Cuomo's dog 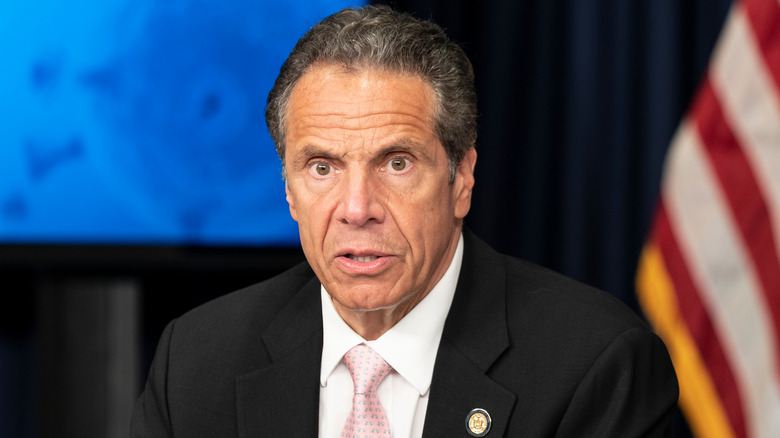 Per the two insiders who spoke to the Times Union, Andrew Cuomo allegedly initially gave Captain to one of his staff members to take home permanently within the two-week period after he tendered his resignation, but before he officially stepped down from his gubernatorial duties. Cuomo adopted Captain, who is, as the newspaper noted, a “high-strung mix of shepherd, Siberian and malamute,” in 2018, and he spent only a handful of days with the supposed staffer before he was returned to Cuomo due to the fact that the staffer found Captain to be “too much” to care for. Following the failed attempt at an official adoption, the dog was left in the governor’s mansion in Albany, where he was presumably taken care of by those who still have access to the residence and office headquarters.

However, Cuomo senior adviser Richard Azzopardi offered a different account of the events. Speaking with the Times Union, Azzopardi was seemingly angered by the testimonies given to the newspaper. “Captain is part of the governor’s family and for your nameless ill-informed source to imply they’ve been trying to give him away is untrue,” Azzopardi told the Times Union. “Someone offered to watch him for a few days while the transition was ongoing but for that to be weaponized and morph from a game of telephone into the pages of your paper is absurd.”

But Azzopardi’s earlier comments made the issue even more puzzling. 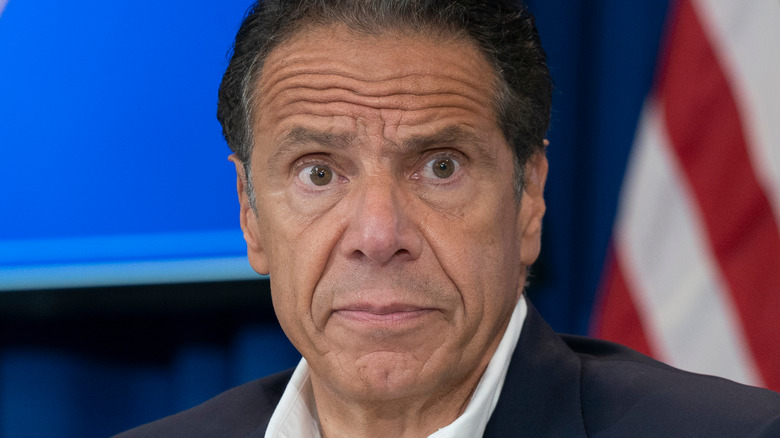 In earlier remarks to the Times Union, Andrew Cuomo’s spokesperson, Richard Azzopardi, seemingly attempted to redirect the focus from the status of Cuomo’s dog to other matters. But, in doing so, he provided an incoherent admixture of priorities. In response to the Time Union’s questions over Captain, Azzopardi said that the administration had much bigger things to deal with at the moment.

Per the Times Union, before releasing an official statement, Azzopardi told the newspaper that the two major priorities of the governor’s staff were the approach of and state of emergency caused by Tropical Storm Henri and Cuomo’s upcoming vacation, the latter of which Azzopardi mentioned first. “He wants to go on vacation,” the spokesperson said at the time. “They love that dog. … That’s not what he asked: He didn’t ask to give away the dog. … This nameless source is crazy. … I can’t believe this is what I’m dealing with right now, when I’m dealing with a major storm.” Even though Azzopardi listed off Cuomo’s planned vacation first, the tropical storm, as of the time of this writing, has left over 140,000 residents without power throughout the Northeastern corridor, per The New York Times, and has caused significant flooding and damage in New York. As for Captain, only time will tell with regard to his fate.