Head over heels! Taylor Swift displayed some rare PDA with her boyfriend, Joe Alwyn, at the NME Awards in London on Wednesday, February 12.

The “Lover” singer, 30, made a surprise appearance at the ceremony to accept her award for Best Solo Act and Alwyn, 28, was by her side. Fans captured some sweet moments of PDA between the couple including when Swift reached over to give the Harriet star a kiss. In another moment, the “Blank Space” songstress hugged Alwyn before she went on stage to accept her award. The duo got cozy with the actor wrapping his arms around Swift, who later ran her hand through his hair.

Swift and Alwyn, who began dating in May 2017, have kept their three-year relationship out of the public eye. The Grammy winner explained in her Netflix documentary, Miss Americana, that they decided to keep their romance private because of the scrutiny Swift has faced in the past. 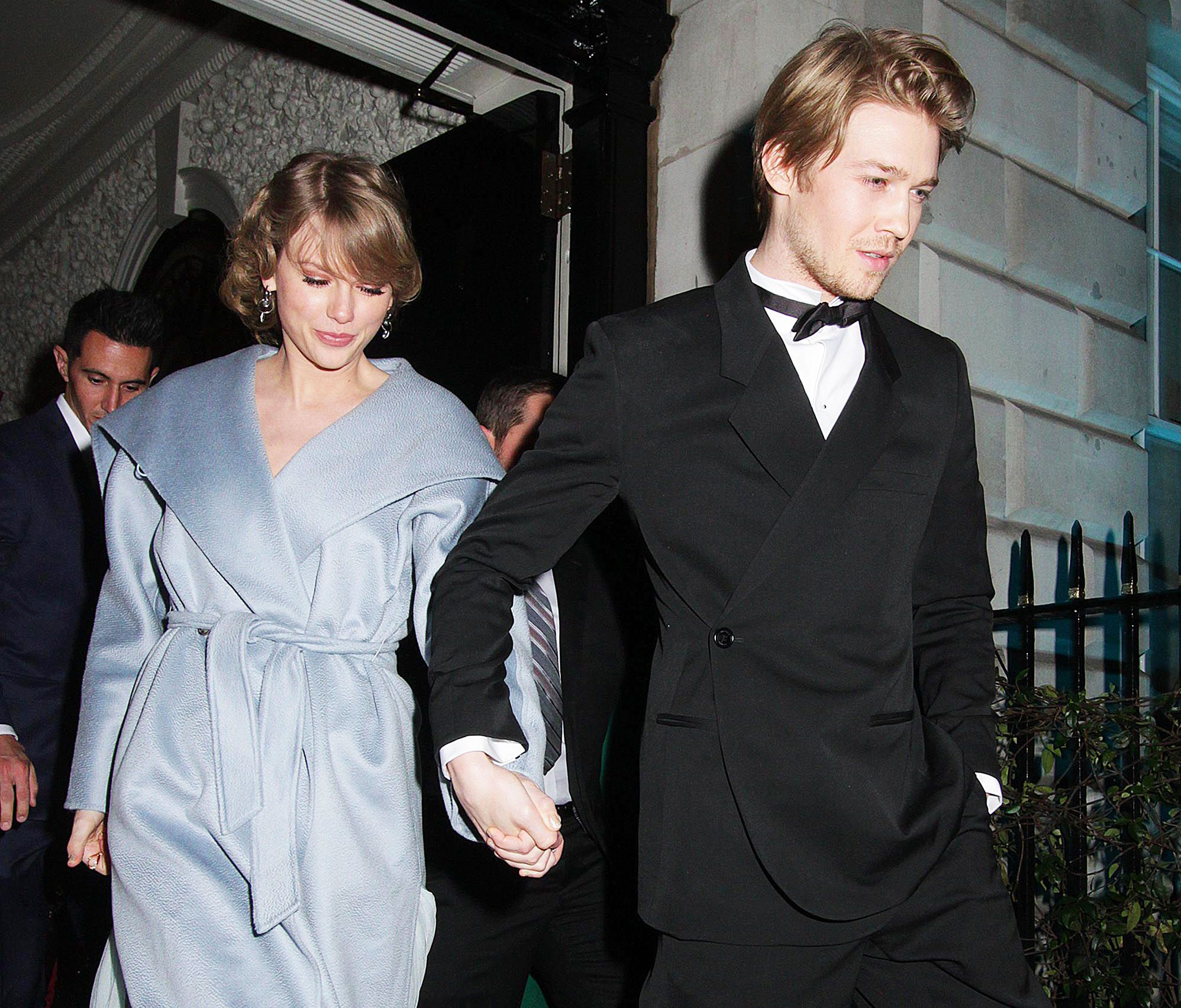 “I felt alone, I felt really bitter,” Swift explained. “I felt sort of like a wounded animal lashing out. I figured I had to reset everything. I had to reconstruct an entire belief system for my own personal sanity. I also was falling in love with someone who had a wonderfully normal, balanced life.”

She added, “We decided together we wanted our relationship to be private. Even though it was really horrible, I was happy. But I wasn’t happy in the way I was trained to be happy. It was happiness without anyone else’s input. We were just happy.”

The pair have become more open with their relationship in recent months. Swift and Alwyn were spotted getting affectionate while celebrating New Year’s Eve in the Maldives in December 2019.

“They were holding hands, laughing, chatting, sometimes looked at each other lovingly and they both pecked each other on the lips,” an eyewitness told Us Weekly at the time. Days later, the couple were seen holding hands as they walked into a Golden Globes afterparty in January.

A source told Us in December 2019 that Swift and Alwyn are in a good place in their relationship.

“Taylor has had a tough year and Joe has been a rock for her,” the insider explained at the time.