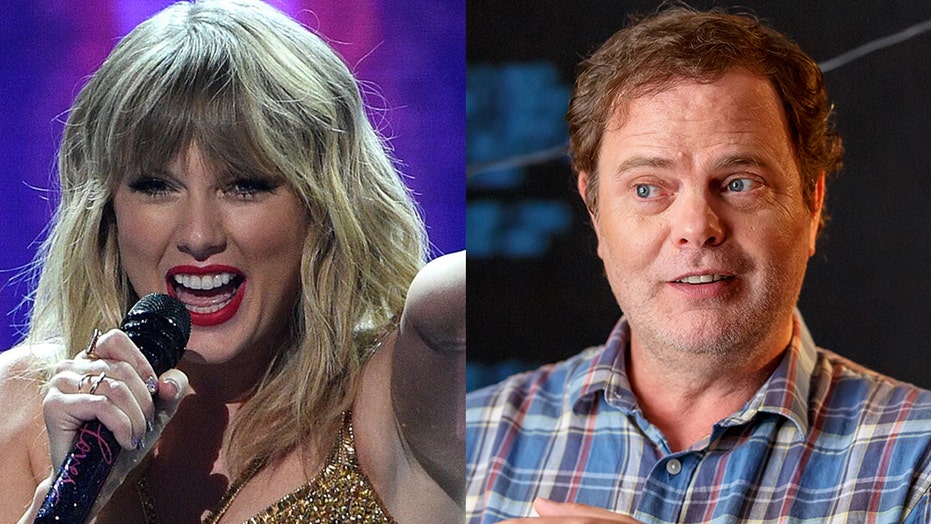 Taylor Swift got into a hilarious Twitter exchange with one of the stars of her favorite show, “The Office.”

The artist recently surprised all of her fans by dropping “Evermore,” her second album of 2020, on Friday without letting anyone know it was even coming until hours before it became available. In responding to a glowing review of the album, Swift inadvertently sparked a Twitter exchange with actor Rainn Wilson.

In response to a tweet calling “Evermore” a “masterpiece,” Swift shared her gratitude in the form of a gif of Wilson’s character from the hit NBC sitcom, Dwight Schrute, crying as he says the “Thank you.” The gif clearly got the actor’s attention as he soon took to Twitter to joke that he has no clue who the singer is.

“I do not know who this is,” Wilson joked. “Inventor of the Swiffer?”

Not to be outdone, Swift responded in the way only a fan of “The Office” knows how. She posted another gif from the show, this time showing John Krasinski’s character, Jim Halpert, saying “touche.”

Halpert and Schrute spent the entirety of the series in a playful rivalry, constantly jabbing one another through various pranks. Wilson has yet to respond to the “Willow” singer’s latest show reference.

The Twitter exchange comes as a bit of a birthday present to Swift, who turned 31 the day before. People notes the star celebrated the milestone by gifting her fans with even more music. She debuted a dance remix of her new single “Willow.” 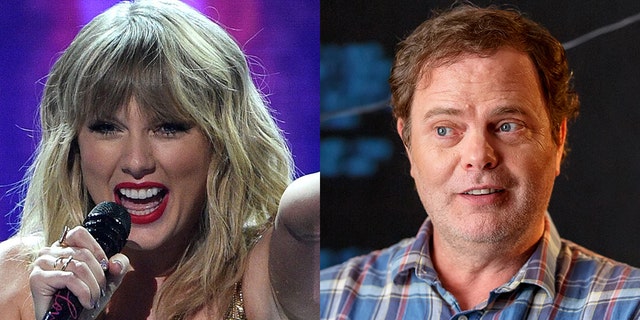 Taylor Swift got into a brief Twitter exchange with ‘The Office’ star Rainn Wilson.
(AP/Getty Images)

"Not to be all ‘iTs mY BiRtHdAY & I jUsT wAnNa DaNcE’ but… it is and I do," Swift said in an Instagram post announcing the track. "So we’ve released the willow dancing witch version, remixed by Elvira, a bad a– female producer I really respect.”

According to People, the video picks up where the video for the song “Cardigan” leaves off, with her crawling into her piano wearing a cardigan and emerges in a forest under a willow tree.