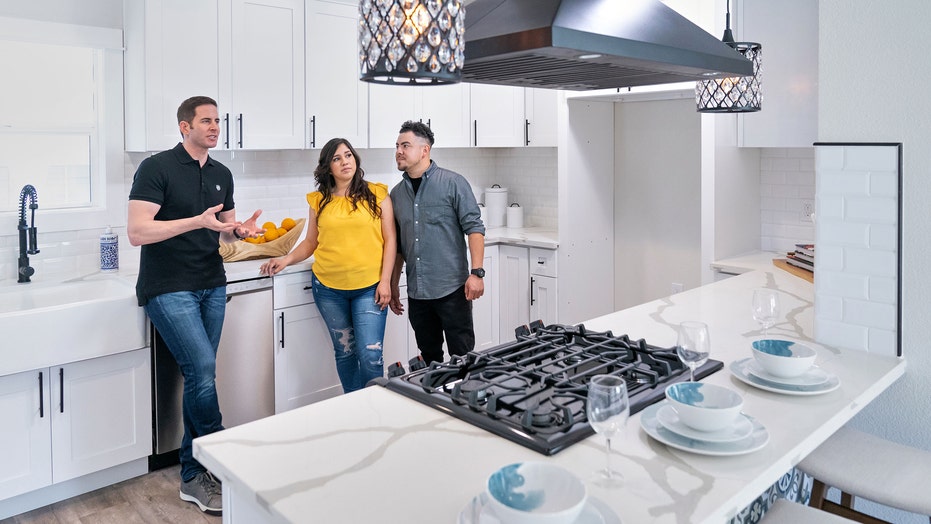 How ‘Flip or Flop’s’ Tarek El Moussa got his start

How Tarek El Moussa went from living in a garage to starring on HGTV’s ‘Flip or Flop.’

The HGTV expert just filmed the pilot of his new original series "Flipping 101 w/ Tarek El Moussa"  which will consist of 14 episodes and feature "Tarek as he mentors real estate novices to help them learn the secrets of a successful flip."

He also has a new digital series, titled "Tarek's Flip Side," which will premiere on August 1 and offers fans a peek into the 37-year-old's personal life, including spending time with his kids Taylor, 6, and Braydon, 3.

EXES CHRISTINA ANSTEAD AND TAREK EL MOUSSA RETURN FOR NEW 'FLIP OR FLOP' SEASON: 'WE RESPECT EACH OTHER'

El Moussa spoke with Fox News about his new business ventures and what's next for him both personally and professionally.

"I'm a huge believer in coaching and mentoring and I've really enjoyed doing it," the home renovation star said of his new series. "I know how difficult it can be when you're new at something and it's a very rewarding feeling to help someone out and [for them to] find success faster than they would have on their own."

El Moussa admitted that when he started his career it was "scary and overwhelming" because he wasn't familiar with many of the aspects of home renovation which he's now learned over time and through trial and error.

"I was given an opportunity to share with my followers who I am outside of being a real estate flipper and I really enjoyed the chance to show people how I am with my family and playing with my kids," he explained.

On August 1, Season 8 of "Flip or Flop" premieres and this time around, El Moussa and his ex-wife Christina Anstead (she remarried and is expecting a son with second husband Ant Antstead) are moving forward in their lives as business partners and co-parents. "Things have changed since season one — we're different people with different lives," he said.

As for featuring their kids on national television, El Moussa revealed that he and Anstead spoke about how much exposure the former couple wants them to have. "We're very open and I feel like we keep [filming the kids] fairly limited. I feel like we have a good balance — the kids aren't on [the show] all the time," he explained.

"My daughter already tells me she wants to work with me. My dream is to have both my kids work with me all day, every day," he gushed. "She loves the interior design aspect of it."

To add to his busy life being a dad and starring in three TV shows, El Moussa is also a landlord. He owns 93 properties throughout the country and has a goal of owning and renting 10,000 properties.

In addition, he is launching his podcast/YouTube show "Life by Design," which will feature El Moussa interviewing someone he thinks is inspirational or a "comeback after a setback" and cover a variety of topics. Plus, he's producing a few other series still in development.

'FLIP OR FLOP' STAR TAREK EL MOUSSA EAGER TO DATE, BUT NOT HAVE KIDS AFTER CHRISTINA ANSTEAD DIVORCE

"I'm sharing a lot of personal and intimate stories, so I think the viewers will learn about another side of me they haven't seen before," he said of the podcast.

"Tarek's Flip Side" will debut on the HGTV app, HGTV.com, on-demand across all platforms, HGTV Facebook and HGTV's YouTube channel on August 1.