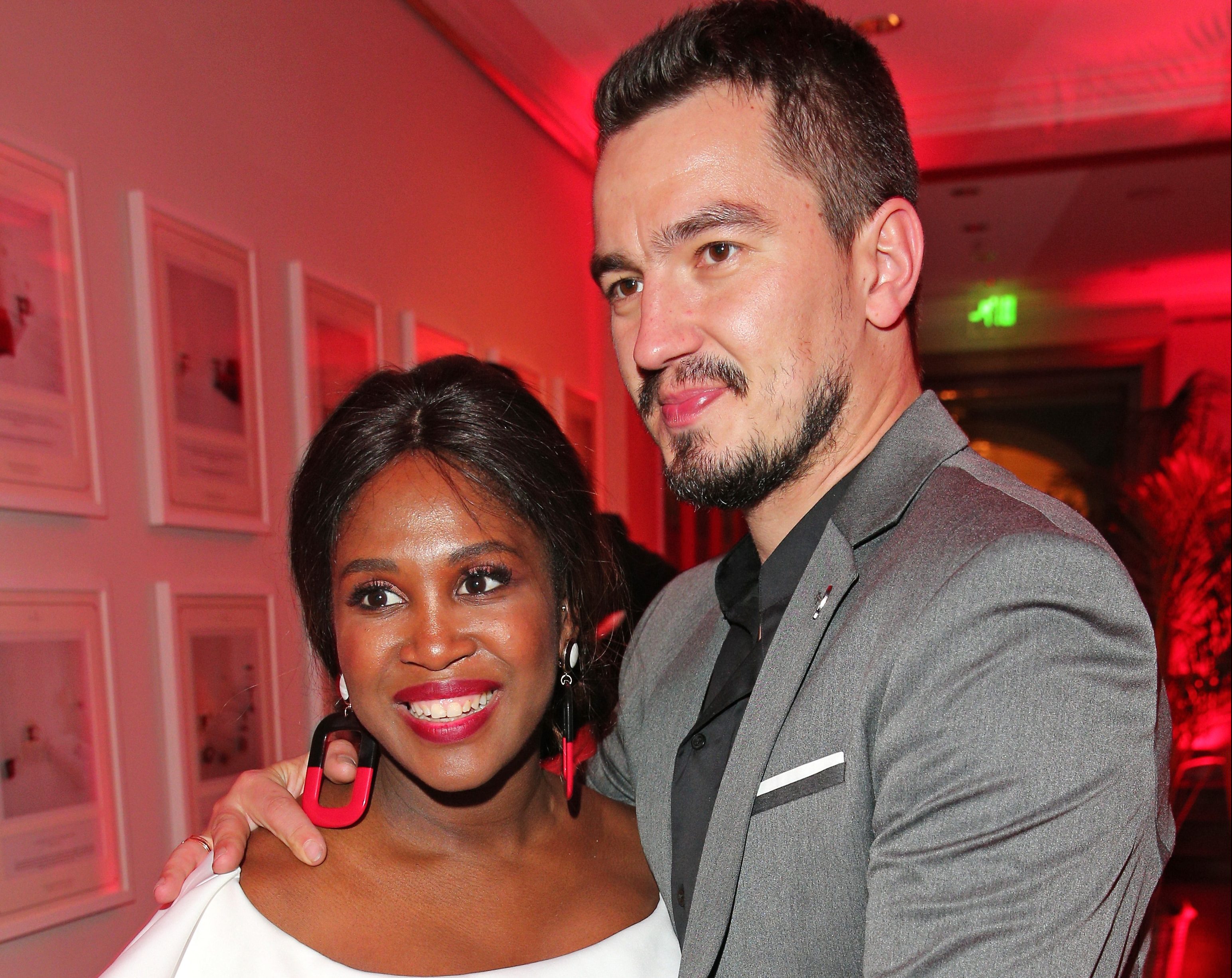 Strictly judge Motsi Mabuse has expressed her fear for her Ukrainian husband’s parents, saying they are not able to reach the Polish border following Russia’s invasion of the country.

She’s married to fellow dancer, Evgenij Voznyuk, and said she had spoken to her mother-in-law on the phone.

‘It’s heartbreaking hearing my mother in law crying this morning , afraid and there absolutely nothing we can do. Just Sad honestly,’ she tweeted.

Motsi added: ‘Our parents have been [told] to go outside and to switch off water &gas ! They have no possibility to get to the polish border.’

She had previously tweeted: ‘This cannot be happening!!!!!!!!!!!’ and asked for ‘prayers for Ukraine and the world’.

Itâs heartbreaking hearing my mother in law crying this morning , afraid and there absolutely nothing we can do ð¢! Just Sad honestly â¤ï¸

Our parents have been sold to go outside and to switch off water &gas ! They have no possibility to get to the polish border #Ukraine

She’s kept her marriage largely out of the spotlight, but occasionally shares snaps of Evgenij on social media.

Last night Russian President Vlamdir Putin finally gave the order for his troops to invade while issuing a chilling warning to the West not to interfere ‘or face great consequences’.

Why is Russia invading Ukraine?

Russia has been steadily building a force of up to 200,000 on the border for several months, heavily outnumbering its neighbour’s army.

Ukraine’s military has been preparing for an assault with the assistance of Western allies but there is a gulf in capability between the two nations.

The conflict between the countries began in 2014 when a popular revolution saw the pro-Moscow government in Kyiv swept away.

In response, Russia annexed Crimea and Moscow-backed separatists forces in the eastern Donbas region declared their independence, triggering years of grinding conflict which has claimed thousands of lives.

Russian president Vladimir Putin penned a long essay last year setting out his ethno-nationalist belief that Ukraine is destined to be a part of Russia, a clear warning he did not intend to stop at the Crimean peninsula.

US and UK intelligence has long warned Russia could use a range of military tactics to attack Ukraine.

Putin has kept the world guessing about his true intentions in recent months and at times has appeared to suggest a willingness to engage with diplomatic talks, despite preparing for an incursion.

After weeks of rising tensions, he took a series of steps this week that dramatically raised the stakes.

First, he recognised the independence of two separatist-held regions in Ukraine – Donetsk and Luhansk.

Then he said that recognition extends even to the large parts of the territories held by Ukrainian forces, including the major Azov Sea port of Mariupol.

Finally, he asked for and was granted permission to use military force outside Russia – effectively formalising a  military deployment to the rebel regions.

He suggested there was a way out of the crisis – if Kyiv would recognise Russia’s sovereignty over Crimea and renounced its bid to join Nato.

Both demands have been previously rejected by Ukraine and the West.

The country is now under heavy attack with troops pouring in and bombs heard across several cities.

Ukrainian authorities have confirmed Russian boots are on the ground inside the country after gun battles and air strikes at various points on the border.

The UK government has previously said it would not help Brits stuck in Ukraine to evacuate if the country does come under attack.

On Tuesday, Foreign Secretary Liz Truss urged British nationals in Ukraine to ‘leave now via commercial routes while they are still available’.