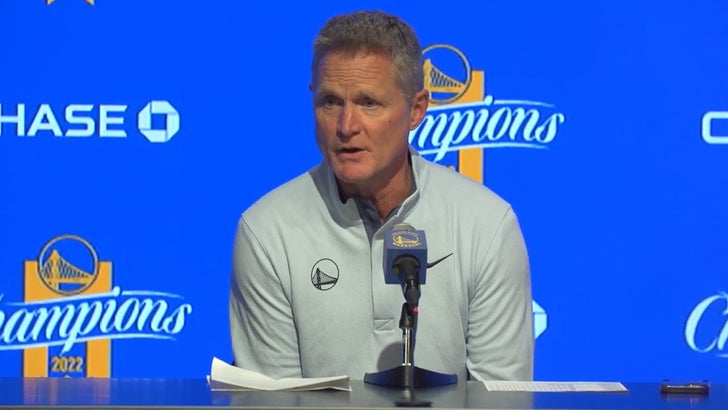 Golden State Warriors head coach Steve Kerr just revealed the extent of Draymond Green‘s punishment for punching teammate Jordan Poole in practice last week … saying the NBA superstar will be fined and NOT suspended — and he will rejoin the team on Thursday.

Kerr cut to the chase after the Dubs’ preseason win over the Portland Trail Blazers on Tuesday … starting off his postgame news conference by sharing an update on the 4-time champ.

Coach says the team has had “deep discussions” with players — including Poole and Green, as well as Stephen Curry — and other execs in the league about the incident … and came to the conclusion that it was the best route to take after assessing everything.

Kerr — who took the Warriors job in 2014 — says it was “an exhaustive process” … and it was a challenging decision.

“This is the biggest crisis that we’ve ever had since I’ve been coach here,” Kerr said. “It’s really serious stuff.”

Kerr says he will not disclose the amount of Green’s fine.

Poole and Green have had a sit-down conversation since the incident, Kerr said … adding Jordan played a key part in determining the penalty.

By the sound of it, the two players have buried the hatchet and are willing to team up to defend their title this upcoming season.

Draymond will play in the Warriors’ preseason game on Friday … and take the court in GSW’s regular season opener.