But 13 years after a stingray’s barb pierced her father’s heart in a freak accident that was captured on camera, she is more determined than ever to continue her conservationist dad’s work as a self- ­proclaimed “wildlife warrior”. Bindi, 21, whose family run Australia Zoo in Brisbane, has embraced the spotlight and vowed to honour her father’s legacy. “I believe that every person is put on this planet for a reason and some of us find our purpose early on in life,” she explains. 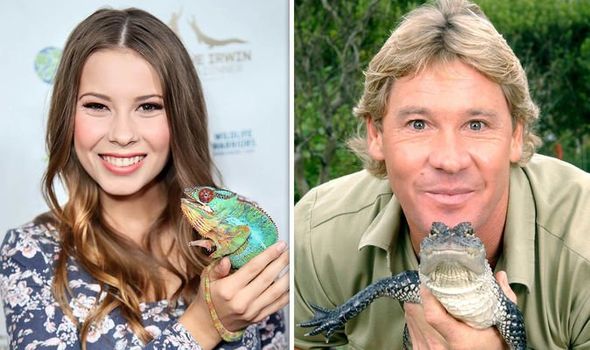 “My dad always used to say, ‘I don’t care if anyone remembers me, I care if people remember my message’.

“For me, I really feel like I’ve been put on this planet to make a difference.

“I’m a wildlife conservationist so I’ve ­dedicated my life to making a difference for our wildlife and wild places.

“When Dad first came up with the term, ‘wildlife warrior’, what he meant was for us to stand up and speak for those who cannot speak for themselves – and that feels like my calling in life.”

Bindi, who was just eight when her father died, insists she has always had a wise head on young shoulders.

Either way, she and her younger brother Robert, now 15, had to grow up fast in the glare of the world’s media.

“My mum [naturalist Terri] always says to me, ‘You were born as this little 86-year-old’,” Bindi admits.

Steve had been filming a new show – ironically called Ocean’s Deadliest – near Port Douglas in Queensland, north-east Australia, when he was fatally injured by a stingray he had been swimming with.

Despite desperate attempts to save him, the zookeeper died within minutes.

Like much of the Irwin family’s life until that point, the freak accident was ­captured on video. 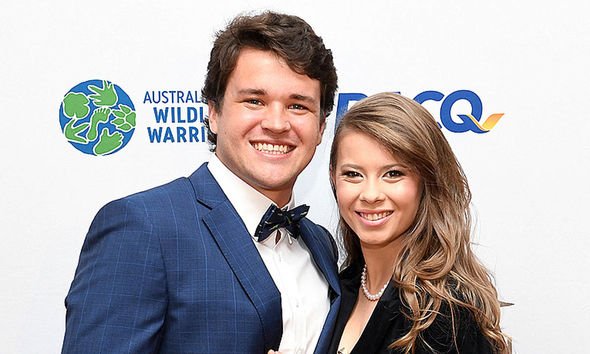 Bindi, who won Dancing with the Stars – the US version of Strictly Come Dancing – in 2015, was literally born on camera in Buderim, Queensland, in 1998, seven years after Steve met American-born Terri.

“I’ve been filming since I took my first breath,” Bindi says.

“Dad was filming crocodiles somewhere about two hours away when Mum went into labour. She called Dad and was like, ‘Maybe you should get to the hospital’.

“So Dad invited the entire film crew to come and capture the moment I was born.

“My mum is the most patient, extraordinary woman in the world but even she admitted that she wasn’t at her patient best at that moment and just told everyone to be quiet.”

The man who filmed Bindi’s arrival is still very much part of her life.

He is now the head cameraman on season two of the family’s behind-the-scenes wildlife show, Crikey! It’s The Irwins.

“I’ve known Trevor quite literally as long as I’ve known my parents so the whole thing just feels like a giant family reunion,” explains Bindi.

And rather than making her remember the sadness surrounding her father’s death, Bindi sees the show – which features many clips of Steve’s madcap adventures with dangerous animals, including crocodiles, snakes and spiders – as a way of reconnecting with her wildlife-mad father.

“Filming for me always brings me back to times that I had with Dad because that’s what we always did as a family,” she says.

“We were always filming together and traveling, doing all of our wildlife conservation work.

“I think the best way to describe the grief journey is that grief walks beside you.

“No matter how long it’s been or what’s happened in your life, it just always walks beside you. It’s a little bit like losing a piece of your heart.

“Eventually you have to accept the fact that piece will always be missing and you can find happiness again.”

Bindi, who is due to marry former professional wakeboarder Chandler Powell, 23, next year, continues: “As a family, we’ve always chosen to remember Dad’s life and legacy because if roles were reversed, and it was me who had gone, I’d want my family to be happy. I’d want my family to continue to find the joy in every day. And I really believe that’s what Dad would have wanted as well.

“I believe that Dad always kind of knew he had a short amount of time on this earth,” she continues.

“After every incredible experience that he had – whether it be with an animal or when we were born or whatever it was – he would say, ‘Well, I can die now. I am fulfilled, I’m so happy, I can die now’. 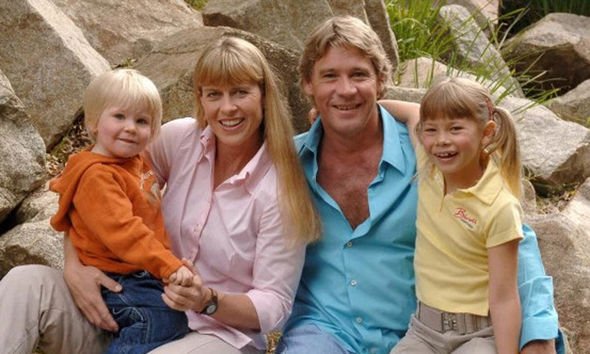 “That’s how he approached life. He would just say, ‘I’m so happy with this moment, I feel fulfilled’, and I think that’s a wonderful way to live. He was always on the go, it was fantastic. He was a living hurricane, truly, and it was amazing.

“He was amazing and maybe if he hadn’t had that attitude, he’d have had longer on the planet.”

Sadly, the fall-out from Steve’s death ­continues to cause repercussions within the wider Irwin family.

Steve’s sister Joy and their father Bob both recently went public with their grievances.

Joy told reporters that she hadn’t seen the rest of the family for years and that Bob didn’t expect to be invited to his granddaughter’s forthcoming wedding.

There have also been claims Terri has cashed in on Bindi’s fame and transformed Australia Zoo – Steve’s once educationally-based nature reserve in Queensland – into a tacky tourist trap.

With only a few months to go before Bindi walks down the aisle, she refuses to be drawn into the feud.

Bindi, who will be given away by her brother Robert, says: “I like to approach life with the philosophy that the meaning of life is unconditional love. So if I can find that love and light in my own heart, then everything else will be OK.

“I have love for everybody, so it doesn’t matter what happens.

“I have the most beautiful family, I have a whole lot of love in my heart and I’m excited for this wonderful day.”

And she adds: “Although my dad won’t be there physically, I know he’ll be there in spirit.”

While her first name was inspired by her dad’s favourite female crocodile, Bindi has no plans for the creatures to feature in her big day… but she hasn’t ruled out the possibility of some reptilian involvement.

Bindi – whose middle name, Sue, came from the family’s late dog, Sui – also jokes that there might be some fitting song choices in the wedding soundtrack.

“Maybe we could walk down the aisle to Crocodile Rock by Elton John,” she says. “That’d be a good one.” 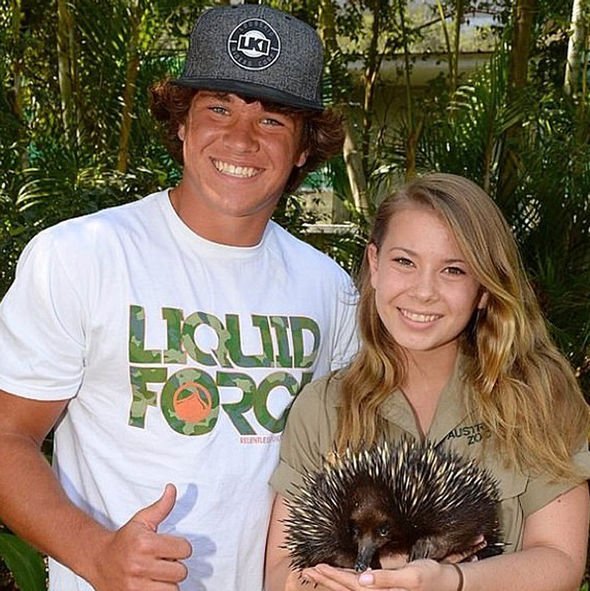 Whatever happens on the day itself, Bindi is adamant that, should the couple ever have children, she will pass on the conservational baton from her father.

“I plan to have a whole team of wildlife warriors,” she laughs.

“We’ll take over the world and make a difference together and keep sharing our conservation message.

“On a global scale, there is a lot to be done and I hope to see more people getting involved and speaking up about climate change and our ever-expanding human population.

“I hope people wake up and see that there is so much yet to be done but I have hope that we’ll continue to go from strength to strength.

“With people like [Swedish environmental campaigner] Greta Thunberg as such positive role models, I have a lot of hope for the future.

“She’s an extraordinary person for young people today – and perhaps my children in the future – to look up to.

“If only there were more people like her in the world. I just hope we can all continue to make my dad proud.”