American sitcom The Office originally aired from 2005 until 2013 on NBC. However, since it has been added to UK Netflix recently, the hilarious comedy has won a whole new array of fans. Many will therefore be surprised to know some of the show’s romances also continued off-screen, including for the series star Steve Carell.

Which The Office co-star is Steve Carell married to?

Carell is probably best-known to fans of The Office for his portrayal of Michael Scott.

As the boss of Dunder Mifflin in Scranton, Michael’s employees love to loathe his unconventional managing style.

However, across his seven seasons in the show, viewers came to know and love the character for all his misgivings.

Michael was also part of several romances over his time on the series. 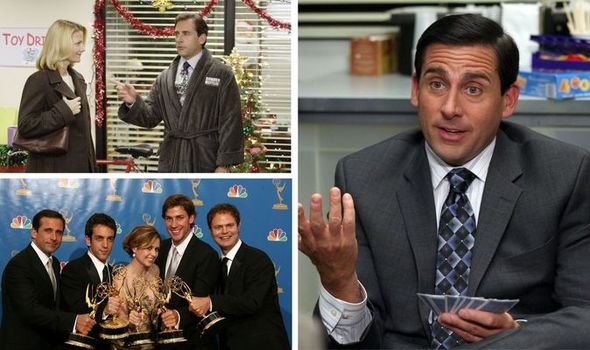 This included his ill-advised affair with Jan Levinson (Melora Hardin) as well as his romantic connection with Holly Flax (Amy Ryan).

In the first few seasons, he also had an on and off relationship with his realtor Carol Stills (Nancy Carell).

Their relationship started when he asked her to come to Casino Night at the end of season two.

They started dating after this in early season three before Michael came on slightly too strong. 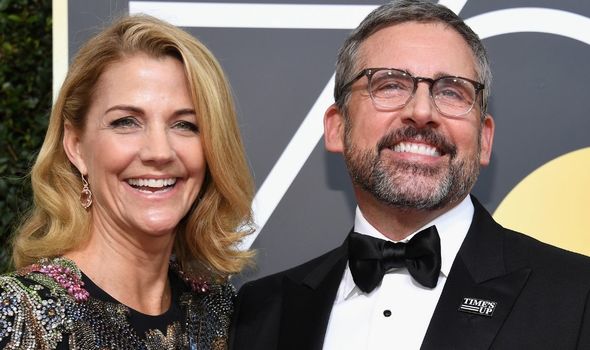 After proposing to her at a Diwali celebration, it was when he photoshopped himself into her family photo that it became too much for Carol.

They broke up and Michael instead went to Sandals Jamaica with Jan, leading to the start of their tempestuous romance.

However, fans might not realise Carol was actually played by Carell’s real-life wife, Nancy Carell.

Nancy is an American actress and comedian who started out in The Second City improvisational troupe.

The Office US Cast: Who is in the cast of the US Office? [PICTURES]
The Office: Why did Steve Carell leave The Office? [INSIGHT]
Space Force theories: Naird’s wife Maggie in prison for treason [THEORY] 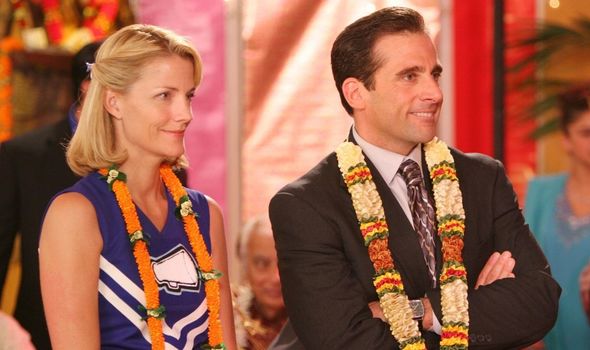 She then went on to join the cast of Saturday Night Live in the mid-1990s before becoming a correspondent on The Daily Show.

She has also had parts in projects like The Goode Family, Bridesmaids and Seeking a Friend for the End of the World.

More recently, she co-created the show Angie Tribeca with her husband, which aired on TBS.

This starred Rashida Jones in the police procedural parody and ran for four seasons on the network.

Nancy first met Carell when he was teaching an improvisation class at The Second City.

Outside of her comedy classes, she also worked at the bar across the street where Carell soon became a regular.

Speaking to the Guardian about when they first met, he said: “I was immediately attracted to my wife. 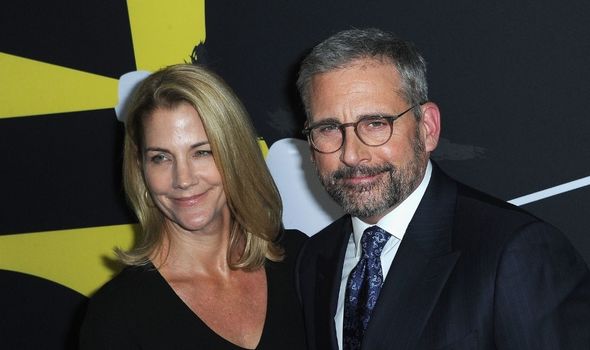 “She kind of checked all the boxes in my head, but I thought she hated me because she was very quiet around me.

“I thought she for sure knew that I was full of it, and I later found out that she was just as nervous as I was and trying to act cool.”

They got married in 1995 and have two children together – Elizabeth Anne Carell and John Carell.

The Office is available to stream on Netflix now.

Nick Jonas Opens Up About the Meaning Behind ‘This Is Heaven’