Shanna Moakler seemingly got shady about ex-husband Travis Barker and GF Kourtney Kardashian on IG AGAIN, telling a fan her relationship’s not ‘based on social media posting.’

After swearing that her past cryptic comments on Instagram weren’t about ex-husband Travis Barker and Kourtney Kardashian, Shanna Moakler posted… another shady comment seemingly directed at the couple. “Unlike some people my relationship status isn’t based on social media posting… I’m happy on life not on IG,” she wrote in the comments of a post showing boyfriend Matthew Rondeau kissing her hand. 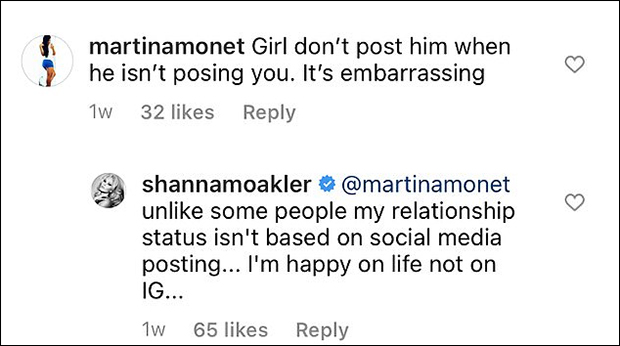 Shanna’s remark came in response to a fan calling her out for posting about her on-again, off-again beau when he never shares photos of her on his own profile. “It’s embarrassing,” the commenter wrote. Meanwhile, Travis, 45, and Kourtney, 42, who began dating at the top of 2021, have amped up their Instagram PDA game.

Their  somewhat NSFW posts include wild videos from Travis’ page showing him caressing the Keeping Up With The Kardashians star’s butt while professing his love for her. Kourtney, in turn, shared a photo from the same day of herself and Travis passionately making out while she wears just a thong bikini.

It’s not just physical, though. Though they’ve only dated a few short months, Kourtney and Travis are already getting serious. As a source told HollywoodLife EXCLUSIVELY, Travis would “love” to marry Kourtney one day. However, he’s not pressuring her to take the next step because of how complicated things are with the father of her three kids, Scott Disick. 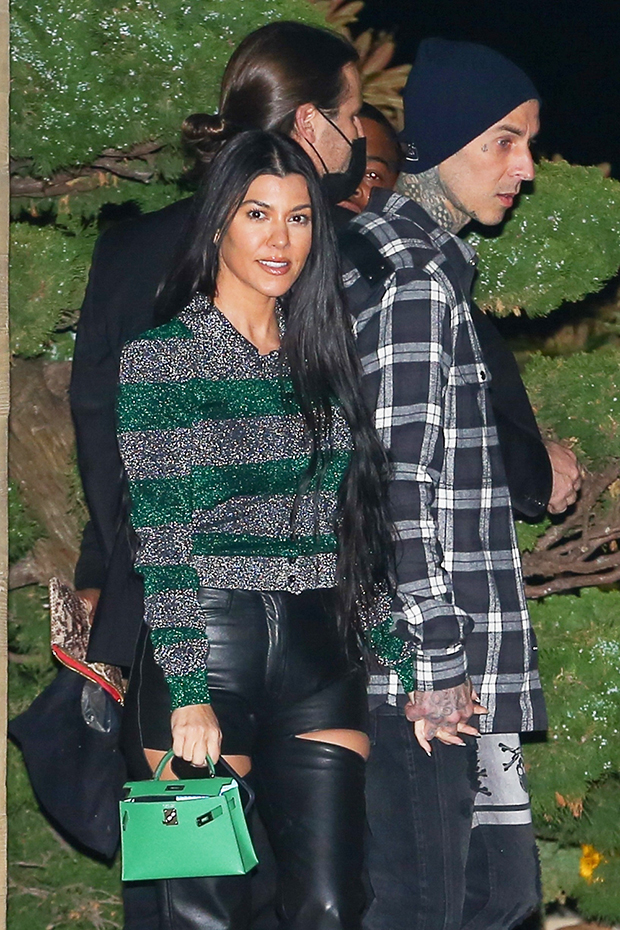 Shanna and Travis split in 2006, finalizing their divorce in 2008. The couple still lived together and co-parented their kids until 2014, despite not being involved romantically. The drama began when Shanna liked a shady comment on Instagram in February about Travis “downgrading” with Kourtney. Shanna swore that she liked it accidentally. But then, there was the cryptic quote about feeling sorry for the person “dating your ex”… and flat out saying that her mom doesn’t like the Kardashians…