Home » Celebrities » Sebastian Stan and Alejandra Onieva: The Age Difference Between the MCU Star and His Girlfriend

Actor Sebastian Stan doesn’t get an on-screen love interest in the Marvel Cinematic Universe. But that doesn’t mean he doesn’t have one in real life. In June 2021, the star shared his love for his girlfriend, Alejandra Onieva, on social media. So what is the age difference between them?

Stan began acting steadily in the ’00s. After graduating from college, where he studied theater, he appeared in films like The Covenant, Hot Tub Time Machine, and the Oscar-winning Black Swan. He also held recurring roles in popular TV series such as Gossip Girl and Once Upon a Time.

But far and away, Stan’s best-known gigs are within the MCU. He began portraying Bucky Barnes in 2011’s Captain America: The First Avenger, a role he’s reprised several times since. Stan also starred alongside Anthony Mackie in the Disney+ Marvel series The Falcon and the Winter Soldier.

He began dating Alejandra Onieva in 2020 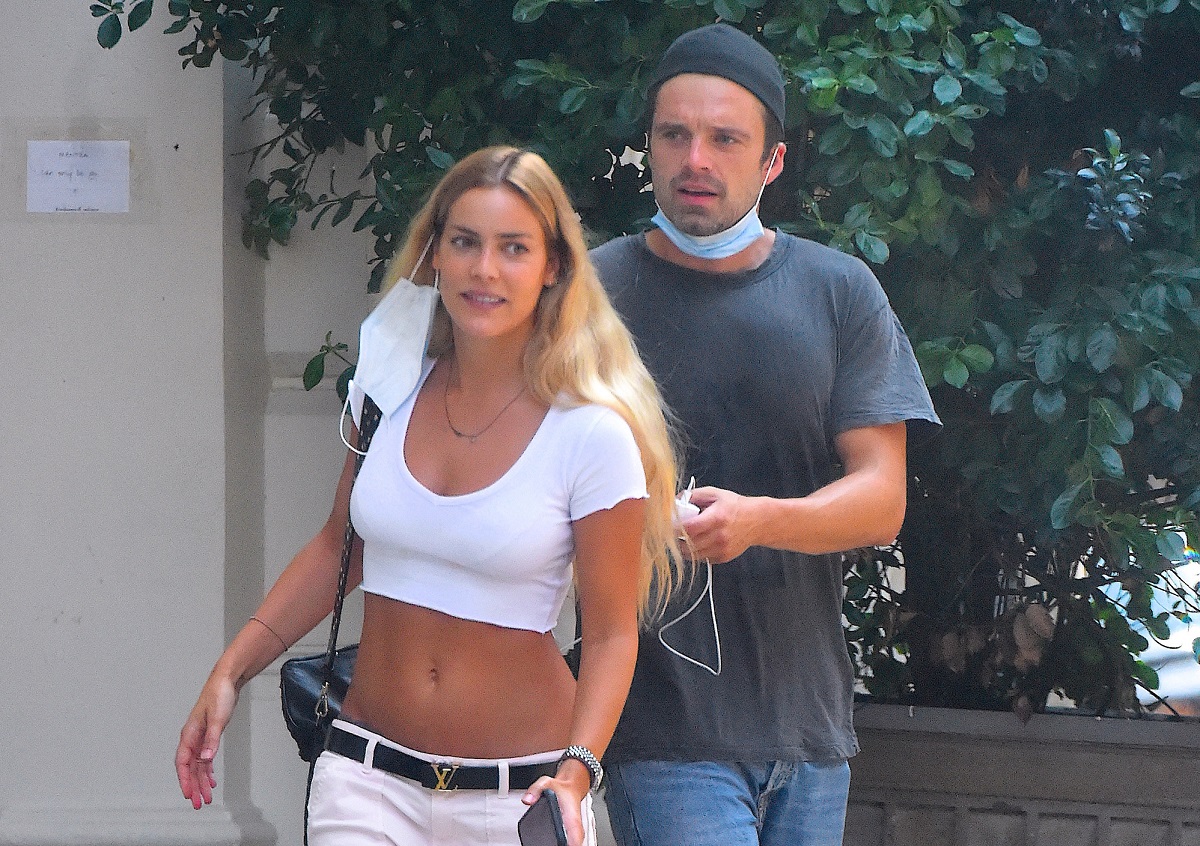 Like many celebrities of his stature, Stan’s brought in media attention surrounding his personal life. However, there isn’t too much to tell. Aside from reported short-lived romances with co-stars like Dianna Agron, Leighton Meester, and Jennifer Morrison, the 38-year-old’s love life has remained relatively private.

In 2020, most stars got away with keeping their romantic relationships under wraps due to the coronavirus (COVID-19) pandemic. So with minimal public appearances, no one knew who was dating whom. But when Stan stepped out with Onieva in mid-2020, it became clear this was serious.

Stan shared a special video for her birthday

As Stan spent the better part of the past year filming and doing press for The Falcon and the Winter Soldier, he’s been very busy. And though he’s spoken about his work in interviews, he’s kept his personal life private. That is, until June 1, 2021, when he shared a video for Onieva for her 29th birthday.

“Happy Birthday @ale_onieva,” Stan wrote on Instagram. “Over a year ago, out of a lot of darkness…you became the light,” he continued, adding, “I’m so grateful.” In the video, Stan spends a day with his phone, where an image of Onieva is displayed. Likely, the two had to spend much of the year apart, thus the joke.

What is Onieva famous for?

Despite their almost 10-year age difference (Stan turns 39 in August 2021), Onieva and Stan have things in common. Neither was born in the U.S. — Stan lived in Romania and Austria before moving to New York as a child, while Onieva was born and raised in Madrid, Spain.

Onieva is also an actor by trade. She first gained notoriety for the telenovela El secreto de Puente Viejo. She’s continued to act on TV in the years since. Onieva starred in the Netflix mystery drama Alta Mar (High Seas), which ended in 2020. In 2021, she began filming the movie Historias Para No Contap (Stories Not to Be Told).