Home » Celebrities » Sean Lowe: Arie Luyendyk Jr. 'Has Done a 180’ Since ‘The Bachelor’ 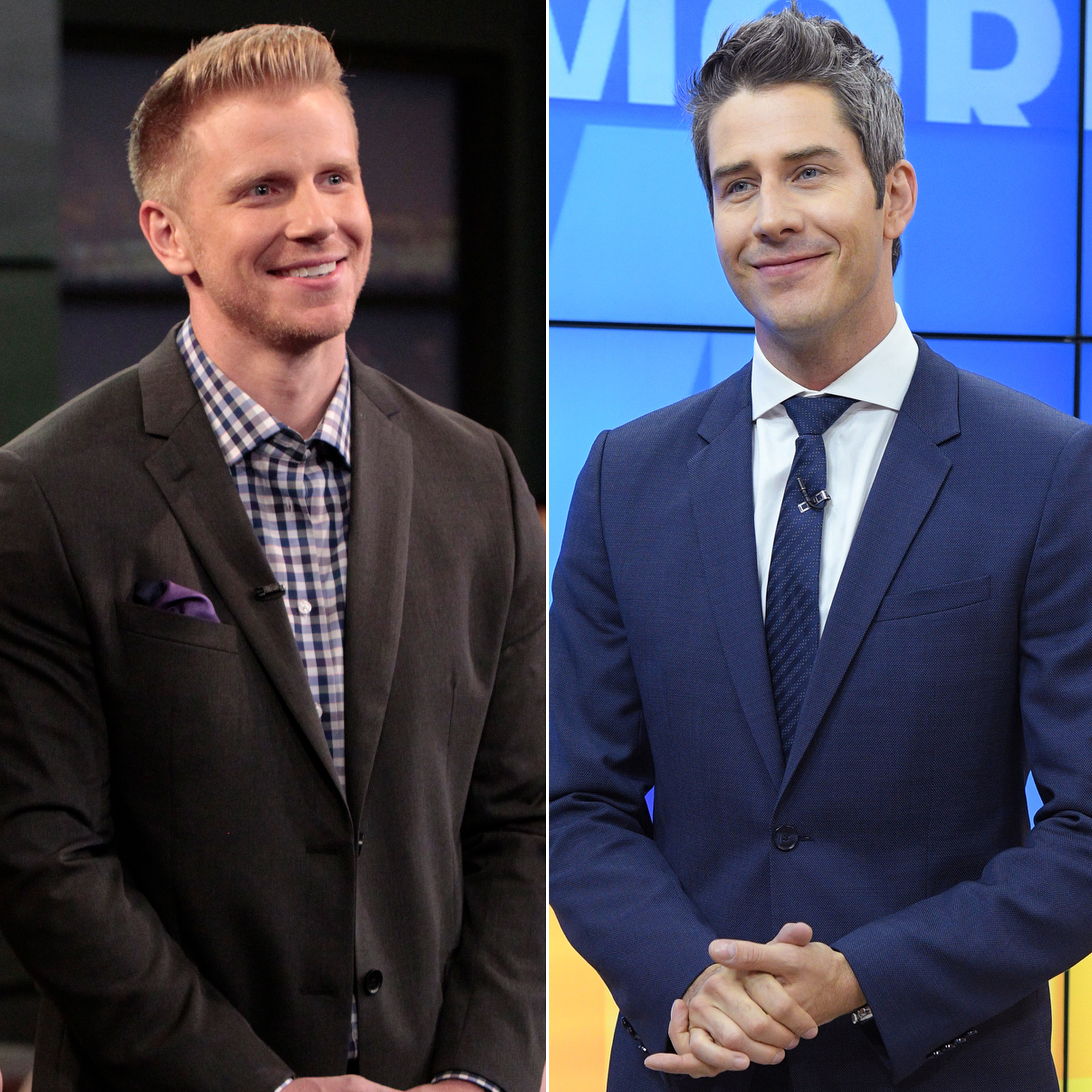 A whole new man! Sean Lowe revealed that his fellow Bachelor alum Arie Luyendyk Jr. has a new lease on life in the wake of his marriage to Lauren Burnham and the birth of their daughter, Alessi.

“Arie’s life has done a 180 since doing the show. … That’s really cool to see,” Lowe, 35, told Us Weekly while discussing Northwestern Mutual’s Ultimate Campout Fighting Childhood Cancer, which hosts kids living with the disease for a night under the stars at Lambeau Field in Green Bay, Wisconsin.

Lowe, who experienced his own health scare with son Isaiah, 13 months, after he came down with bronchiolitis in November, partnered with the brand to bring awareness to the issue. “I can’t imagine going through what they do, spending more time at the hospital than at home,” he said.

His outlook on Luyendyk Jr. is a far different take than the real estate investor had about the Bachelor Nation star in June 2018 after he broke up with fiancée Becca Kufrin on air during the show’s season 22 finale and admitted he was still in love with runner-up Burnham, 27.

Though Lowe said he considered the race car driver a “great friend” at the time, he wasn’t shy about sharing his opinion about how Luyendyk Jr. handled the situation. “I think he just made a bad decision in not choosing the right woman and he realized that and he knew he would receive a ton of backlash, and he still decided to call that relationship off, which, let me say this, he should not have done that on camera,” he explained on an episode of Us Weekly’s “In Case You Missed Us” podcast.

Kufrin went on to find love with fiancé Garrett Yrigoyen on season 14 of The Bachelorette, while Luyendyk Jr. and Burnham tied the knot in Hawaii this past January.

“Lauren was his air,” Lowe’s wife, Catherine Giudici, who attended the nuptials with her husband, told Us in February. “You had never seen a groom that in love with his bride. It was so sweet. … It was obvious how in love they were with each other and I’m all about love and romance when you’re at a wedding.”

The newlyweds welcomed Alessi on May 29.

“We have a healthy, BEAUTIFUL baby girl 6lbs, 13oz 20cm long,” Luyendyk. Jr. wrote via Instagram Stories. “Mommy and baby are doing great, we are so incredibly happy.” 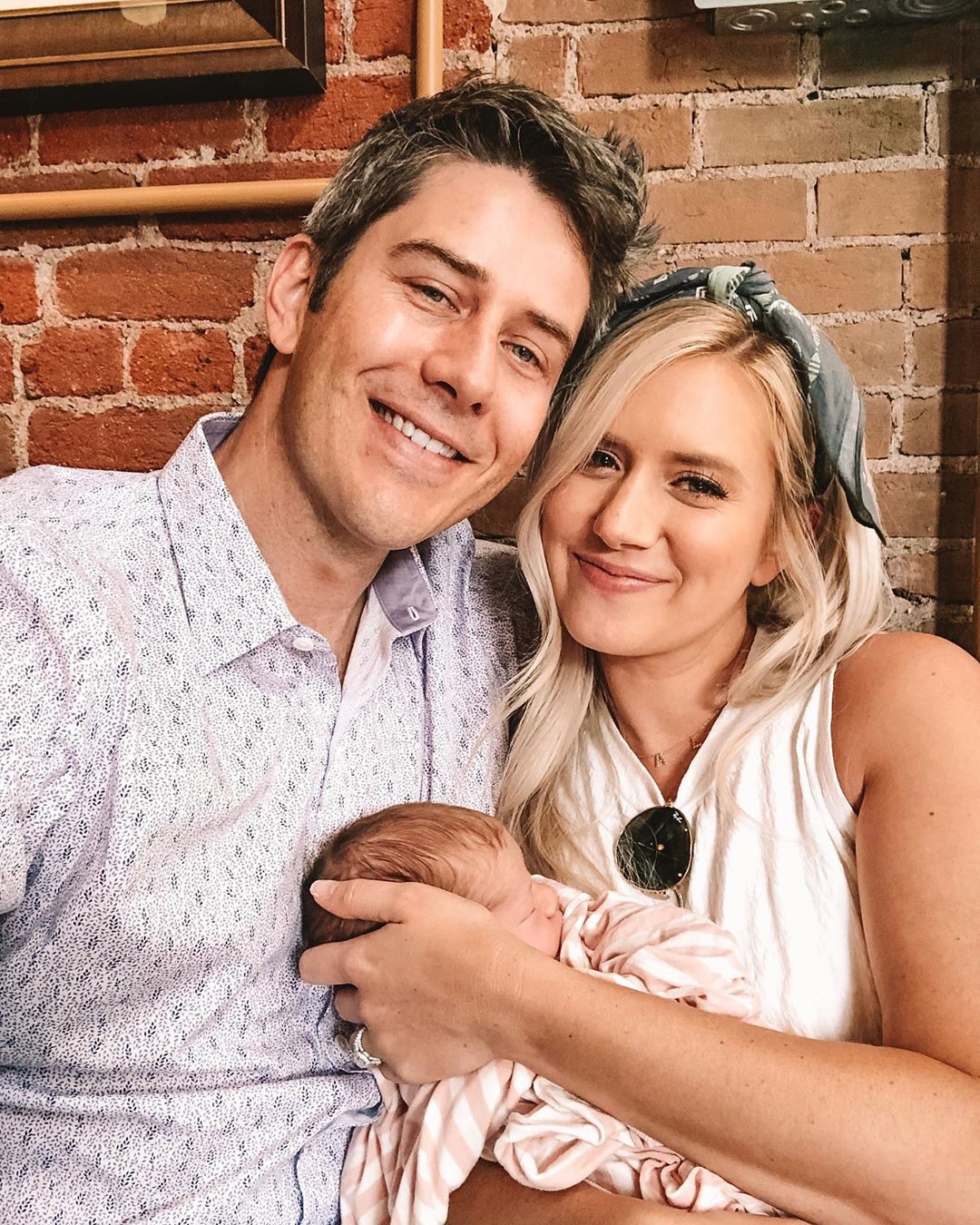 Lowe and Giudici, 33, will join them in welcoming their own bundle of joy soon: The graphic designer is pregnant with the couple’s third child. In addition to Isaac, the TV personalities also share son Samuel, 3.

“We were always planning on having three kids, this one came maybe a little sooner than we had planned,” Lowe told Us while laughing. “We are excited.”

Still, the reality star said he and his spouse have their work cut out for them: “The idea of raising three kids under 3-and-a-half years old, that’s a little daunting. If I’m being honest!”

With reporting by Ingrid Meilan