The ‘Black Widow’ actress looked gorgeous, as she walked the red carpet for the yearly celebration of artistic excellency.

Scarlett Johansson sparkled on red carpet for the annual Kennedy Center Honors on Sunday December 5. The 37-year-old actress dazzled in a gold dress, covered in sequins, as she attended the event. The Lost In Translation actress complimented her plunging dress with a pair of high heels and accessorized with some subtle jewelry. 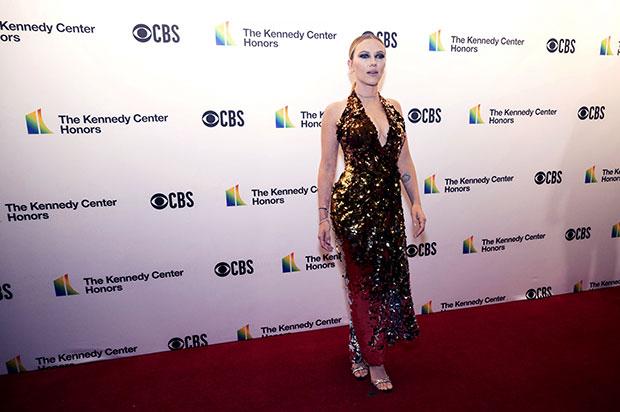 Scarlett was attending the show with her husband Colin Jost, 39. In one photo, the pair were lovingly gazing into each other’s eyes, and they looked completely in awe of each other. While Scarlett was sparkling in the golden gown, Colin went for a classic look, wearing a black tuxedo. The pair were attending the ceremony, which in part was honoring Saturday Night Live producer Lorne Michaels.

Lorne was one of five honorees, which also included Hocus Pocus actress Bette Midler, folk singer Joni Mitchell, Motown founder Berry Gordy and opera singer Justino Díaz. Colin’s fellow SNL head writer and Weekend Update co-anchor Michael Che spoke in part to honor their producer, but the comedian couldn’t help but get a few quips in about being in Washington D.C. Michael made light of the January 6 insurrection at the Capitol, when he spoke during his set, honoring Lorne. “It’s so nerve-racking, I’ve not been here in DC since January 6,” he joked, per The Guardian. “It’s not what you think: I needed a new laptop.” 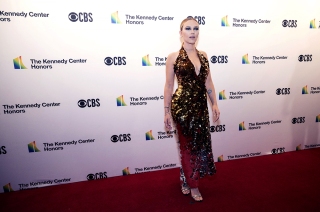 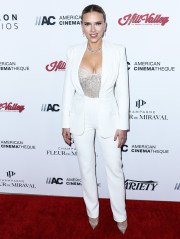 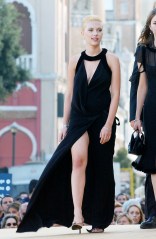 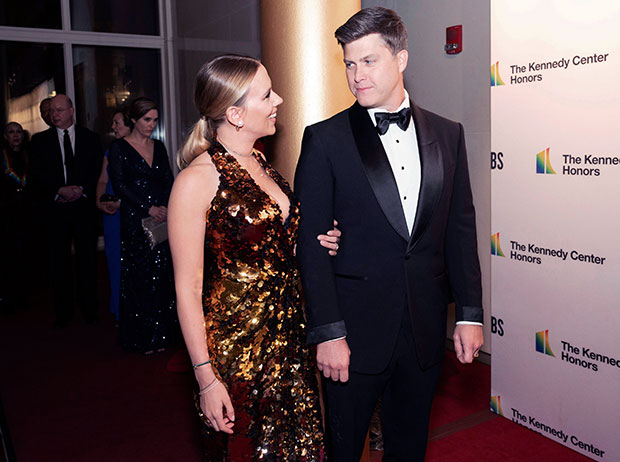 Scarlett and Colin have definitely been busy the past few months. The actress gave birth to a baby boy, named Cosmo in August 2021. The SNL star had spilled the beans about her pregnancy, while performing a standup comedy set shortly before the baby was born. Scarlett made her first public appearance after Cosmo’s birth on November 19 at the Cinematheque Awards, which she attended alongside Colin. She looked absolutely beautiful in a white suit, with a sparkling, sequined silver top underneath her jacket for the event.