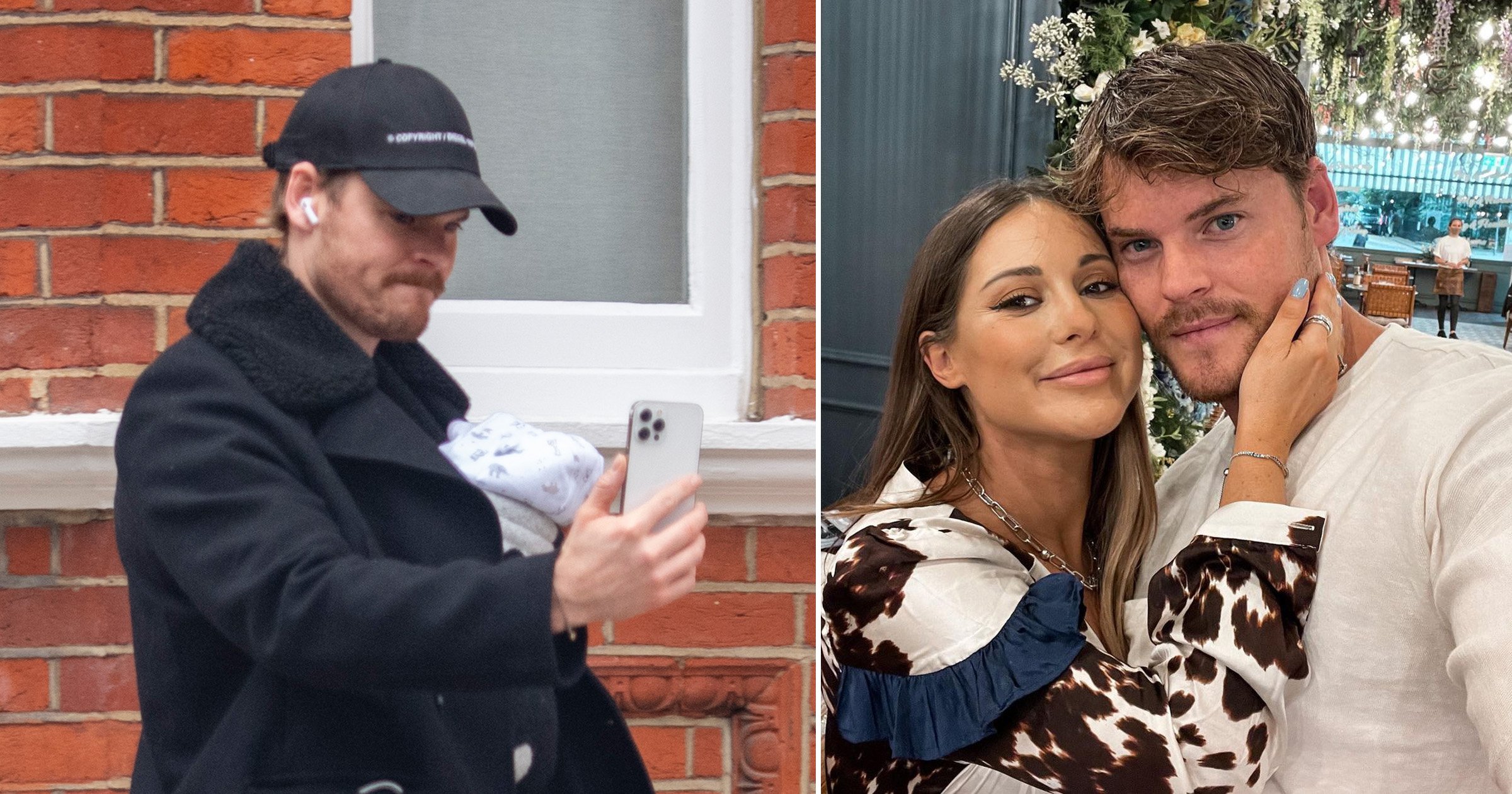 Made In Chelsea star Ryan Libbey has been spotted out and about, cradling his baby son Leo after Louise Thompson revealed she ‘nearly died’ giving birth.

The couple recently welcomed their first child together, with Louise now recovering after spending five weeks in intensive care.

Doting dad Ryan multitasked, holding Leo in one arm and his phone in another.

He wrapped up for the cold English weather as Christmas approaches, in a black coat and jeans, keeping a low profile with a baseball cap.

Louise announced son Leo’s arrival on Thursday with an Instagram photo of the newborn while sharing the details of her devastating ordeal.

‘This post isn’t an easy one for me to write. I have so many things that I want to say but at the same time I’m struggling to find the words to explain what has happened to me and my family so for now I will keep it quite simple,’ she wrote.

‘[Five] weeks ago I gave birth to my beautiful baby boy Leo-Hunter Libbey weighing in at 7lbs. Unfortunately it wasn’t the easiest start for either of us. One ended up in NICU and the other ended up in ICU.

‘Whilst Leo made a fairly quick recovery ❤️‍🩹🙏🏼 I have been recovering in hospital for a month with various serious complications.’

Louise went on to explain how ‘dancing with death twice’ has given her a new outlook on the world, as well as ‘a stark reminder of how short and sacred life really is’, while encouraging her followers to live life to the full.

She added that she’s been discharged from hospital and has been given the green light to recover at home with Ryan and Leo.

Louise and Ryan announced they were expecting their first child in May and were ‘counting [their] blessings’ after a previous miscarriage.

The same year she announced she and Ryan had called off their wedding after becoming ‘really stressed’ about the big day.