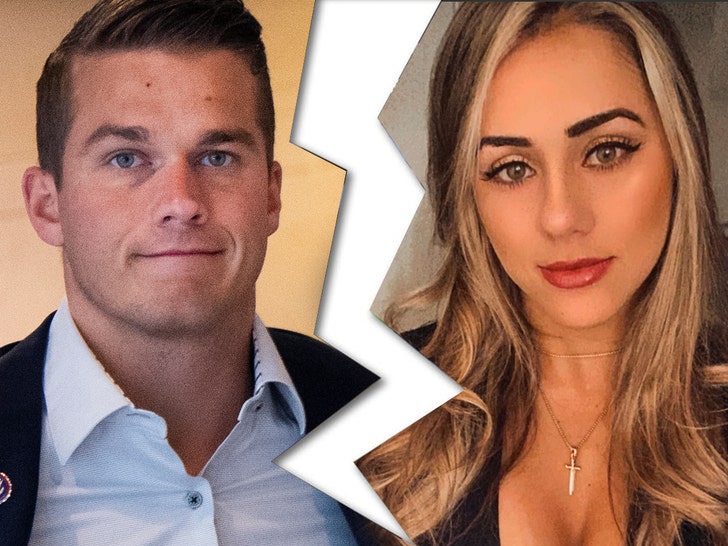 Super conservative Congressman Madison Cawthorn is consciously uncoupling after only 8 months of marriage, and the divorce has political overtones.

Cawthorn and Cristina Bayardelle Cawthorn said in a joint statement, they made the “enormously difficult decision” … citing the boilerplate irreconcilable differences.

Cawthorn wrote, “When Cristina and I were engaged, I was not a member of Congress. I felt called to serve and we both agreed that I should run. Our victory was unprecedented, but overnight our lives changed.”

He went on … “That change has been both hectic and difficult, it’s neither the pace nor the lifestyle we had planned for.”

The marriage had a quick beginning as well as ending … he said he knew he wanted to marry her just months after they started dating.

It sounds like there was trouble almost from the get-go… saying, “From the outset, we committed to make things work, to fight for our marriage, and seek counsel for balancing the enormity of such a transition in life.” The word “fight” seems relevant here.

During their engagement, Cawthorn was accused of sexually harassing a number of women during his college years — he has denied the allegations.

Cawthorn, the youngest member of Congress at 26, and Bayardelle, a 27-year-old anesthesiologist assistant and CrossFit enthusiast, announced their engagement during the pandemic — October, 2020 to be specific.