Scott Disick’s youngest son will definitely have his tooth under his pillow, after the baby tooth fell out during a Hanukkah celebration.

Mazel Tov! Reign Disick is getting a visit from the tooth fairy! His dad Scott Disick shared a photo of his 6-year-old son giving a toothless smile, after the family celebrated Hanukkah on Wednesday December 1. Reign adorably showed off his smile, fresh with his front tooth missing, and he looked really excited to see what’ll come under his pillow later.

A post shared by Kardashian and Jenner Kids Br (@kardashjenkidsbr_)

Other than the sweet photo of his son, Scott, 38, shared plenty of other photos of him and his kids celebrating Hanukkah. He showed himself lighting a Menorah, as Reign and his older kids Penelope, 9, and Mason, 11, watched. Scott was wearing a red flannel shirt as he held up the candle to light. Reign sat on the family’s island, wearing a gray camo t-shirt. Penelope sported a white t-shirt, and Mason wore a black shirt. Scott seemed excited to spend the holiday with his kids and wrote, “Family First” in the photo.

Other than the visit from the tooth fairy, Reign already seemed like he was having a wonderful Hanukkah with great presents. Scott shared another photo of him giving his son a present for the holiday, and he wrote that Reign was a “Happy little fella.” Now that he’s also getting something from the tooth fairy, he must be extra happy! 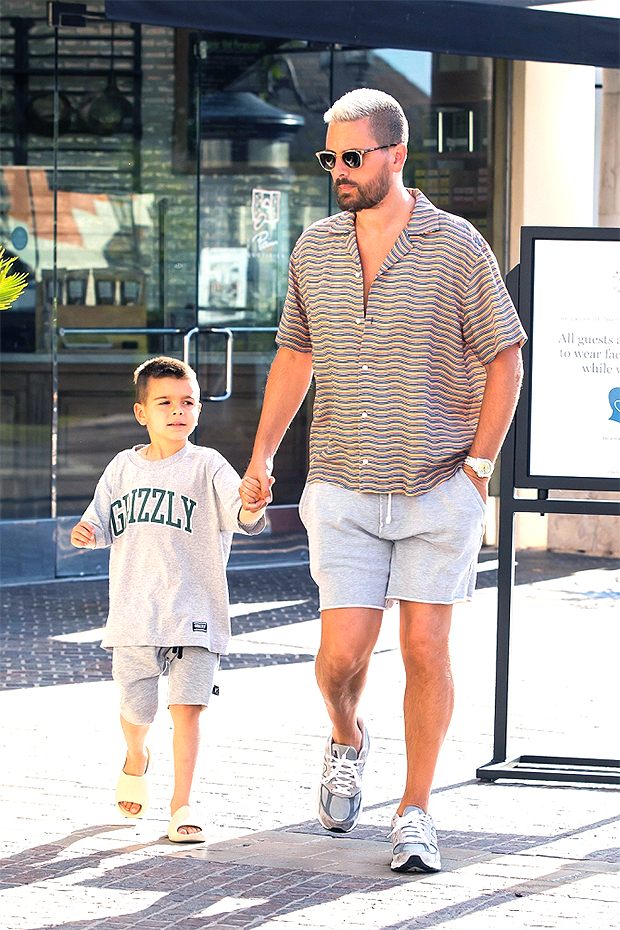 Other than the Hanukkah celebrations and the visit from the tooth fairy, Reign and his dad have had plenty of bonding experiences. During the summer, Scott shared that he had plenty of bonding time with the little one, like when they went for morning swims or rides on private jets in July 2021. Back in October, Reign’s mom Kourtney Kardashian shared a photo of her son’s Halloween costume and showed that he made for a very scary Pennywise from the movie It.

Rob shares Reign and his other two kids all with his ex Kourtney, who’s currently engaged to blink-182 drummer Travis Barker. The future Mr. and Mrs. Barker have spent plenty of time bonding with each other’s little ones, and a source close to the couple revealed to HollywoodLife  that they want to get their kids involved in their nuptials. “All of Kourtney’s children and both of Travis’s are going to be included in their wedding party,” the source said.