Home » Celebrities » Prince William was wary about Prince Harry slamming the press about Meghan Markle for this reason: book

The claim was made by bestselling author Christopher Andersen in his new book titled “Brothers and Wives: Inside the Private Lives of William, Kate, Harry, and Meghan.”

In it, Andersen described how William, who is second in line to the throne, was hesitant about his younger brother telling the press to back off in 2016 when his relationship with the American actress became public. In it, the 37-year-old said he was worried about the star’s safety since she has been subjected to a “wave of abuse and harassment.”

“It’s interesting to see the differences between the way William and Harry handle the press,” Andersen told Fox News. “Harry was the one who went to William during his six-week breakup with Kate Middleton [before they married] and said, ‘What are you doing? Are you crazy? Go back.’ And he did. It took 10 years, but Kate landed her prince and they are a great match.” 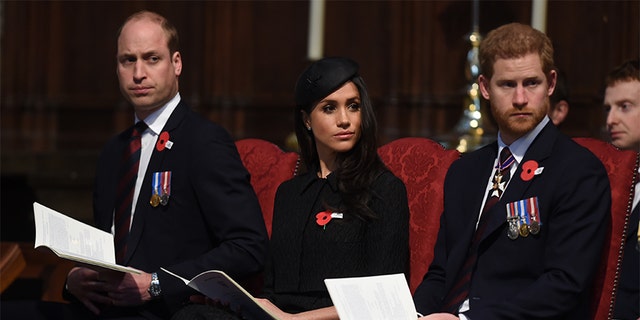 “But Harry’s relationship with Meghan was a whirlwind romance,” he shared. “William, who has always been cautious, was the one who said, ‘Wait a minute, take it easy. Don’t rush things.’ There’s a scene in the book where Harry says, ‘Who the hell do you think you are?’ He was furious.”

Andersen alleged that while William supported Harry in issuing the statement, he did so “reluctantly.” He explained that “there has long been resistance” within the palace to take a public stand in such matters. However, William understood that Harry simply wanted to protect his new love from the ruthless paparazzi.

Andersen claimed that Harry had hoped that his sister-in-law would embrace his new bride with open arms. But like her husband, Middleton was also cautious about the newest member of the British royal family. 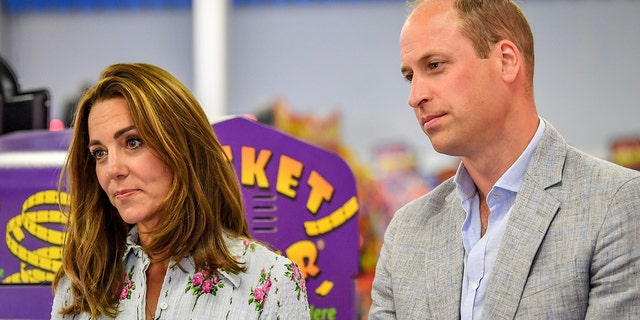 Prince William, who is second in line to the throne, is married to Kate Middleton.
(Ben Birchall – WPA Pool/Getty Images)

“She hesitated,” he claimed. “She has a very tight circle of friends. She doesn’t let a lot of people in. By all accounts, she’s charming and very intelligent. But she’s also suspicious of outsiders. She delayed even meeting Meghan. And I think that confused Meghan in the beginning. Frankly, it must have insulted her. But they did get along. In the beginning, they were all known as ‘The Fab Four.’ But things aren’t so fab anymore.”

In early 2020, the Duke and Duchess of Sussex announced they were stepping back as senior members of the royal family. They cited the British media’s intrusions and racist attitudes towards the former “Suits” star.

Andersen claimed that Harry’s father, Prince Charles, was “furious” over “Megxit.” In a televised interview with Oprah Winfrey in March of that year, Harry admitted that his relationship with Charles, 73, had ruptured.

“Charles plans to streamline the monarchy when he becomes king,” Andersen explained. “He’s going to be kicking some minor royals off the payroll. It’s my understanding that Harry and Meghan were supposed to be part of this core group that would carry the monarchy forward into the 21st century. But Prince Harry decided he really isn’t interested in that.” 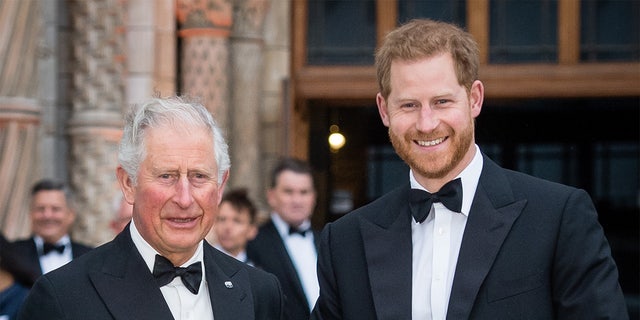 Prince Harry admitted to Oprah Winfrey that his relationship with Prince Charles has ruptured.
(Photo by Samir Hussein/Samir Hussein/WireImage)

“Charles will probably not give royal titles to [his grandchildren] Archie and Lili,” he continued. “That’s unfortunate because I think this is one of the things that really wounded Meghan Markle – to see that their cousins [Prince George, Princess Charlotte and Prince Louis] are all princes and princesses, but not her children. I think that confused her. I don’t think they’re going to get any titles at all, which will be even more hurtful as we go down the road.”

Andersen is sticking by the claims he made in his book.

“I have sources that I’ve been tending to for 50 years,” said Andersen, who has previously written several books on the royal family.

Andersen previously alleged that Harry was enraged by William questioning how quickly he was moving with Markle before the couple announced their engagement. He told Page Six that William feared that the former actress was “an opportunist.”

Andersen also revealed that both William and his wife were “alarmed” by the numerous tell-alls that Markle’s estranged father, half-sister and half-brother gave to the tabloids.

A horrified William allegedly told a confidant, “I don’t know what to believe.” He even told his father that Harry’s relationship with Markle was “like something I’d never seen” and “it feels like I have lost my best friend.”

After announcing they were stepping back as senior royals in early 2020, the Duke and Duchess of Sussex moved to the coastal city Montecito, California with their firstborn. On June 4, the couple welcomed their second child, a daughter named Lilibet “Lili” Diana Mountbatten-Windsor. The name pays tribute to both the queen, whose family nickname is Lilibet and Harry’s late mother.