Things are getting quite toasty for Prince Charles. The spotlight is now firmly on the British heir to the throne and his charity. Not only has a former British government minister filed a complaint against Charles for the contravention of the Honors (Prevention of Abuses) Act 1925, via The Daily Beast, but the Prince’s Foundation faces more controversy now that more allegations of misconduct are being investigated.

In early September, the charity’s head honcho temporarily resigned after being accused of using his position to help secure a golden visa improperly, per the New York Post. Michael Fawcett allegedly used his position of trust to help secure Saudi billionaire Mahfouz Marei Mubarak bin Mahfouz the title of Commander of the Most Excellent Order of the British Empire (CBE). Apparently, Mahfouz paid £1.5 million ($2 million USD) and donated the money toward Charles’ charity. Reportedly, the billionaire was hoping to make it easier for himself to score U.K. citizenship and residency.

Clarence House issued a statement to People that read, “The Prince of Wales has no knowledge of the alleged offer of honours or British citizenship on the basis of donation to his charities and fully supports the investigation now underway by The Prince’s Foundation.” Likewise, the Prince’s Foundation stated that they take “very seriously the allegations that have recently been brought to its attention…” And just when it seemed as if the Fawcett situation could be swept under the rug, a new accusation has come to light.

Why Prince Charles' charity is under fire yet again 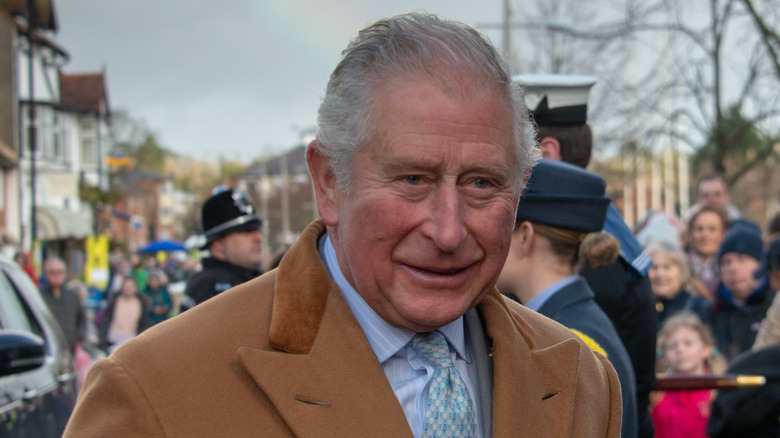 Prince Charles and his charity face more scandal now that new information has come to light. The Times reported that the Prince’s Foundation was offered a substantial sum of money from a Russian benefactor seeking British citizenship. Prince Charles then penned a note thanking Dmitry Leus for the $700,000 he was donating toward his charity. He wrote, “I very much look forward to seeing you.” People reported that the foundation’s ethics committee only accepted $100,000 of the donation and rejected the balance that was returned to Leus.

As a result, the chairman of the Prince’s Foundation, Douglas Connell, has stepped down. Speaking to Sky News, he said, “I and the other members of the board of trustees had no knowledge of any such activity, and we have launched a rigorous and independent investigation.” Connell continued, “My view is that the person chairing any organisation should take responsibility if it appears that serious misconduct may have taken place within it.” He  added that he was following his conscience and stated, “I believe that the correct course of action is for the chair to accept that responsibility and to stand down from the role. That is why I am today resigning as chair of the Prince’s Foundation.”

The charity responded (via People), “The Prince’s Foundation understands and respects Mr. Connell’s decision to step down.” They thanked Connell and wished him well. The foundation’s vice chairman, Dame Sue Bruce, is now the acting chairman of the charity.