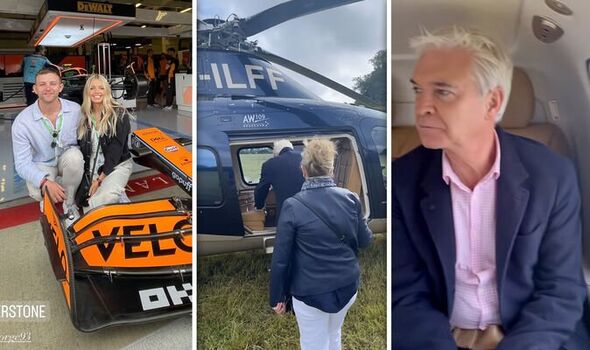 This Morning presenter Phillip Schofield and his family visited Silverstone race track yesterday. The ITV host was accompanied by his wife Steph, his daughter Ruby and her boyfriend Will Proctor as they took to the skies in a helicopter.

Phillip, 60, who is best known for presenting This Morning alongside Holly Willoughby, looked calm as he gazed out at the ground below from the helicopter window.

His estranged wife Steph, 58, accompanied him on the helicopter on their way up to the iconic motor racing circuit.

His daughter Ruby, 26, appeared to be having an incredible time as she documented their day at Silverstone on Instagram.

She could be seen beaming away as she stood next to her boyfriend Will, and was later starstruck as racing legend Lewis Hamilton came into view. 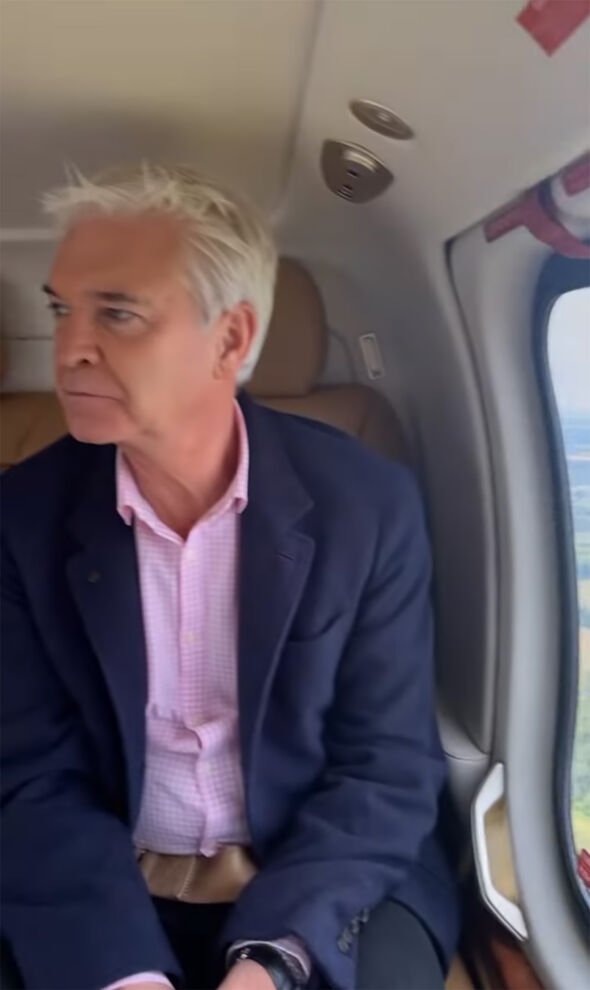 Phillip, 60, took to the skies

Phillip could be seen climbing aboard the helicopter before later taking in the view of the ground from up above. 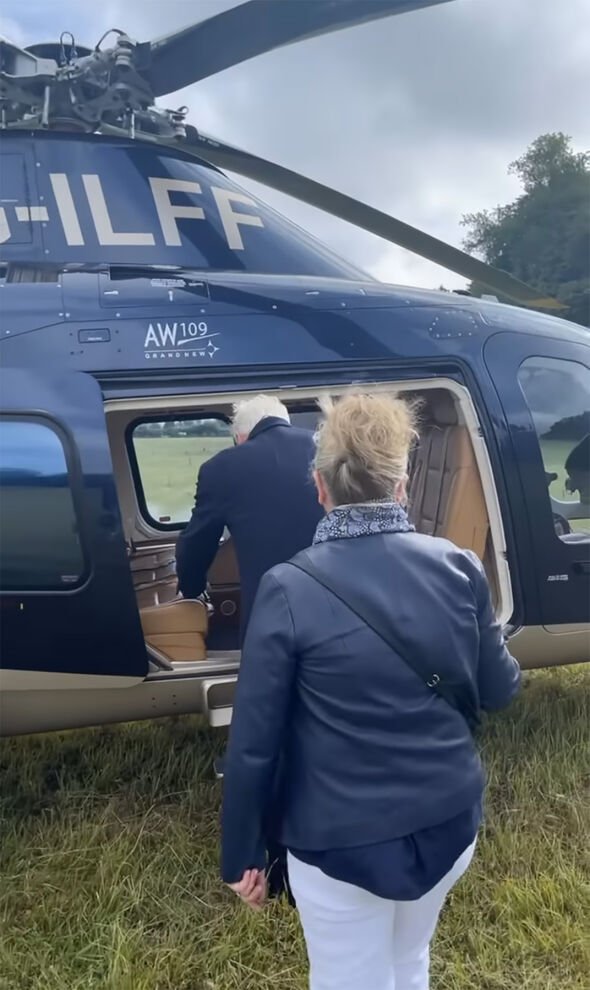 Phillip had family in tow

Phillip was joined by his wife Steph, his daughter Ruby and her boyfriend Will. 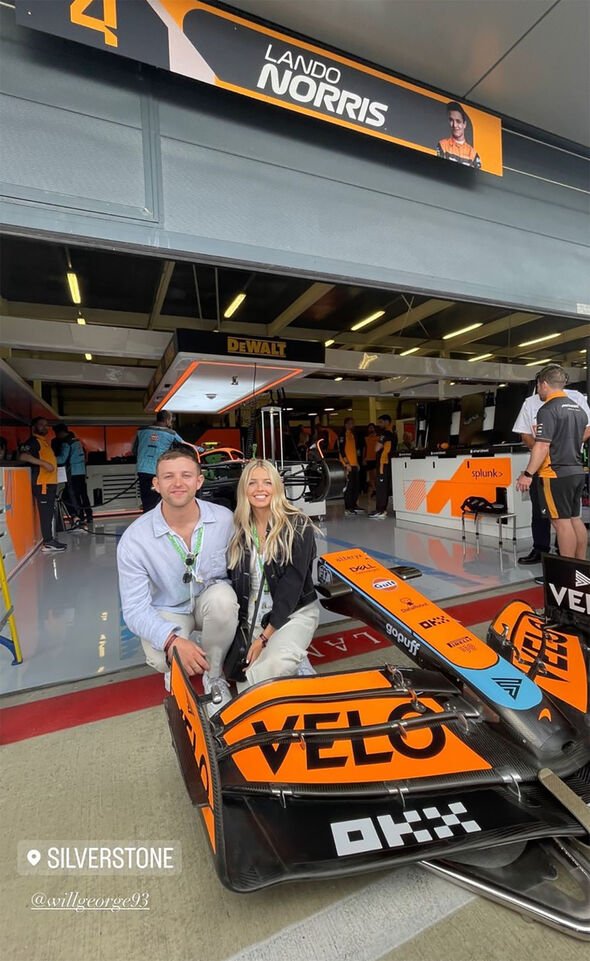 Ruby documented their exciting time at Silverstone on her Instagram story. 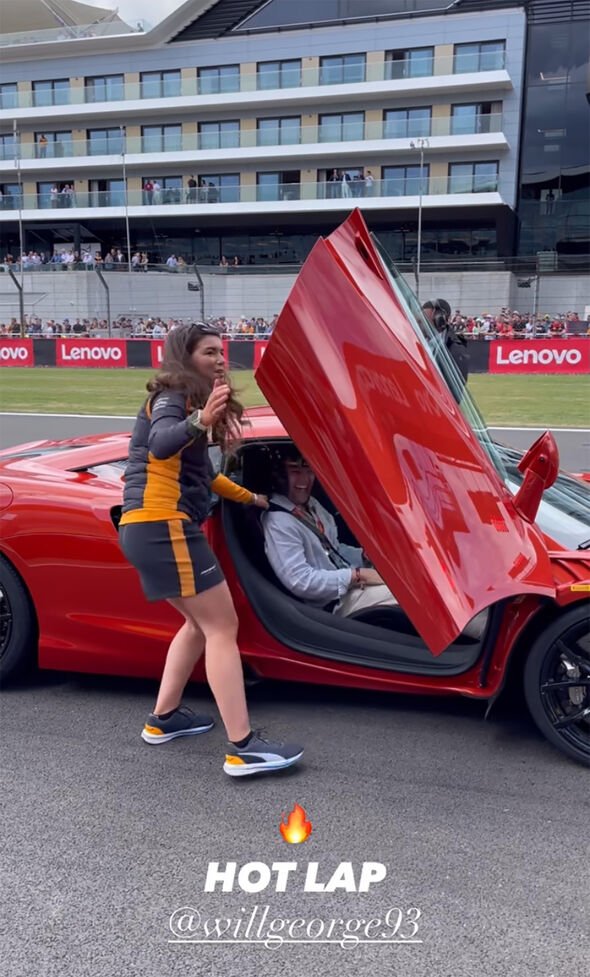 Will went for a lap

Will could be seen getting into a bright red racing car before driving off round the track. 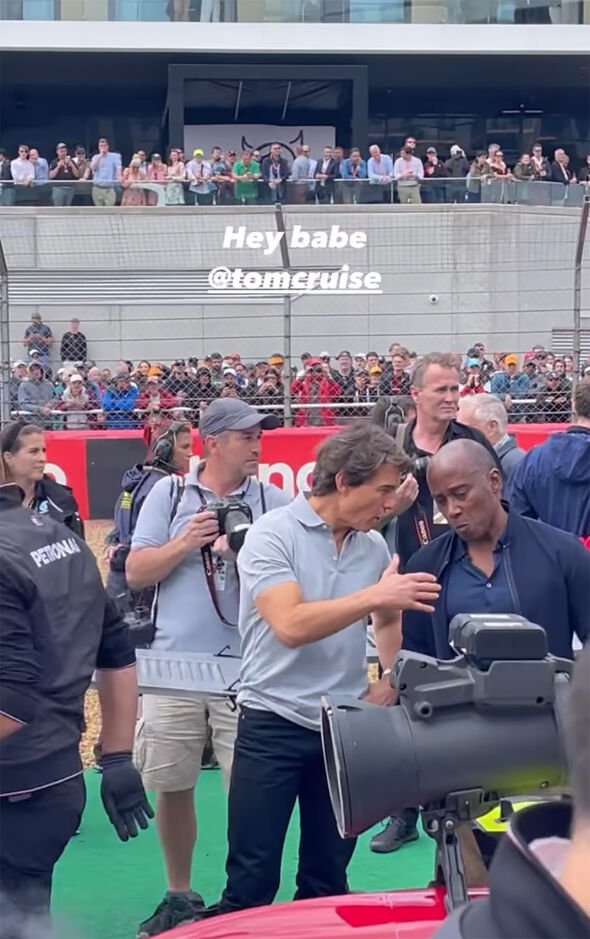 Tom Cruise made an appearance

Ruby zoomed in close up on the Top Gun actor on the track. 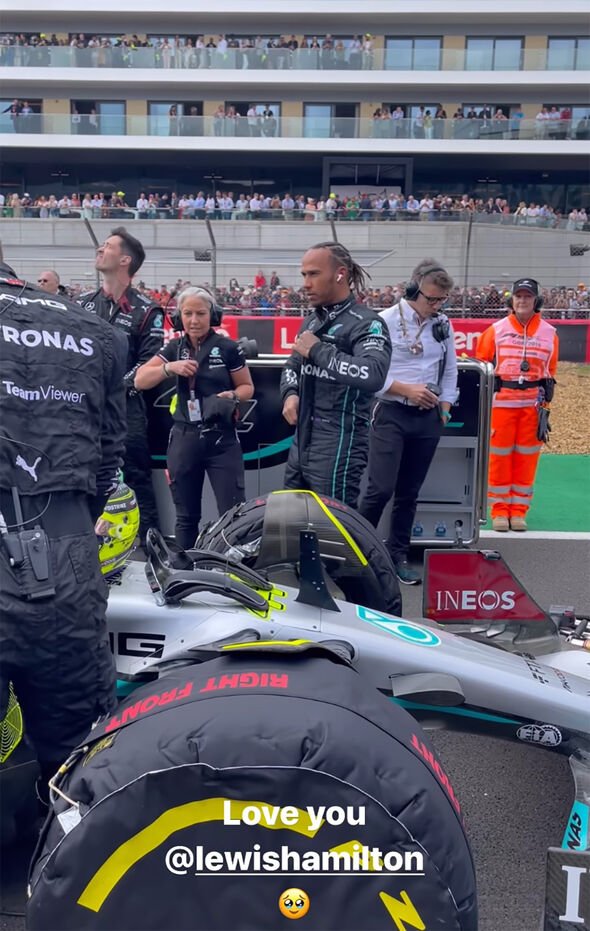 Ruby was amazed as Lewis Hamilton emerged in his racing gear.