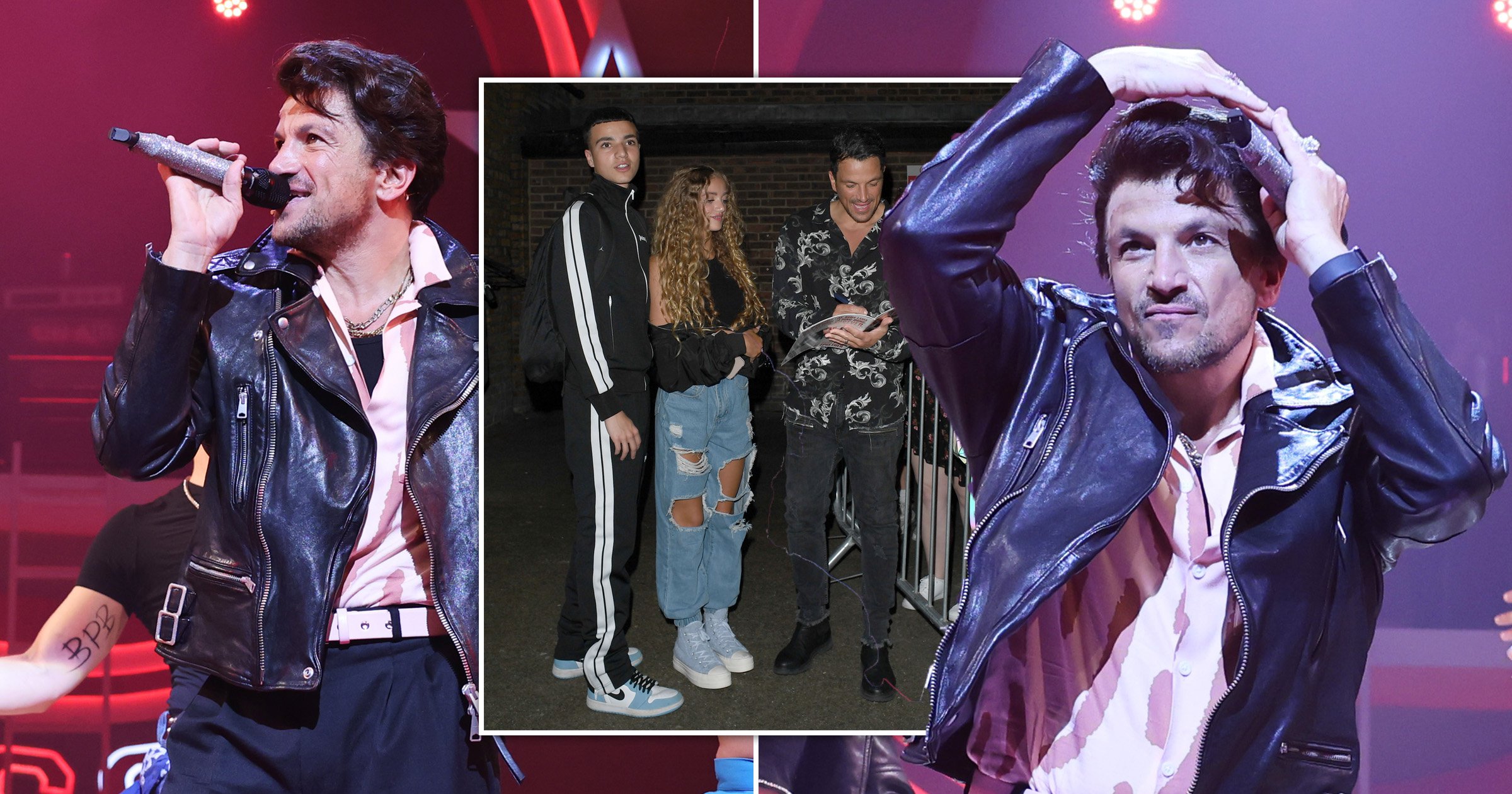 Peter Andre had special company at the press night for Grease, with his children Junior and Princess attending for support.

The Mysterious Girl singer is currently starring as DJ Vince Fontaine in the West End revival of the classic 1971 musical, which debuted earlier this month.

Tuesday’s performance was a press night so Pete, 49, no doubt made sure his hip-swivelling moves were perfected for the big show, but reviews later panned the stage production.

Still, it seems Pete had a blast regardless as he was seen leaving the Dominion Theatre with a huge smile on his face. The pop star, who looked just as suave as his character in a snazzy patterned shirt, black jeans and chelsea boots, lapped up the attention from his adoring fans who lined up outside keen to get autographs.

As he kindly obliged their requests, Pete was joined by his eldest children Junior, 16, and Princess, 13, – from his former marriage to Katie Price – who stood close-by and watched their famous dad at work.

The performance was probably a little too late for Pete’s youngest children, Amelia, eight, and Theo, five, who were no doubt at home tucked up in bed with his wife and their mother Emily.

It comes after reports that Junior and Princess grilled Pete on the bombshell revelations to emerge from the Wagatha Christie trial between Coleen Rooney and Rebekah Vardy.

During her testimony, Rebekah was asked about a previous newspaper interview she gave about her alleged ‘sexual encounter’ with Pete, and her comments about his ‘miniature chipolata’.

A source told OK! magazine: ‘Pete is livid. This whole thing has been really hard on him and the family, but it’s made him think about the wider story and that is that other people shouldn’t be allowed to talk about others in this way.

‘It’s so discriminating to say this about a man, this would not be said about a woman. His children have been asking what the story is about, which is really difficult.

‘He has no recollection of meeting this person, never mind anything else.’

They added: ‘He’s got children that go to school and can hear all of this. It shouldn’t be allowed for someone to do this to another person. Thank God she’s admitted it’s a made up story.’