Paul Chuckle, 71, took to Twitter to reassure his 152,000 followers he was “alive and kicking” after some got confused following the news Chuckle Brothers star Jimmy Patton had died. Paul older brother died at the age of 87, a statement on the official Chuckle Brothers Facebook page confirmed. The news came almost one year after their other brother, Barry Chuckle, died aged 73. However, it appeared some fans thought it was Paul who had passed away after today’s heartbreaking announcement.

“RIP Paul Chuckle, an absolute hero. Goodnight sweet prince,” one person tweeted, with Paul retweeting the post and clarifying: “Not me, my older brother.”

“The world is falling apart,” another said. “Paul Chuckle has now died a year after his brother.”

Appearing to take a lighthearted approach, Paul commented: “Nobody told me.”

“Bro how was I planning to see Paul Chuckle in Sheff next month n he’s just DIED,”(sic) a third said, to which Paul replied: “No I’m alive and kicking. My brother Jimmy died.”

Jimmy regularly appeared on ChuckleVision alongside his brothers and was known for playing No Slacking. 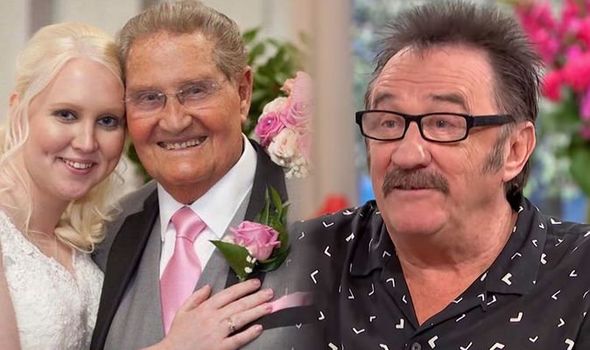 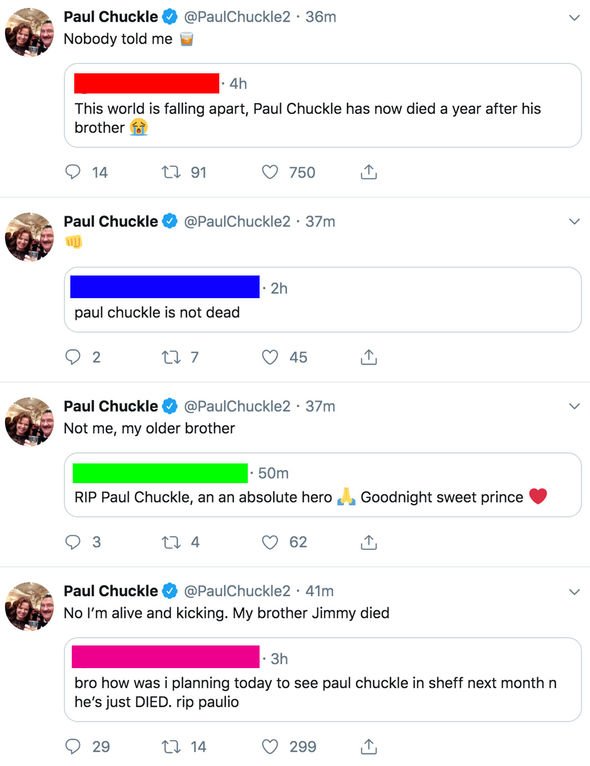 “Jimmy was a big part of ChuckleVision and the stage shows where he played the character No Slacking.

“RIP Jim Lad. And No Slacking.”

The cause of death has not yet been reported.

In a statement to Express.co.uk, Paul said he was “devastated” by Jimmy’s death.

“So few words for the loss of another delay loved brother,” he said.

“RIP Jimmy and you know that we love you.” 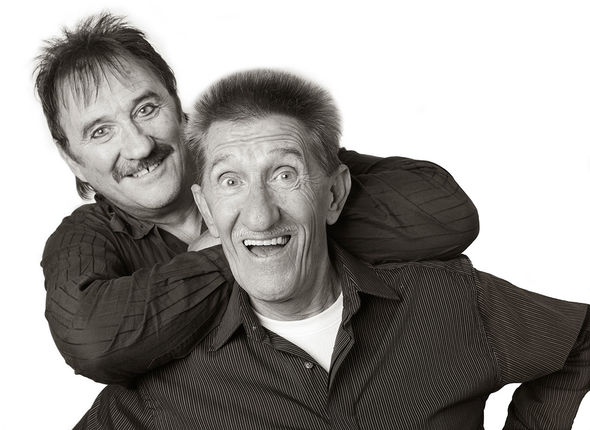 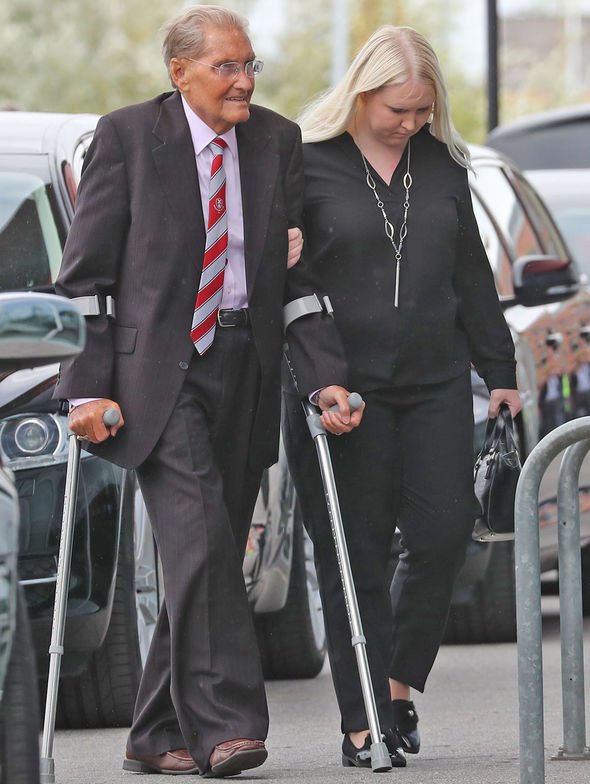 As a young man, Jimmy became known for his work as one half of comedy duo the Patton Brothers, alongside his, Paul and Barry’s brother Brian Patton.

At the time, Jimmy told The Sun: “We are all devastated.

“All the family are really hurting right now,” he told the publication.