“There was a huge sense of wanting to do this real person justice and tell their story honestly, and with great empathy and protecting them,” Pam & Tommy’s Lily James said about playing Pamela Anderson in Hulu’s multi-Emmy-nominated miniseries.

“This felt so personal and became really universal beyond this story that just happened to Pamela, and became about really looking at how we treat women,” she added of the professional and private blows the Baywatch star suffered from a stolen sex tape that lit up the internet in its near infancy.

Certainly, in the last decade of the 20th century, few besides Bill Clinton loomed larger, or with greater infamy, than Anderson and then-husband Tommy Lee. In many ways, the near-boundless fame of the Canadian-born actress and the Mötley Crüe drummer, and the merciless fallout from their most intimate acts strewn across the digital landscape inadvertently set the stage for the era of today’s explicit social media landscape.

Deadline's Contenders Television: The Nominees Is Under Way – Watch The Livestream

“It’s almost impossible to remember sometimes what it was like to exist without the internet,” Pam & Tommy co-showrunner D.V. DeVincentis said of the vast gap between the not-so-distant past depicted in the eight-episode series and 2022. “The ’90s looks like now, but culturally it is so distinct, so different.” 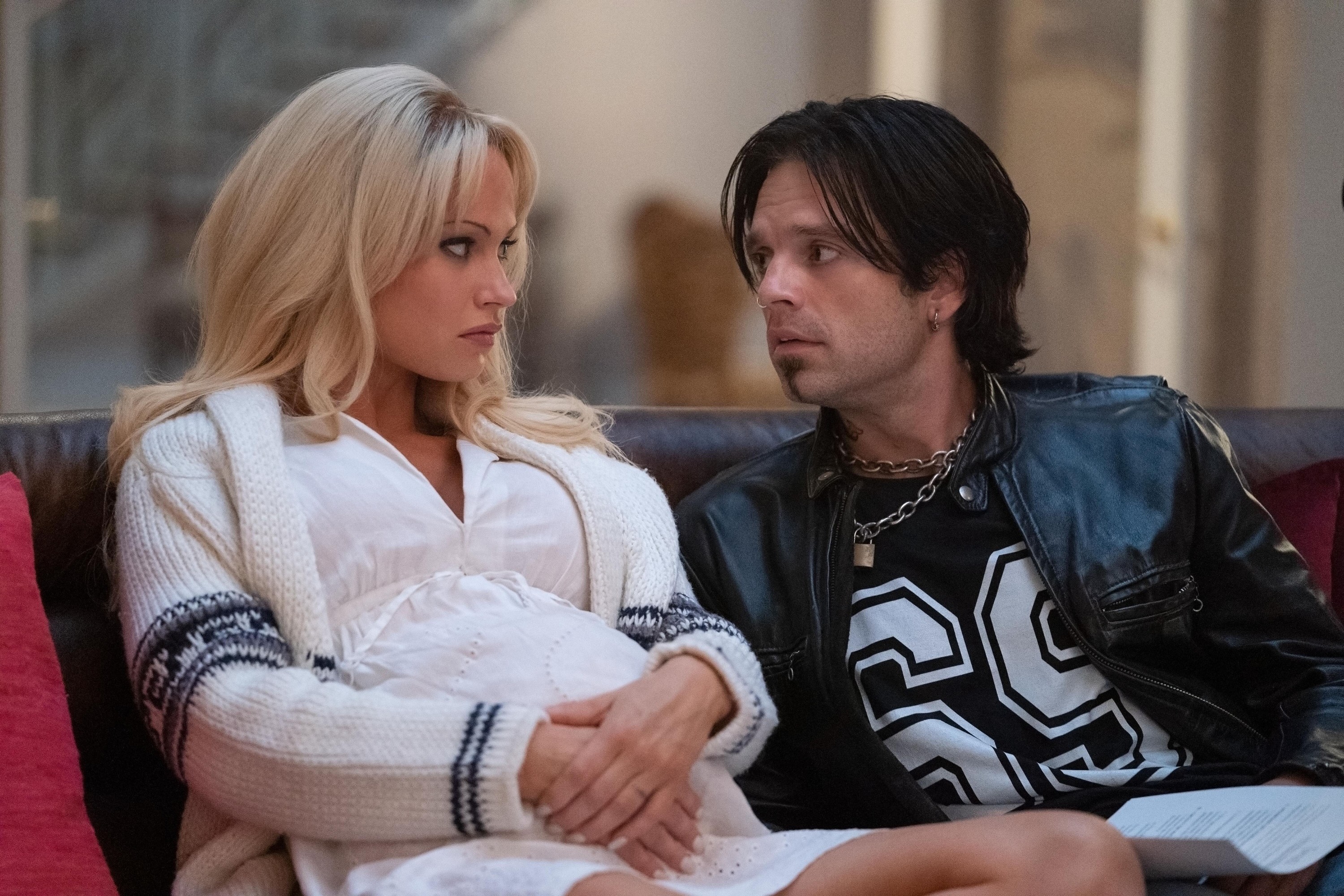 Peeling back the layers on the sordid saga of Anderson, Lee and the loss of privacy and reputation in modern America, James and DeVincentis were speaking at Deadline’s Contenders Television: The Nominees event. With Pam & Tommy nominated for 10 Emmys, including Outstanding Limited or Anthology Series and top actress and actors noms for James and co-star Sebastian Stan. The duo were joined on the panel by Stan and co-showrunner Robert Siegel.

“It was full-on up until the last second, every day,” revealed Stan of the actors’ transformation into the now-divorced real-life couple.

However, for all the glamour, grit and gall of Pam & Tommy, as well as the dizzying heights and harsh descent it profiles, this was always a story about fragility, The Wrestler scribe Siegel said. “We always very firmly felt that we were on their side, you know, particularly Pam,” he said. “In the end, she’s ultimately the person with whom our sympathies lie.”

Check back Monday for the panel video.