Home » Celebrities » Olivia Wilde mortified with being served on stage, it was beyond inappropriate 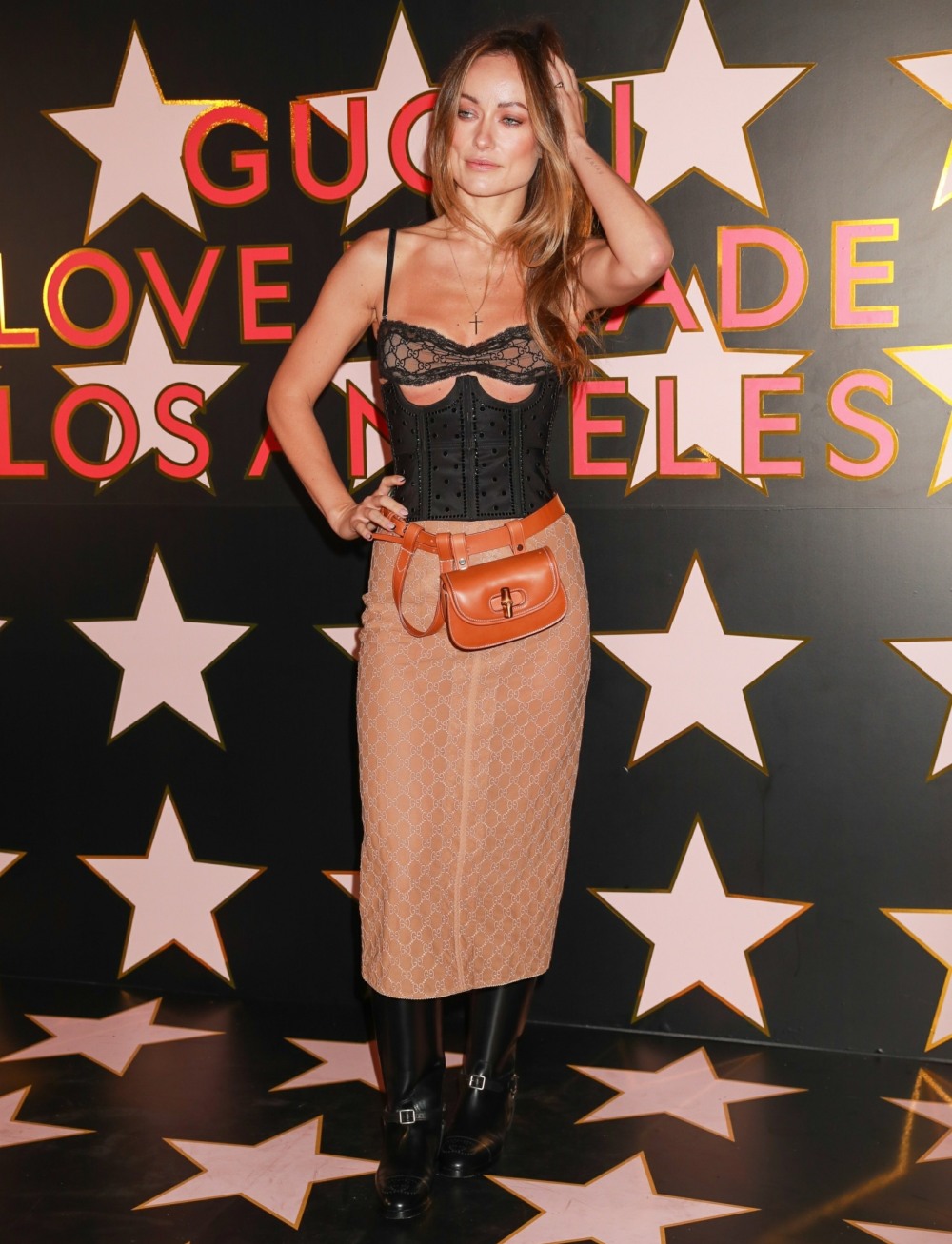 Last week, during CinemaCon in Las Vegas, Olivia Wilde was served with legal documents while she was on stage. The documents were hand-delivered from a process server sitting in the audience, front row. As Olivia was doing a presentation for her film Don’t Worry Darling, the process server approached the stage with the manila envelope (marked “personal & confidential”) and Olivia accepted it. No one has ever said if the server yelled out “You’ve been served!” but I doubt it. Olivia didn’t seem to understand what was happening, then she opened the envelope on stage, glanced at it briefly and managed to go back to her presentation. The documents were related to Olivia and Jason Sudeikis’s ongoing custody issues over their two kids – meaning, the docs were from Jason’s lawyer. Everyone has been obsessed with this story about who knew what and whether Jason arranged for it (which he denies). Now Olivia’s side is talking a little:

Olivia Wilde is reeling after being served with legal papers from ex Jason Sudeikis during her CinemaCon presentation, a source tells Page Six exclusively.

“Olivia was confused when she was handed the envelope, and she was even more confused when she opened it,” the source shares. “It seemed unthinkable to her, and it took a moment to set in, but as mortifying as it was, she did not want to give a reaction.”

In fact, the “Booksmart” director, 38, was “determined to power through” with unveiling the trailer for her upcoming movie “Don’t Worry Darling,” according to the source.

“She was there to introduce a project that is near and dear to her heart, and for someone to try to take that moment from her — whether it be Jason, a process server or anyone else — was beyond inappropriate,” the source tells us.

Wilde was in the middle of her speech to approximately 4,000 people at Caesars Palace in Las Vegas on Tuesday night when a woman walked on stage and gave her a manila envelope labeled “Personal and Confidential.” “This is for me?” the actress, visibly confused, asked before taking a peek at the documents, which pertained to the exes’ children, and continuing on with her remarks.

A source close to Sudeikis insisted to Page Six exclusively on Wednesday that the “Ted Lasso” star, 46, “had no prior knowledge of the time or place that the envelope would have been delivered … and he would never condone [Wilde] being served in such an inappropriate manner.” (Sudeikis was filming Season 3 of his Apple TV+ show in London at the time.)

“Olivia and Jason have had their ups and downs, but this was really, really low,” the first source tells us of the headline-making CinemaCon incident.

What’s been interesting to watch is the reaction from women, many of whom blame Jason entirely. I’m a big fan of Ted Lasso and I want to believe Jason is that nice in real life, although I’ve heard rumors in the past that he’s kind of a douche, especially with women. Not, like, an aggressive douchebag, but just garden variety “he’s cheated on partners before” and “he plays the victim when he’s not.” That being said, I’ve heard sh-t about Olivia too. Now, I still think it completely sucks that Olivia was served on stage. I just doubt Jason would have arranged for that to happen. 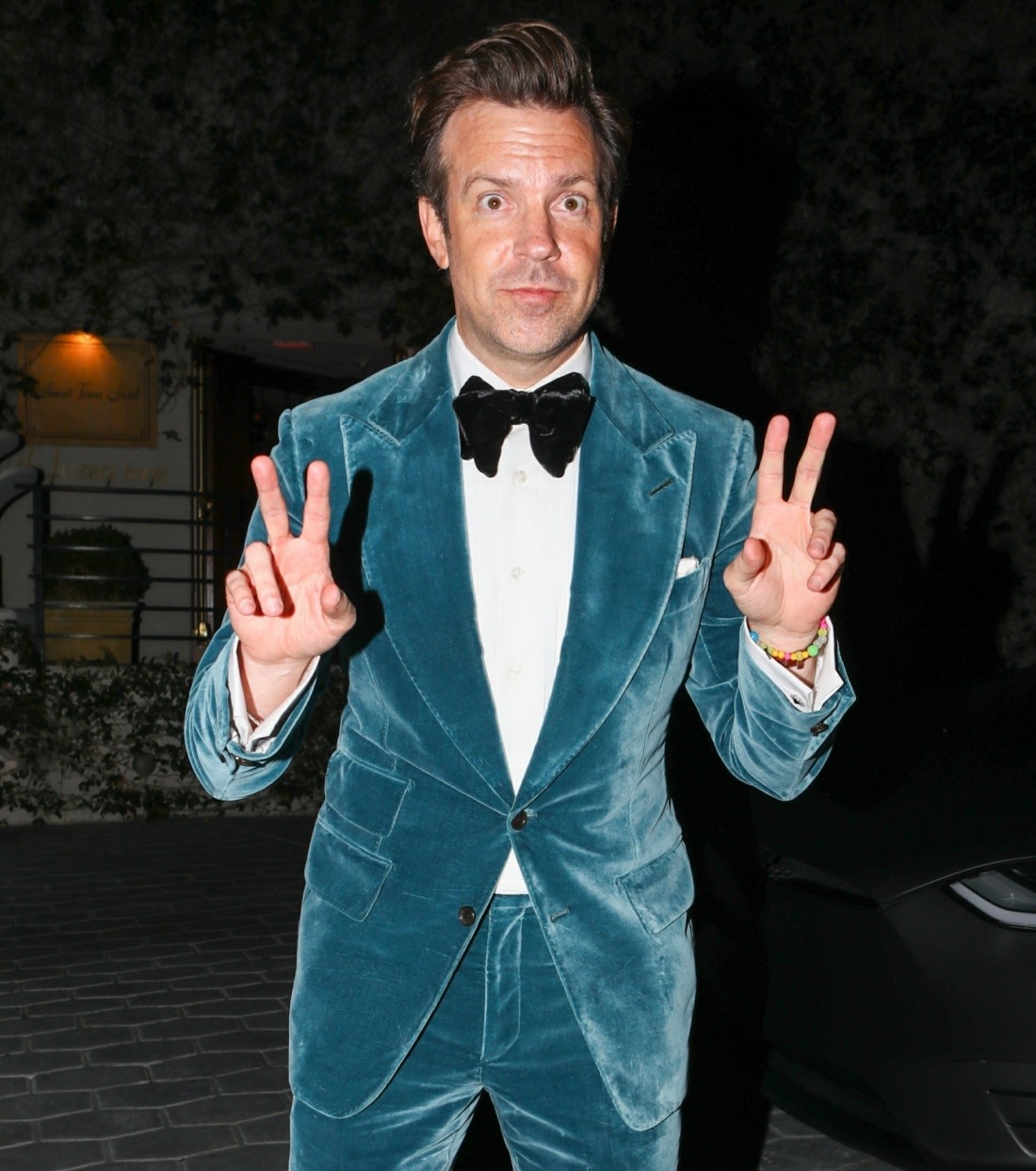