Purely professional. Olivia Wilde has no doubts about her relationship with Harry Styles — even as he makes headlines for his PDA-heavy scenes with My Policeman costar Emma Corrin.

Harry Styles, Olivia Wilde’s Romance: How, When It Began

“[Olivia’s] not bothered by Harry’s on-camera romance with Emma. This isn’t the first time she’s been in a relationship and had to deal with her partner kissing other actresses,” a source exclusively tells Us Weekly. “If anything, she’s excited about his role in the film and thinks he’s doing an amazing job. Plus, she’s confident in their relationship as they’re going very strong!”

Wilde, 37, has been in England with Styles, 27, while he shoots the upcoming film and has visited the set. “Olivia is still in London, supporting Harry behind the scenes,” the insider reveals. “She gets a chance to bond with the cast when they’re not filming but is more so excited to spend alone time with Harry when he’s off set.” 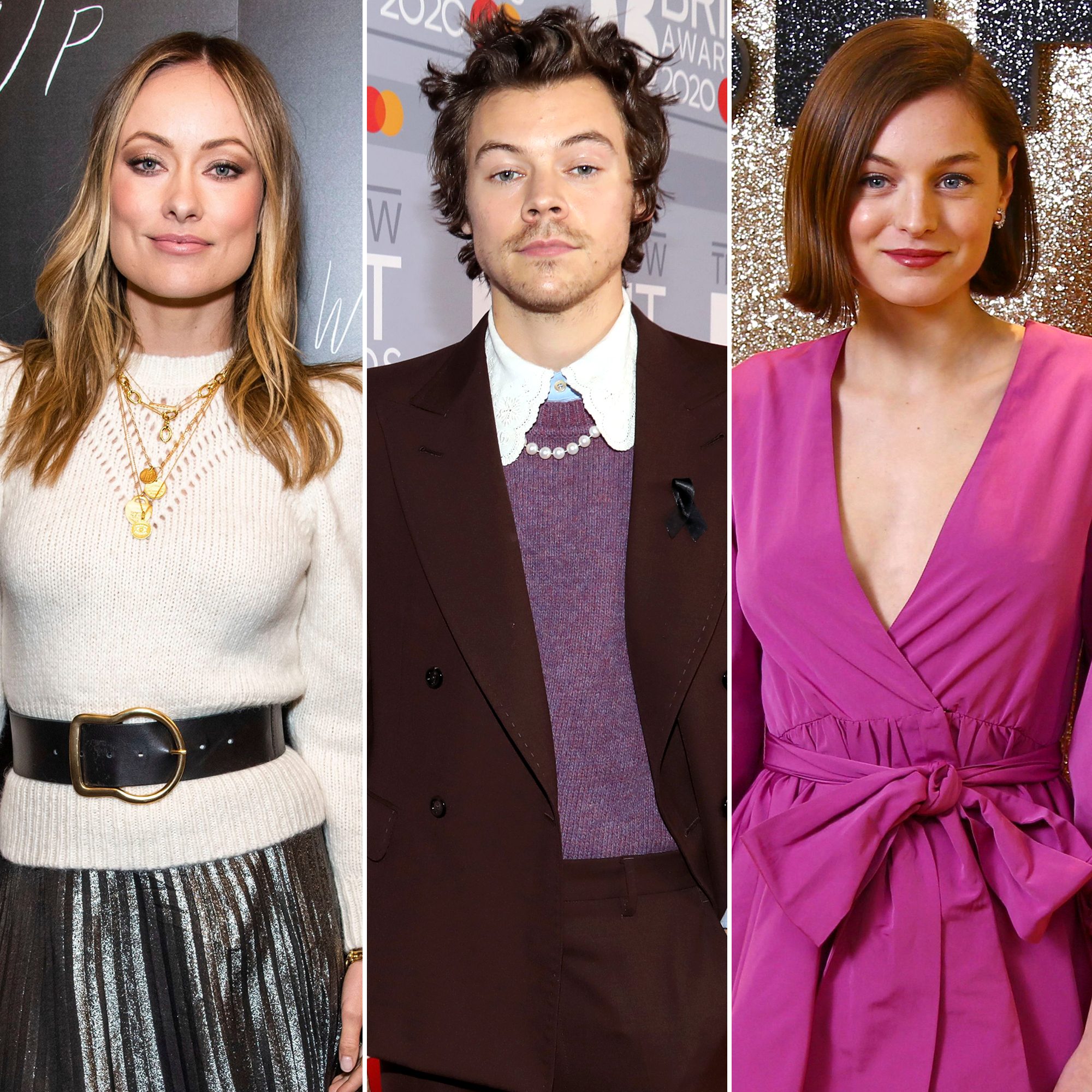 The director also has her own career to focus on. “Olivia’s busy working on her own projects and is currently getting ready to work on her biopic Perfect,” the source adds.

Styles and Corrin, 25, were spotted kissing while shooting My Policeman in the U.K. town of Worthing on Monday, May 3. In the movie, he portrays Tom Burgess, a gay police officer who is in a relationship with a museum curator named Patrick (David Dawson); the Crown star plays his wife, a teacher named Marion.

The former One Direction member and Wilde went public with their romance in January while attending a friend’s wedding in California. She directed him in the upcoming psychological thriller Don’t Worry Darling, which wrapped filming in February.

“Harry and Olivia had chemistry almost instantaneously on set,” a source told Us at the time. “It was only a matter of time before they got together.”

Styles and Wilde kept “their relationship under wraps for a bit before it became public knowledge,” an insider revealed in January. “They were very careful about it and even sleuthy at times, although the small group of people who were on set with them every day eventually figured it out.”

Us exclusively reported in April that the twosome were spending time in London. “She’s been staying at his place,” a source said at the time. “They’re trying to be as low key as possible and go to places that aren’t too crowded.”

Although they have stayed relatively under the radar, Wilde raved via Instagram in February that while shooting Don’t Worry Darling, Styles “blew us away every day with his talent, warmth, and ability to drive backwards.”

The O.C. alum shares son Otis, 7, and daughter Daisy, 4, with ex-fiancé Jason Sudeikis. Us confirmed their split in November 2020 after nine years together.