Liam Gallagher has reignited his feud with brother Noel after the latter angered fans over remarks he reportedly made about wheelchair users at Glastonbury. Noel was reported to have been discussing his time at Glastonbury Festival and, specifically, when he watched Jamie T’s set from the disabled viewing platform.

It was claimed that, among other comments, the musician quipped on Matt Morgan’s podcast that he would have “tipped” a disabled person out of their wheelchair so he could sit at the front of the crowd.

In a strongly-worded Instagram comment under his own picture, Liam blasted his brother’s alleged comments as he “apologised on behalf of my family”.

He wrote: “I’d like to apologise on behalf of my family about the little fellas recent remarks about people with disabilities SORRY were not all c***s LG x”

In a tweet sent yesterday, Liam doubled down on his assertion, stating: “We’re not all c***s The Gallaghers.” 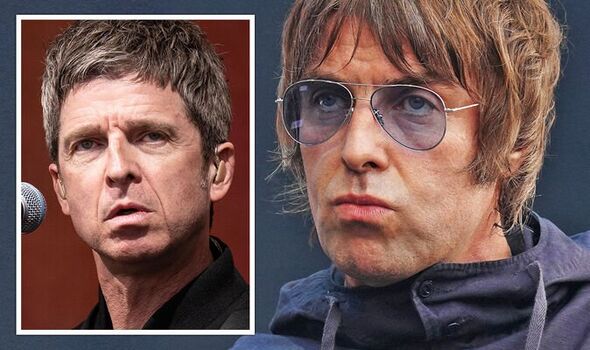 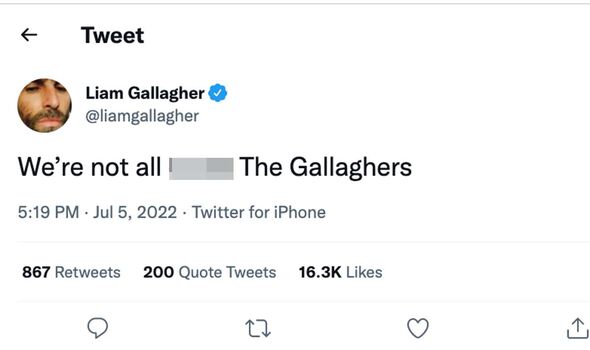 Some fans replied to Liam’s tweet as they agreed with the musician.

Neeceoige said: “OK. I get ya. My daughter is not a wheel chair user but has a severe disability.

“I was seriously seriously disappointed when heard the alleged comments.

“I was hoping that it was misquoted. I try not to believe everything on the Internet. But thank you.” 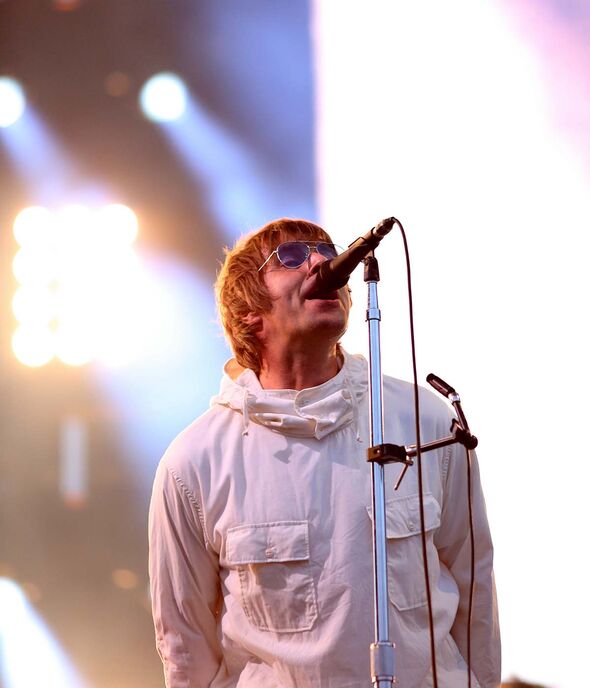 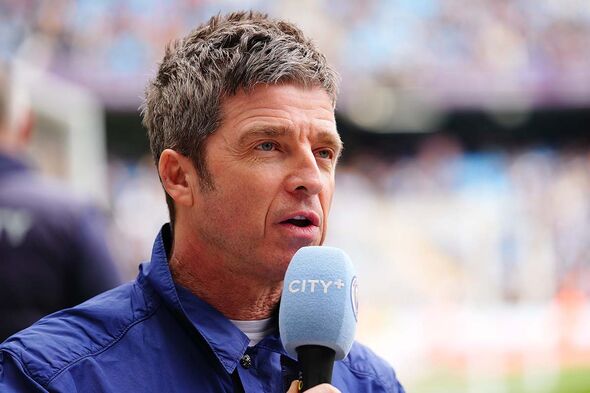 Jenferjuniper68 questioned: “Why would anyone say that?”

Noel reportedly told Matt Morgan’s podcast that he used his Access All Areas pass in order to gain access to the viewing platform and when a security guard tried to stop him, he replied: “See that pass mate? “It gets me any f***ing where.”

He has also purportedly joked that he would “touch people on the forehead telling them to ‘rise… you can walk’.”

Noel added: “I gotta say, those disabled cats have a great view of everything”, as reported by the Mirror.

Express.co.uk has contacted a representative for Noel for comment.

Warren Kirwan, the Media Manager at Scope spoke out on his outrage in an interview with the aforementioned publication.

He said: “The casual abuse and belittling of disabled people in this interview is vile.

“Noel Gallagher and Matt Morgan should know better and hold their heads in shame.

“There is no excuse for this kind of language.

“On top of that, accessible platforms aren’t for privileged rock stars and their friends.”

He concluded: “These platforms exist so that disabled people can enjoy live music – without them many of our festivals would simply be off limits.”