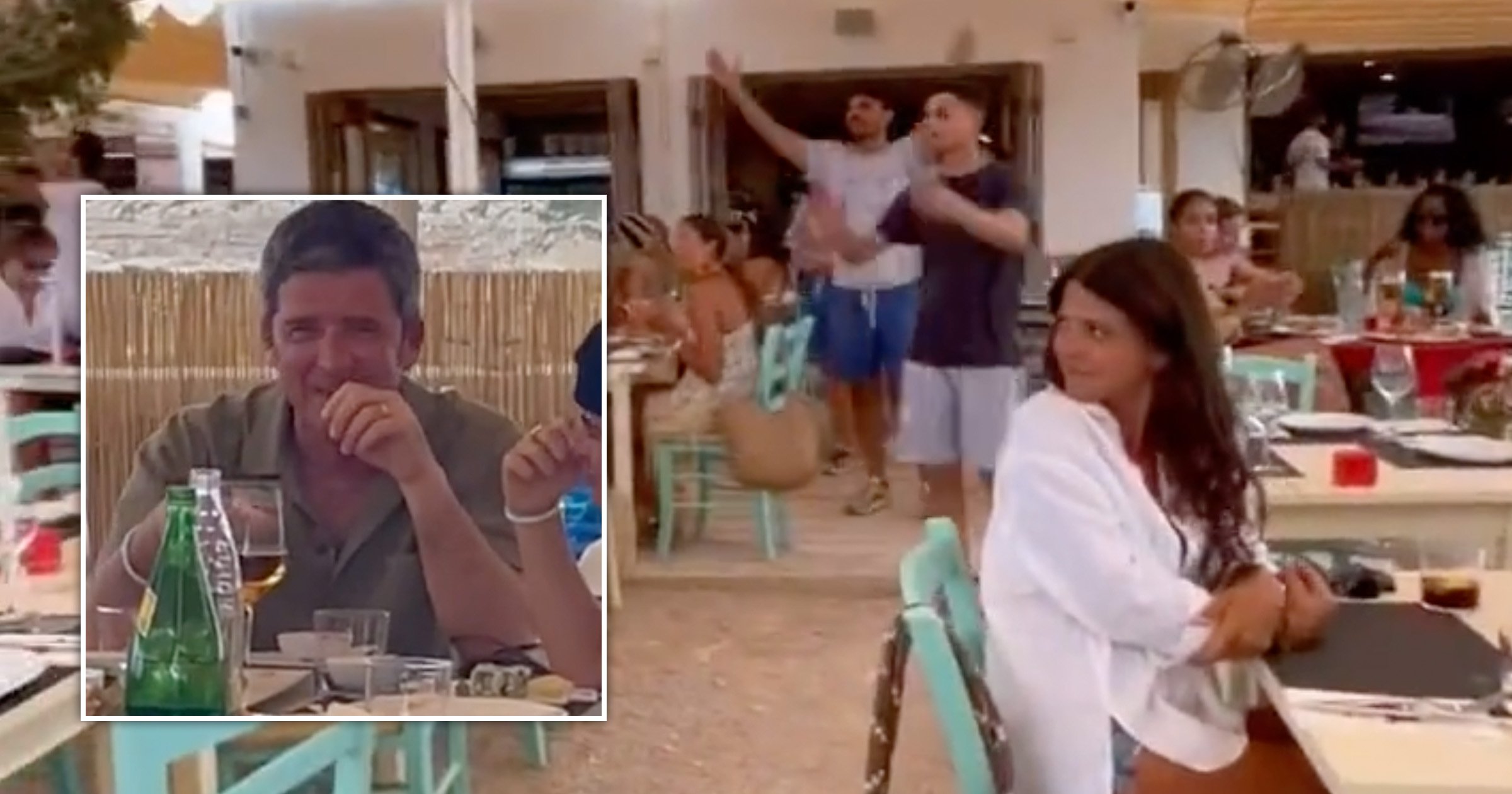 There’s no such thing as a quiet dinner out with the family if you’re Noel Gallagher as the Oasis star was serenaded by all of the other diners to his own song Wonderwall.

Noel was filmed sitting in a beachside restaurant with his family as the owners began blaring the band’s hit song through the speakers.

Looking slightly awkward, Noel was surrounded by other diners who broke into song, with some even standing up and clapping along to the track.

It wasn’t even just the human patrons who got involved however, as some dogs were also heard wailing along in the background too.

Noel was seen smiling as his wife, Sara MacDonald, captured the moment by videoing it all on her phone as they sat round the table together.

Getting into the spirit of the moment, Noel was also seen applauding the diners’ rendition of his own song as it reached an end.