2020 leading into 2021 was clearly a very busy time for Nick Cannon. The former “America’s Got Talent” host appears to be about to become a father of seven after he and his girlfriend seemingly dropped some very big news on social media.

Cannon is already a dad to six children, three of which he welcomed within a few months of the latest announcement. The host is, of course, father to Mariah Carey’s twins, Monroe and Moroccan, who the divorced couple welcomed into the world in 2011. The twins were Cannon’s only children for a few years, until the star welcomed his son, Golden, with Brittany Bell in 2017. The two then went on to welcome a daughter together, Powerful, who was born in December 2020. Bell confirmed the news with a sweet Christmas-themed family photo on Instagram.

But “The Masked Singer” host certainly didn’t slow down after that, though. On June 14, it was confirmed that Cannon and Abby De La Rosa had welcomed twins together, Zion Mixolydian and Zillion Heir, making Cannon a father of six.

Now though, it seems baby number seven is on the way for the star after a very telling Instagram Stories post on Father’s Day (June 20). Read on for what we know about Cannon’s apparent fourth child in a year.

Alyssa Scott showed off her baby bump alongside Nick Cannon 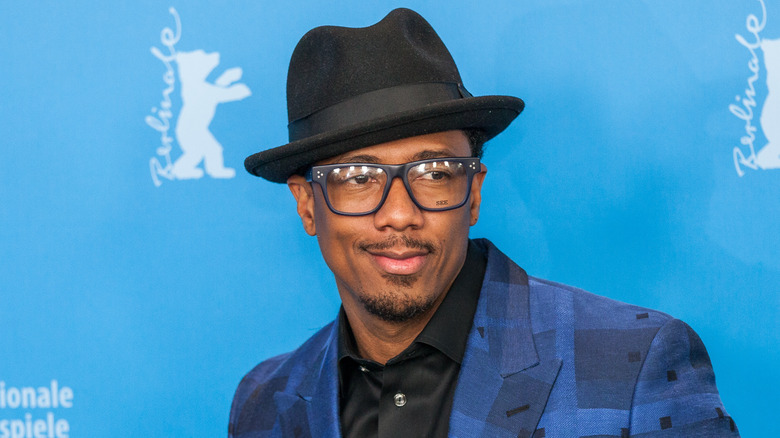 Nick Cannon’s girlfriend, Alyssa Scott, appeared to confirm she’s expecting his baby after she took to Instagram Stories to share a stunning photo of the two together showing off her growing baby bump (via Vulture). The two posed with Cannon sitting on a large rock while Scott stood in front with her back to him. Cannon placed both hands on her middle while she held on to his forearms with her eyes closed.

Scott captioned the upload, “Celebrating you today” with a red heart emoji, which was pretty telling for the Father’s Day upload. She didn’t tag the TV and radio personality in the post and his head was turned away from the camera, though the tattoos on his arms made it pretty clear it was the “Wild ‘n Out” star.

According to Us Weekly, the latest baby tease came a few days after Scott first hinted at a pregnancy on social media. She reportedly posted photos from a maternity shoot to her Instagram account in June and shared what seemingly will be the baby’s name, “Zen S. Cannon.” Scott is also reported to have thanked a fan who congratulated her in the comments section, though the upload has since been deleted.