Move over, Tide Pod Challenge — you’ve got company from the hottest social media outlet on the planet!

On Tuesday afternoon, government officials in Massachusetts issued a parental advisory warning notifying parents of a new challenge being done on video-sharing platform TikTok reportedly “involving the unsafe use of electricity and fire.” Wait, WTF?!

According to local Massachusetts TV station WHDH, State Fire Marshal Peter J. Ostroskey called out at least two documented incidents of electrical system damage and fires in the state, both due to teens allegedly taking part in a new “TikTok Challenge” of sorts.

Apparently, the challenge involves teens using TikTok to record themselves sliding a penny behind a phone charger that is partially plugged into the wall; when the coin hits the exposed metal prongs, sparks then shoot out of the outlet. Not surprisingly, this challenge isn’t exactly great for the electrical systems in the homes and buildings where it’s being done.

According to Ostroskey, there have been at least two confirmed incidents regarding the challenge so far within Massachusetts: one house fire in the city of Holden, and one burned-out electrical socket and frazzled wiring system at a high school in Westford. Apparently, the students who burned out the socket at that school are expected to face criminal charges because of it. Not great!

Ostroskey added more about the controversy, too, saying in a statement along with the advisory (below):

“This video is a concern and similar to past viral videos that encourage unsafe behavior. To prevent further incidents, parents should look for signs of fire play like scorched outlets … and speak with their children about fire safety. Have conversations about fire and electrical safety with tweens and teenagers. S.A.F.E. educators might reach out to their school partners because teaching why this is dangerous could be a good science lesson.”

Several fire departments in the state — including the one in Holden which dealt with the house fire there — have also released advisories about the purported TikTok Challenge. It’s unclear how many incidents like this have happened nationwide, but evidently Massachusetts found it to be a serious enough trend after the first two, and wanted to stop it right in its tracks, if possible.

So far, TikTok has yet to publicly respond to these apparent incidents.

Seriously, though, between the Tide Pod Challenge, the Cinnamon Challenge, this random condom-snorting thing, and now the TikTok Penny Challenge, what the heck will these crazy kids get into next?!

Don’t burn down your house, you crazy kids!!! 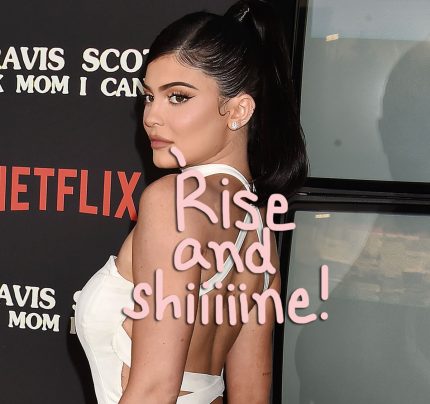