The moment that Jersey Shore fans have waited months for finally hit the airwaves on Thursday night. In the midseason premiere of Jersey Shore Family Vacation, Mike "The Situation" Sorrentino headed to court to receive the sentence for his tax evasion charge. Although this sentencing took place last year and fans already know the outcome, that did not make Mike’s court sentencing scene on Jersey Shore any easier to watch.

Pretty much all of Thursday night’s two-hour premiere focused on Mike preparing for his court appearance, along with planning his wedding to longtime girlfriend Lauren Pesce. Although both Mike and Lauren knew there was a chance he might be sent to prison, the engaged couple decided to get married in the days following his court hearing, so viewers got to see Snooki, JWoww, Deena, and Angelina help Lauren pick out her wedding dress and Pauly D, Vinny, and Ronnie get haircuts with Mike to prepare for the big day while the shadow of Mike’s legal woes hung ominously overhead.

When the big day came, it was one of the most emotionally fraught Jersey Shore moments ever. The whole crew dressed in black to meet Mike at the courthouse, where they immediately noticed he was not his usual upbeat self. Snooki and Deena began crying after Mike and Lauren walked away, and everyone else looked super upset as well… and things only got worse from there. 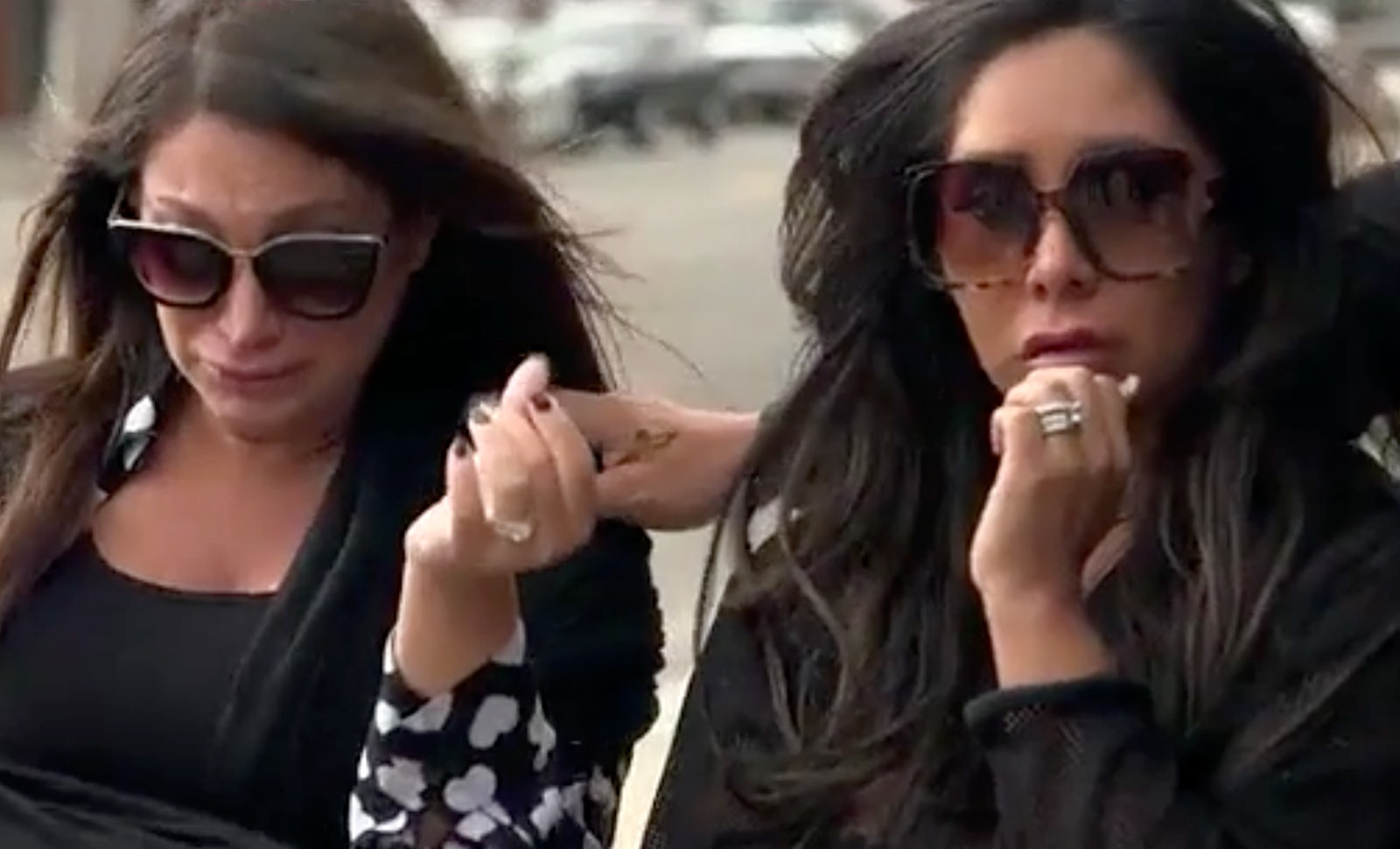 The group decided it would be best if only a couple of them sat in the court to create less spectacle, so Snooki, Pauly D, Deena, Ronnie, and Angelina waited for the verdict at a nearby restaurant while JWoww and Vinny watched the sentencing happen.

Going into the sentencing, Mike admitted to being nervous, knowing that he was facing 14 months in prison at the worst or probation at the best. According to him, nobody charged with his particular crime has ever gotten jail time, but he was afraid that the judge would make an example out of him since he is a public figure. At the very end of the episode, the cast watching the sentencing result of the restaurant reacts in an outpouring of tears when a TV reporter states that Mike was given two years of jail time.

The moment actually seems to be a misunderstanding, though, since in reality, Mike was only sentenced to eight months in prison. It seems like the group misheard the report and mixed up Mike’s sentence with his brother Marc’s, since Marc is the one who received a two-year prison sentence. After his sentencing, Mike was allowed to spend three months free before entering prison at the beginning of 2019, which is apparently when the bulk of this batch of Jersey Shore Family Vacation episodes were filmed, so fans will still see a lot of Mike this season.

Mike Sorrentino is currently six months into his eight-month prison sentence, and is scheduled to be released on Sept. 12. Fans will get even more of an inside look of Mike’s life leading up to prison in new episodes of Jersey Shore Family Vacation, airing Thursday nights on MTV.