Markle claimed that unlike other royals, her press team didn’t defend her when stories that were not true got out 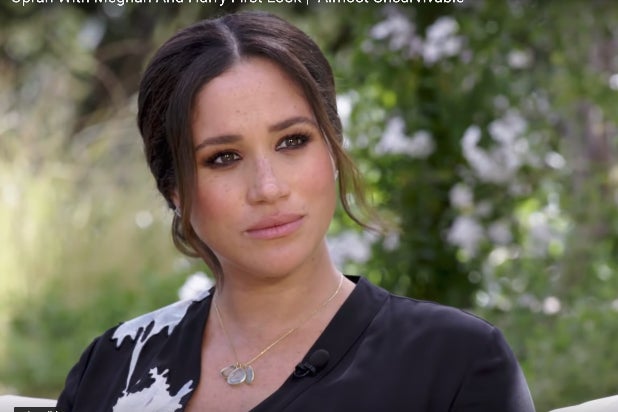 British journalist Emily Andrews contradicted Meghan Markle on Monday, tweeting that the duchess’ characterization of her royal press team from Sunday night’s interview with Oprah Winfrey was “not right.”

“Meghan says the press team didn’t defend her when ‘things weren’t true.’ That is just not right. The press team with whom I interacted defended them again & again & again, told me things were wrong (so didn’t publish) & indeed tried to stop me when true,” wrote Andrews, who is the royal editor for the Mail on Sunday.

She shared a clip from “CBS This Morning” that showed Markle detailing why she and Prince Harry moved away from the U.K. and stepped aside from their royal duties. Markle acknowledged that every member of the family has bad press, but because of her race and nationality, as well as the proliferation of social media, her treatment was different.

Speaking of the rest of the royal family, the duchess said, “You’ve also had a press team that goes on the record to defend you, especially when they know something’s not true. That didn’t happen for us.”

In Sunday night’s blockbuster interview, the duke and duchess described their experiences in the royal family and with the British press. Markle said that at one point, she felt suicidal.