Megan Thee Stallion took to Instagram to show off a video of her long gorgeous locks being washed at what appears to be a salon.

Megan Thee Stallion, 26, proudly showed off her “natural” locks in a new Instagram video on Mar. 23. The rapper was sitting down at what appeared to be a salon in the clip and her hair could be seen from the back. It was being rinsed out with water as she relaxed with her head back.

She revealed that she’s seen her hair grow in the caption for the video. “Yes I am still on my natural hair journey and yessss we have seen some growth 😛🔥,” she wrote.

Soon after she shared the eye-catching post, Megan’s followers were quick to respond with kind words. “Your hair is beautiful,” one follower wrote while another cheekily exclaimed, “Forget inches Meg going for yards!” A third wrote, “It’s the healthy curl pattern for me” and a fourth pointed out her hair had “a lot of growth.” 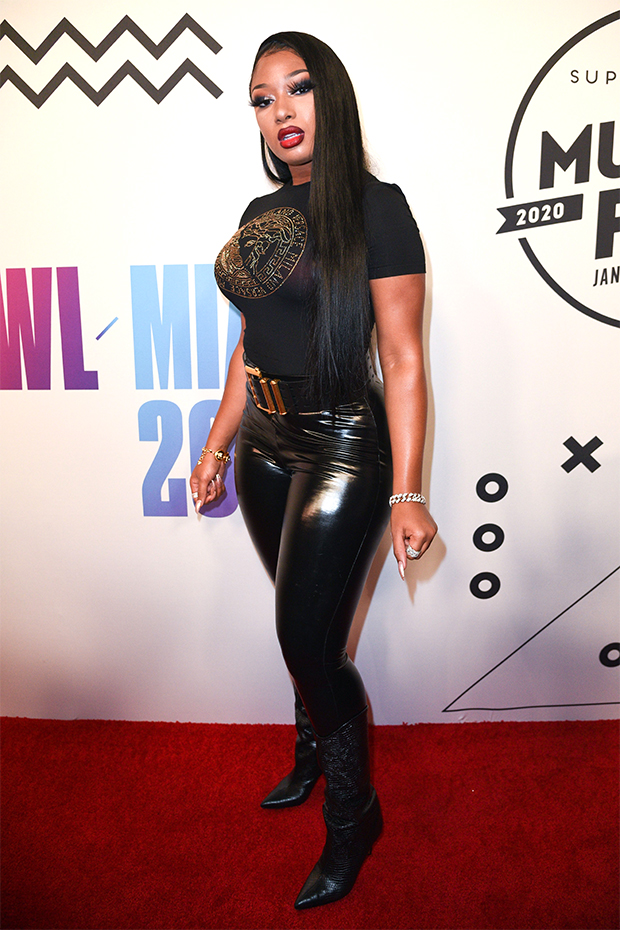 Before her latest video, Megan stunned at the 2021 Grammy Awards earlier this month. In addition to taking home the awards for Best New Artist, Best Rap Song and Best Rap Performance, she rocked the award show stage with an epic performance of some of her hit songs, including “Body” and “Savage.” She twerked while wearing a custom-made Dolce and Gabbana nude illusion bodycon suit with hand stitched Swarovski crystal accents.

She also joined Cardi B on stage for their “WAP” collaboration. It was the first time they ever performed the song live on television and they definitely made a lasting impression.

During the actual Grammy Awards ceremony, which took place in an outside setting, Megan also wowed in a bright orange sleeveless Dolce and Gabbana gown that included a high slit and massive bow in the back. She topped it off with a necklace, bracelets, and earrings and had her long hair tied up with some side strands hanging down. All eyes were on her as she confidently posed on the red carpet in the fashion choice and she was one of the best dressed of the night.