Actually, Kate dated a few people before settling down with William and becoming a casual future queen, and the time has come to meet them all. But before we get into it, please be advised that Prince William was pretty much the University of St Andrews’ most eligible bachelor and has a miles-long dating history of his own.

Kate and her “first love” Willem dated before university when they were at Marlborough College, and while not much is known about their relationship, apparently it ended on good terms!

Nowadays, Willem is a reporter for CNBC, and Honey9 reports he’s married to TV presenter Johanna Botta (that Insta above is a pretty cute look at their relationship).

Kate also dated Harry before going to University of St Andrews (while she was at Marlborough College), and apparently he broke her heart. To the point where she was still hung up on him during a three-month pre-college trip to Florence with friends in 2001.

“When Kate arrived in Florence, she was really hung up about Harry,” a source told The Daily Mail back in 2020. “She spoke about him all the time and he seemed to have messed her around quite a bit. He seemed to have blown hot and cold with her when they were at school, and she was always talking about how she could get him back. He was also in Florence at the same time but from what I can remember, nothing happened.”

According to The Mirror, Harry ended up marrying a friend of Kate’s, and he’s now a partner at the world’s largest independent insurance broker. 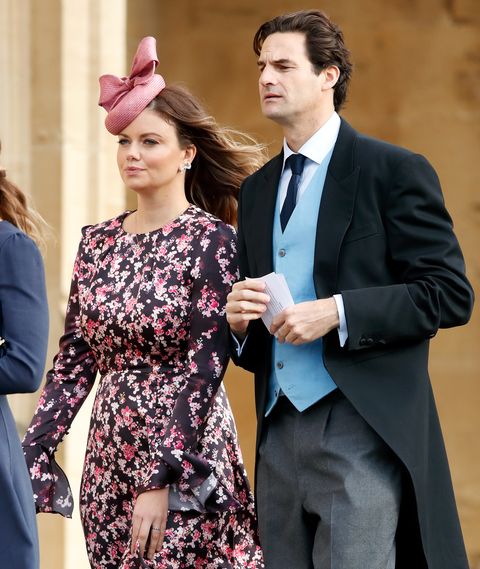 Kate briefly dated Rupert in school, and while their relationship didn’t work out, they definitely remained friends. Actually, he and his wife Lady Natasha Rufus Isaacs are close with a buncha the royal family—and that photo up ^ there ^ is them attending Princess Eugenie’s wedding.

Kate’s final boyfriend before settling down? Henry Ropner (no pics, sorry), who she dated during a brief breakup with Prince William—an iconic move considering Wills and Henry were friends. As a source told The Sun (via The Daily Mail) at the time, “Henry is delighted to be there for Kate now that she’s split from William. They’ve been meeting up and enjoying themselves. There’s been a lot of flirting. Now she’s single, Kate is enjoying Henry’s company regularly. Henry is very wealthy. He has moved in William’s circle for years.” Kate is truly a legend for this.

Anyway, Kate and William obviously got back together, and shortly after the following things happened: